“No Burqas Behind Bars” Tells of Passion and Pain 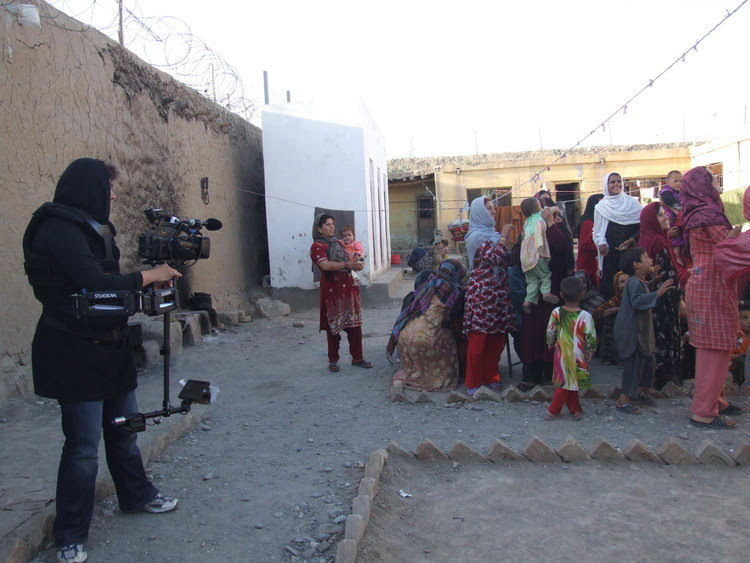 Transported to a world vastly different from our own, students and faculty gathered together this past week to watch the film No Burqas Behind Bars. Following the stories of three distinct women in an Afghani prison, this hour-long film captures the tragically beautiful stories of young women fighting for their rights in an oppressive prison regime. Screened as a part of the weekly “Alternative Cinema” series, No Burqas Behind Bars is a transformative film that delves into stories of passion, pain and suffering.

The film features each woman’s unique story and gives insight into Takhar Prison life. Director of Photography, Rozette Ghadery, will speak to students and guests about the process of shooting this film in November. Until then, though, the trauma and injustices that these women face are undeniably clear.

Sara, a young woman of about 20 years old, is serving a 3-year sentence in Takhar Prison for rejecting her family’s desire for an arranged marriage by running away with another man. Every day, Sara writes letters to her love, Javid, who is imprisoned on the other side of the wall (the prison is segregated by gender). Hoping to marry once released, Sara clings to her connection to Javid as her only saving grace; she is well aware that her brothers will kill her if she is released without a husband.

Sara serves as the narrator throughout the film, providing commentary on Sima and Nadjibeh’s situations too. Nadjibeh, who is forced to sell her son in prison because she cannot afford to care for him, has constant outbursts of violence and aggression toward other women. Sima, on the other hand, goes about prison life with her six children quietly, and is thankful to be behind bars where her husband does not have the ability to beat her. Crying out together “What do I do to get beaten everyday?,” these women are inextricably connected through their stories of pain and suffering.

Reflecting on her life in prison, Sara shares that she is confident in her decision to run away with Javid, despite the consequences.

“Before I was forced to be married I managed to save my life from disaster … Prison is much better than my home. Guards have become like my mother, prisoners like my sisters,” she said.

A makeshift haven for these survivors of domestic abuse, the women living in the Takhar Prison have more freedoms there than ever thought imaginable. In common spaces, they do not have to wear their burqas (unless seeing visitors) and their children, some of which were born in prison, are free to play together. Sima does not mind serving her 15-year sentence.

“I am forced to be in prison, but at the same time, it’s the only place where I feel free,” Sima said.

Although removed from their abusive homes, the women in Takhar Prion are still subject to abuse and trauma. Throughout the film, Sima’s husband visits her and spends an hour shaming her for dishonoring his family and beating her. During one visit, Sima says, “When he came here a few days ago, he just beat me and left.”

The prison guards act as intermediaries between the women and their husbands, but they only have so much power against the law. Speaking about the law and the larger social order in her community, Sara commented on her role as a woman.

“The law never asks us what we want from our life because the law doesn’t understand women,” she said.

The film concludes with Sara and Javid’s release back into society. Writing to Javid one last time, Sara asks if he will still marry her as he promised before, knowing that rejection means her death. Upon leaving, she makes eye contact with Javid; he leaves prison without her, practically signing her death sentence.

Sara ends up living in a women’s shelter while Sima continues to live out her sentence in the Takhar Prison. Because of her violent outbursts and little regard for her own life, Nadjibeh is transferred to a more secure prison.

Showing the duality of prison life for women in Afghanistan, this film gives incredible insight into the struggles of these women. Though beaten and hurt beyond imagination, the women band together to protect each other. At Sara’s release, the other women embrace her with love and tell her to “go live like a lion.” Bringing to light issues of domestic abuse and the lack of some women’s rights in Afghanistan, No Burqas Behind Bars is a must-see story of resilience, pain and community.

This film can be viewed through the library website.