In the Light: Kyle Griswold 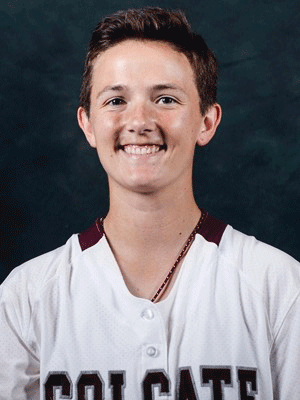 Kyle Griswold joined the Colgate community from Orange, California, just north of Santa Ana in Orange County. He was recruited by the school’s softball team but soon fell in love with the campus when he saw what else it had to offer.

Pursuing a Psychology major and LGBTQ Studies minor, Griswold has enjoyed the distinctive and diverse education Colgate has been able to offer him.

“The various courses that I’ve taken because of the liberal arts nature of Colgate have made me a much more well-rounded person,”  Griswold said.

A pitcher for the school’s varsity softball team, Griswold has been honored as both an All-American Scholar Athlete and was placed on the All-Patriot League Softball Academic Honor Roll. Though not in it for the awards, he has treasured his time playing on the team as well as the bonds he’s created with his teammates.

In regard to his participation on the team he said, “Playing a sport for four years gave me a respect for community, dedication and effort.”

He has also been involved in the university’s LGBTQ initiatives, working as the program’s intern. He has organized events for the department, such as the Blue4Q Game, a basketball match dedicated to increasing LGBTQ awareness and support in the Colgate community.

Griswold transitioned socially from female to male during his time at Colgate, a process he cites as a source of large personal growth. One of his proudest achievements on campus has been creating an easier path of transition for other transgender students, either those already attending the university or those who plan to attend Colgate in the future.

Griswold says, “I had to work with my dean and boss in order to forge a pathway for future trans students, in terms of getting a new gate card, changing my name in Banner, etc. It was a long and difficult process for me, but has been much easier for younger students.”

Though difficult, it was well worth the work he put in, reaping benefits not only for himself but for many students to come.

For all Colgate students, Griswold gives this parting senior advice: “You can’t go through Colgate scared of failing. You have to strive for success, not just survival.”

It seems Griswold has used this advice in his own Colgate career, and hopefully underclassmen can take a note from his journey in shaping their own Colgate experience.

To nominate a senior for In the Light email [email protected]