Andrew McAfee Asks: “Can We Solve Our Big Problems?” 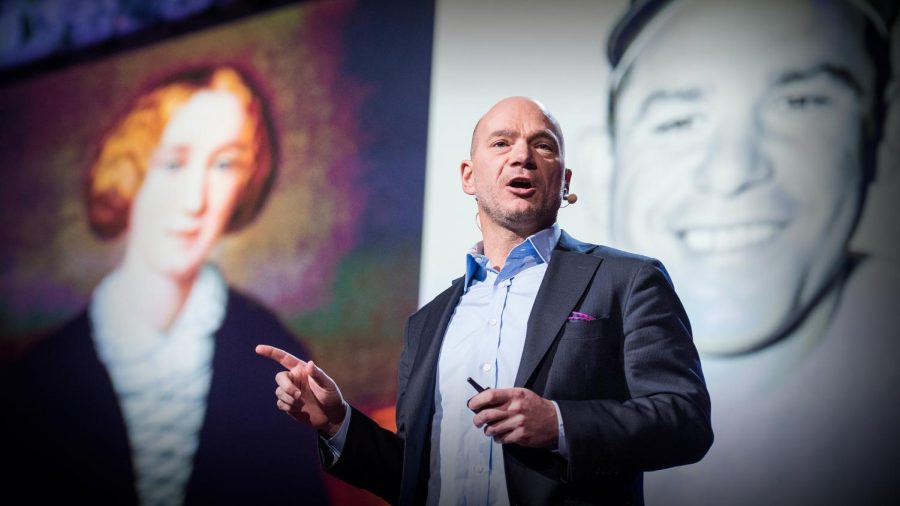 Living in the midst of a global pandemic, it is often hard to remain optimistic. Between news about rising infection rates, a second wave in Europe and tightening restrictions across states dominating media outlets, it’s no wonder our natural state has become one of worry and panic. On Thursday, Oct. 22, Colgate students and faculty were temporarily pulled away from the cycle of negativity created by COVID-19 as the virtual lecture “Can We Solve Our Big Problems?” with Andrew McAfee reminded people about the world’s incredible progress and the major problems it has overcome.

This virtual lecture began with a brief introduction from Illan Nam, Associate Professor of Political Science and Director of the Lampert Institute, who provided background information on McAfee and his line of work. Nam highlighted McAfee’s work as co-founder and co-director of MIT’s Initiative on the Digital Economy and is a Principal Research Scientist at MIT Sloan School of Management. McAfee is also the author of several books, including his most recent publication in 2019 More from Less: The Surprising Story of How We Learned to Prosper Using Fewer Resources — and What Happens Next. Nam wrapped up her introduction by emphasizing that McAfee largely focuses on how digital technologies change the world.

McAfee jumped into his presentation by speaking about the important problems that the world faces, and how humans and our innate desire for growth are the common sources of these problems. McAfee explored the question of whether we can solve the problems we face in his lecture by taking a deep dive into three major problems that the world has historically encountered.

The first problem that McAfee explores is that the world can not feed everyone. This concern was initially brought to light when Thomas Malthus worried that humans would run out of food if we were left to our own devices. More specifically, Malthus hypothesized that humans were doomed to swing back and forth between having a large population and low prosperity or having a small population and high prosperity. Even though data from England between 1200 – 1800 suggests that Malthus’ hypothesis was correct, McAfee argues that this problem was solved by the industrial revolution. After the industrial revolution began, the oscillations that Malthus was worried about became a thing of the past, and population and prosperity levels continuously increased together.

The next problem that McAfee examined was that humans are going to deplete the Earth’s resources. This has historically been a major concern because human’s large and sustained appetite for growth has called for the use of many finite resources. Historical data from the United States illustrates a positive correlation between increases in GDP and increases in resource usage. However, McAfee argues that the problem of high resource usage has been solved by computers and capitalism. As companies now desire to increase profits by cutting their material costs, the amount of resources used no longer proportionally increases with GDP.

The third and final problem that McAfee explored was that humans are polluting the world and wiping out species. For example, the last passenger pigeon died in 1914, and humans almost completely wiped out blue whales in the 1900s. Fortunately, McAfee articulates that the solution to this problem came about from public awareness and a responsive government. As people voiced their concerns, governments implemented positive change and prevented the extinction of some species that had become endangered through a series of laws and regulations.

As McAfee’s presentation came to a close, he summarized his main points by stating that capitalism, technological progress, public awareness and government responsiveness are the four essential factors that helped solve some of the world’s biggest problems. McAfee also explicitly stated his overall thesis that humans can absolutely solve our big problems while continuing to grow.