I Made Saba Laugh: The Legacy of David White 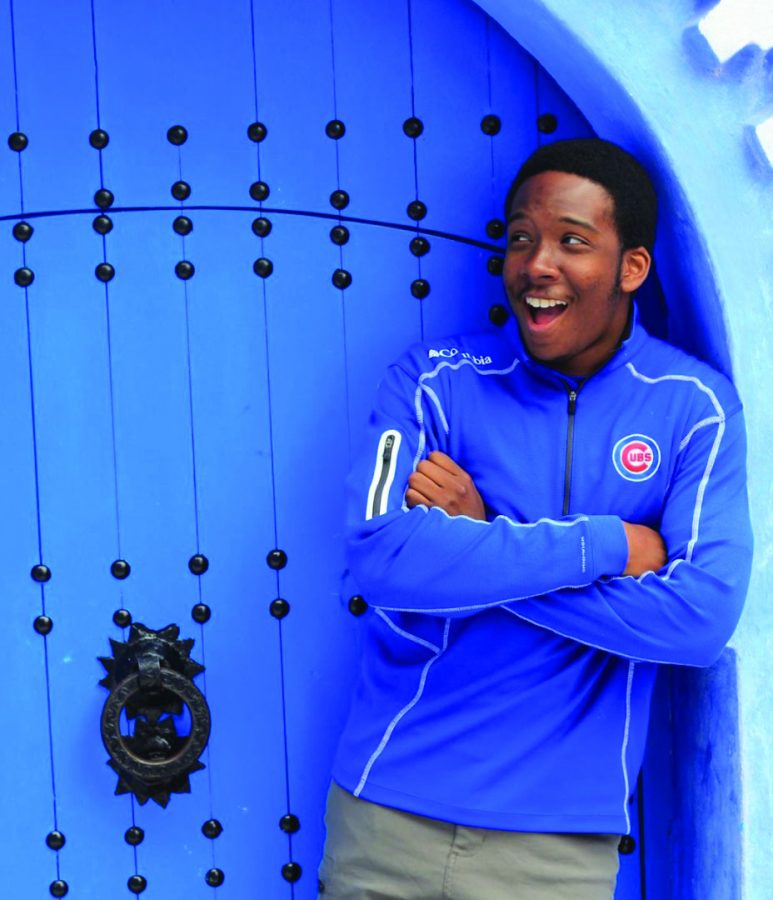 David White is a senior from Atlanta, Ga., specifically Snellville, concentrating in biology with a minor in sociology. White holds leadership positions as the president of the Black Student Union (BSU) and co-president of Brothers, both of which have helped spread awareness about issues BIPOC students face around the Colgate community and fostered community among BIPOC students. Outside of his academics and leadership roles, White enjoys, “poetry, the great outdoors, playing video/board games, volunteer work and making people smile.”

White is the current president of BSU, which, according to the club page, was founded in 1968 with a mission to “stimulate the cultural, political, international and educational identity of Black students at Colgate.” The club hosts activities and programs that inform and enrich the public, as well as maintain relationships with black alumni/ae and other Black organizations on campus.

White has been a part of BSU since the Spring of 2018. As the president of BSU, White ensures that the club stays afloat and aims to provide an environment where members feel loved and welcome. White has personally helped plan BSU’s first ever trip to the annual Black Solidarity Conference, bring well-known artists like Saba and Waka Flocka Flame to campus and host mental health panels. Many of these events were largely attended by the Colgate community.

The role of co-president of Brothers requires many of the same responsibilities as running BSU. White is conscious of the comfort of the other members of Brothers, as well as ensuring the club stays together and planning events for enjoyment. The purpose of Brothers is to “educate and promote awareness of the social issues experienced by socioeconomically challenged individuals of African American, Latin American, African, Middle Eastern, Asian or Caribbean descent within the global community at Colgate University and similar type campuses,” according to the club’s Get Involved page.

The most memorable event at Colgate for White was the Saba concert, one of the events that he helped plan. Saba is one of White’s favorite artists, which made the event even more special.

“When I had the chance to meet him and take pictures with him I was too ecstatic; he even laughed at one of my jokes! Still the highlight of my college experience,” White said.

White also enjoyed the Black Solidarity dinners, as well as the annual POC formals hosted by BSU, which he looked forward to each year.

In his leadership roles, there are a few changes that White hopes to work towards and eventually see on Colgate’s campus. One of these changes is addressing the disconnect between the administration and the needs/requirements of the student body.

“While SGA does help close that gap, there are still times when the voice of the student population is simply overlooked, and it can feel as though our voice goes in one ear and out the other. That lack of communication is one thing that I want to change because there are so many issues on campus that could be resolved if our voices are heard,” he said.

White can imagine this change happening with the collaboration of everyone in the community. An example of one thing that would help this collaboration, according to White, is if more students were involved in SGA and the town halls they host. Aside from student involvement, White takes issue with the communication between the administration and student body and the response time regarding the handling of investigations.

“When racial/sexual problems arise on campus, there [are] typically slow and unfruitful response times and actions taken that do not solve the issue, but instead creates the idea that people can do what they want without repercussions,” White explained.

White has held many leadership positions on campus that are active in creating change and awareness for the Colgate community. His hand in activism has been important, and his programs and events are popular and appreciated by a huge part of the student body. After his graduation this spring, White plans to continue to help foster equality among communities.

“I plan on pursuing a masters in public health and becoming an epidemiologist and working on improving the living conditions for the everyday American so that there is equality in the public health sector,” he said.