Call Me By Your Name Beckons Viewers With Stunning Storytelling 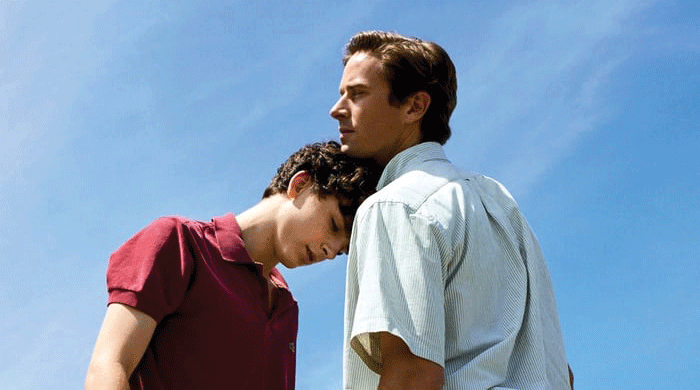 The nominees for the 90th Academy Awards were recently announced on January 23, creating buzz in the entertainment world as well as all over social media. I personally was most excited by Get Out’s four nominations, including Best Picture, Best Director and Best Actor; Call Me By Your Name was also nominated for four awards, in the same categories mentioned above. However, my interest to see the film wasn’t stimulated until I watched Variety’s “Actors on Actors” series, starring the films’ respective leads, Daniel Kaluuya and Timothée Chalamet. Both rising stars, the two bonded quickly and asked each other questions about the production process, pre-fame careers, etc. My curiosity was stoked after references to peaches, Italy and coming-of-age, in addition to Chalamet’s charm – which translated very fluidly on-screen.

The plot of Call Me By Your Name is quite simple: the protagonist Elio (Chalamet) is a very smart, gifted seventeen-year-old Jewish-American living in the Italian countryside with his parents. His father (Michael Stuhlbarg), a professor of Archaeology, invites an American graduate student, Oliver (Armie Hammer), to live with his family during the summer of 1983 and help with his research and paperwork. At first the two young men clash, due to Elio’s resentment of having to give up his room and their contrasting personalities; over time, their friendship and understanding of each other progresses and  develops into a mutual romantic attraction.

The film is beautifully shot, with the guidance and direction of Luca Guadagnino, renowned for his work in the visually captivating I Am Love and A Bigger Splash. It certainly helps that the story is set in an Italian summer; the harsh Colgate winters make one wistful. Italy, of course, needs no introduction. Overall, the cinematography and the setting contribute to the inherent sensuality of the movie, without being explicitly sexual.

Chalamet’s performance really sold the movie, and it’s no wonder that he was nominated for “Best Actor” for the Academy Awards. He portrays Elio with subtlety, sensitivity and heart, which is all the more impressive given that the script is relatively light. The ending in particular was quite impactful on his part and left me very much impressed. Hammer is suave, confident and assertive as Oliver – a character that anyone would easily fall in love with – and his chemistry with Chalamet is fantastic. Stuhlbarg’s short but sweet performance was also critically acclaimed.

Many predict Call Me By Your Name will become a modern day classic in LGBTQ cinema, in a canon of films like the recent Carol and Moonlight. It truly is a pure, beautiful love story, both empathetic and heart-breaking in a number of ways. Before you know it, the Oscars will arrive and your predictions will be put to the test, so go watch the movie while you still can! Regardless of what kind of audience member you are, it is difficult not to become emotionally invested in Elio and Oliver’s relationship. In fact, the only type of viewer I would not recommend this movie to is maybe an avid peach eater; trust me, you’ll know what I mean when you see it.