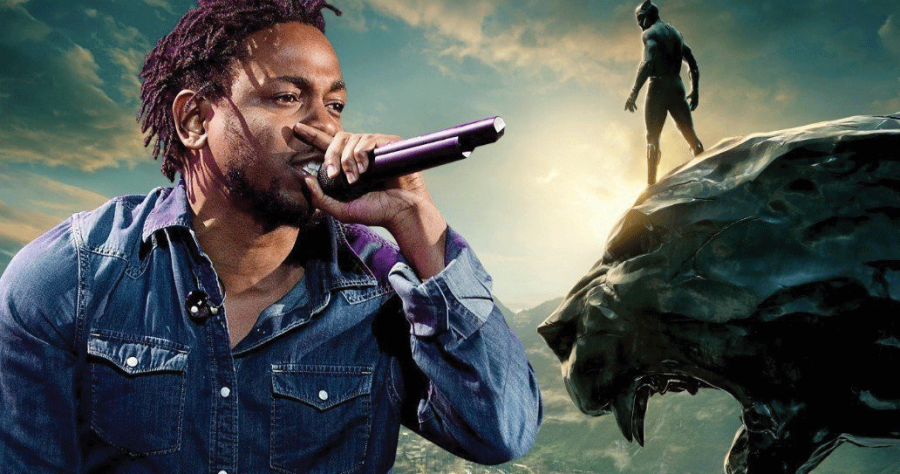 Lamar’s music adds a new layer to the dimensions of Black Panther.

Fans and newcomers alike should take notice of Black Panther The Album (Music From and Inspired By), produced and curated by Kendrick Lamar and Anthony “Top Dawg” Tiffith, which will be released on Friday, February 9. Particularly exciting for Lamar, Black Panther is the first film in which he has been involved.

“Marvel Studios’ Black Panther is amazing, from its cast to its director. The magnitude of this film showcases a great marriage of art and culture. I’m truly honored to contribute my knowledge of producing sound and writing music alongside Ryan [Coogler (the director)] and Marvel’s vision,” Lamar said in an interview with Variety.

Lamar is the perfect artist for this role as co-producer, as there are several parallels between Lamar and the Black Panther. Both are black heroes and kings who have inspired positivity and power.

“I am honored to be working with such an incredible artist whose work has been so inspirational, and whose artistic themes align with those we explore in the film,” Coogler said regarding working with Lamar, also in an interview with Variety.

On January 31, Lamar released the album artwork and tracklist via Twitter announcing that he appears on five of the LP’s 14 tracks. Produced by Sounwave and Al Shux, the album’s lead single “All the Stars” features R&B artist SZA, and a groovy two-step beat. A popular jam, it was performed by Lamar at the College Football National Championship on January 8.

attain the same acclaim and sales as his fellow Top Dawg Entertainment (TDE) label mates. James Blake barely graces the song but his part is integral because it marks a critical shift in mood, beat and theme. The song is a reference to the death of King T’Chaka in the Captain America: Civil War movie, and shifts the mood to portray the transfer of power that challenges Black Panther’s kingship. However, we will have to watch the movie to see how the storyline and remaining songs play out.

“Who need a hero? / You need a hero, look in the mirror, there go your hero,” raps Lamar in The Weeknd-assisted “Pray for Me.”

This line is a reference to Black Panther’s internal conflict of assessing his self-worth. Lamar relates, and the title of the song is an allusion to DAMN. One of DAMN.’s motifs was the refrain “ain’t nobody prayin’ for me,” a realization that you have the power to either be your own hero or your own villain. Although there are people there for you, sometimes it can feel as if they’re not – or that they can’t help you. It’s up to you. You need a hero? Be that hero. Lamar is a hero. Black Panther is a hero.

Although the soundtrack is important, as its lyrics deal with real, societal and timely issues, the music complements the movie and further develops its different themes, characters and plot. The album is a product of inspiration taken from the film. Black Panther The Album (Music From and Inspired By) comes out a week before the general premiere of the movie, and it will be interesting to see where the music is used in the film. Lamar is one of the most impactful leaders of this age; if he is successful working with movies, what will he accomplish next?