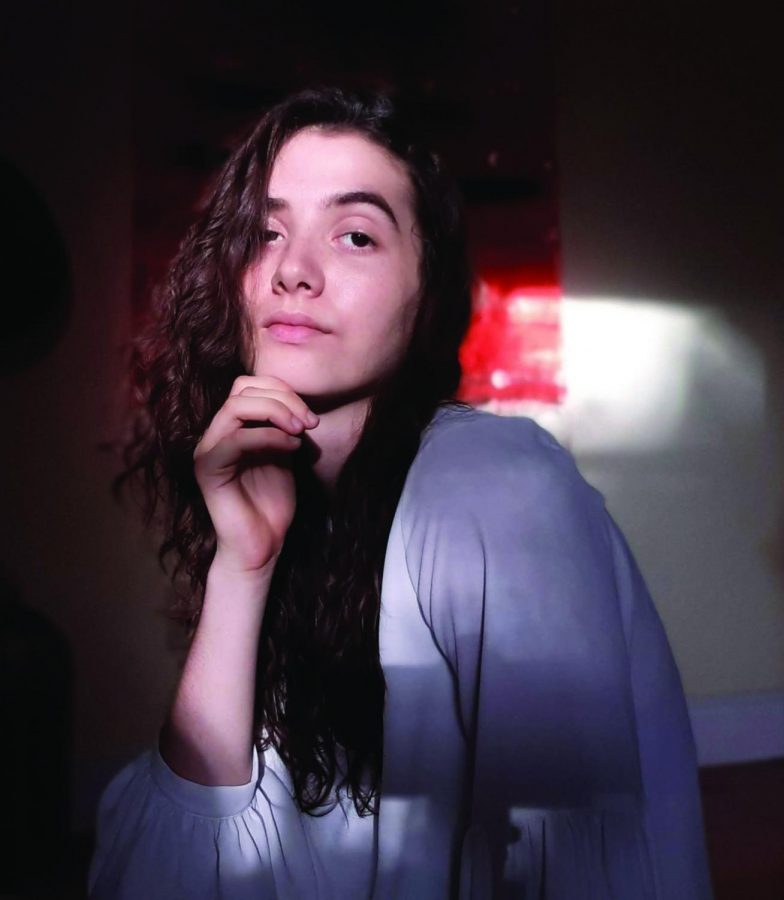 “I didn’t realize how much I loved dancing until I got to Colgate,” senior Savannah Milton said.

Now serving as president, Milton joined the Bellydancing Club during the fall semester of her sophomore year. A quarter Arab on her grandfather’s side of the family, she was seeking a way to reconnect with her roots.

“I don’t really have any cultural connections because I never met my great grandparents, so it was sort of a way to get in touch with family history, even if it isn’t really a cultural club,” she said. “I also just love trying new things and it was a way to be more confident in myself.”

Although Milton’s love for bellydance was sparked when she arrived in Hamilton, her dancing roots stem back to when she was a little girl. Born and raised in Miami, FL, her parents instilled in her a passion for dance. Milton noted that her parents performed ballroom together when they were in college, and her dad used to dance with her when she was little.

“I was tiny so he could do all the cool flips and lifts, and they’re some of my favorite memories. I wanted to be that person who could pass that kind of memory on,” she said.

Aside from passing on memories and reconnecting with her family heritage, Milton’s love for bellydance is about community and connecting with the body.

“[Bellydance] is about getting in touch with my body and not worrying much about what I look like,” she said. “It’s also a really fantastic community because everyone understands how strange it can be to move your body in ways you haven’t before – just try a body roll!”

As the president of the Bellydancing Club, Milton is in charge of choreographing these unusual body movements, including the body roll. She has to figure out how to get everyone to move together in a cohesive manner while avoiding repeating the same moves all the time.

Milton is also in charge of recruiting new members, and she’s insistent on getting more guys in the group.

“I think there’s a perception that bellydance is just for women, which isn’t true at all, and I’d really like to change that. We accept everybody no matter their identity or ability,” she said.

A big event for Milton and the Bellydancing Club is Dancefest. In the past, Dancefest has been a way to showcase all of the hard work put into choreographing their routines. Dancing in front of hundreds of people isn’t easy, but for Milton, the experience is worth it.

“Dancefest is nerve-wracking, but it’s also a complete blast. Hearing people cheering for you is a serious rush. I honestly think I get up on stage, blackout for two minutes, and then walk off. The dances go by so fast and you’ve drilled them to the point where it’s basically muscle memory,” Milton said. “I think performing with the silk fans is one of my favorite parts of Bellydance. They’re loads of fun to use and everyone in the audience always goes crazy.”

When Milton isn’t busy dancing or choreographing, she spends her time working towards her anthropology concentration. Specifically, she concentrates in archaeology and double minors in museum studies and linguistics. Her passion to keep digging towards the unknown led her to Hamilton and has been an important part of her Colgate experience. In fact, her decision to attend Colgate stems from the variety of studies and activities it offers.

“I have too many interests to have committed to one subject, so I wanted something with options. That and the fact that [Colgate] had a bunch of cool clubs was a big selling point,” Milton said.

Milton is also an active member of various organizations on campus, including Ballroom Dance, Latin American Dance, Bollywood Dance, the Grappling Club, Rock Climbing and Fencing. In the past, Milton has been involved in the Woodturning Club, had her own radio show and even worked in the Costume Shop.

After Colgate, Milton envisions herself doing archaeology, digital heritage work and possibly public education. Currently, she is applying for master’s programs in archaeology but is excited about the possibility of doing underwater archaeology or working with drones and 3D scanning.

“So many sites are threatened by climate change, and I want to work to document and preserve them. As long as I get to play with all the cool toys, I’ll be happy!” Milton said.

It’s evident Milton is determined to explore and seek out new experiences regardless of her skill level.

“It makes me feel good knowing I can do it, whatever it is. I don’t mind being an amateur at everything. You don’t have to do stuff just because it looks good on a resume. Sometimes it’s okay to just be curious.”

Milton’s curiosity has led her to an unforgettable career at Colgate. Her imaginative and adventurous nature is partially inspired by her abuela (grandmother), who has traveled all over the world, and the creativity of important figures like Nikola Tesla and Leonardo Da Vinci. She even draws inspiration from science fiction, specifically Marion from Indiana Jones.

“I too want to look fabulous and punch Nazis,” she said.