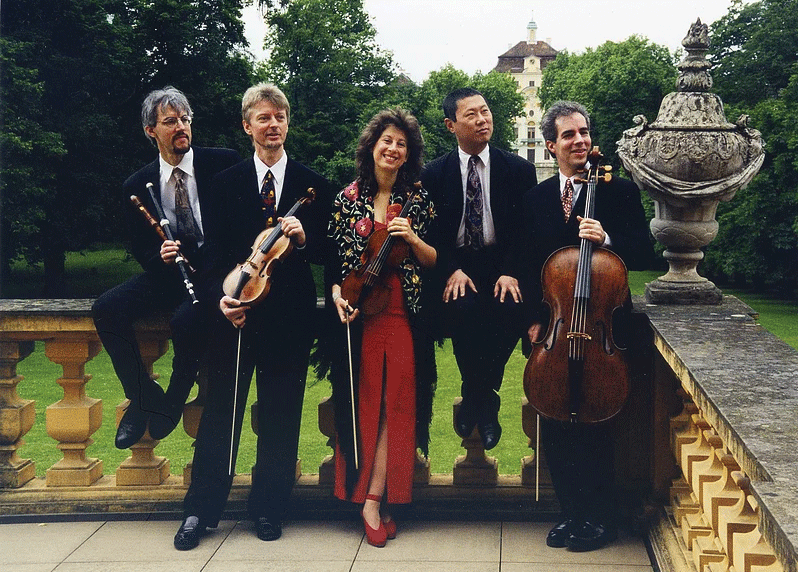 The group is known for their  traditional Baroque sound, featuring violins and violoncellos.

The REBEL Ensemble for Baroque Music performed at the Colgate Memorial Chapel on Sunday, February 11. The group is made up of four musicians: Jörg-Michael Schwarz and Karen Marie Marmer on the violins, John Moran on the violoncello and Dongsok Shin on the harpsichord. Formed in the Netherlands in 1991, the group is named after the French Baroque composer born in 1666, Jean-Féry Rebel. The first year the group was formed, they won first place in the International Van Wassenaer Competition in Utrecht.

The REBEL Ensemble has performed all over Europe and in 38 states, and has collaborated with numerous vocalists, including Max von Egmond, Peter Kooy and Renée Fleming in Carnegie Hall.

Schwarz, Marmer, Moran and Shin play music from the 17th and 18th centuries, and all play on period instruments. The violins and violoncellos are original instruments from the late 1600s and early 1700s, while the harpsichord that Shin used for this performance is one that belongs to Colgate and is not from the time period, but was remade to play like one from the 17th century. These vintage instruments contribute greatly to the sound of the music, making it even more authentic.

“The period instruments really add to the performance as a whole. I can hear the difference that these incredible musical instruments make, and I can imagine that the sound is very similar to what someone would hear in Italy in the 17th century,” sophomore Ben Pratley said.

The ensemble began the concert with Telemann’s Sonata Corellisante III in B minor. This piece demonstrated how wonderfully the timbre of the different instruments flowed together, and the harmonies echoed throughout the chapel. The REBEL Ensemble effortlessly and subtly seemed to switch from major to minor scales in a coordinated manner.

The next set of pieces were all of Italian origin. They reflected a journey down Italy from Venice, to Bologna and finally to Rome. This ensemble emphasizes Italian music because Italian music is the main inspiration for Baroque composers throughout Europe, such as Telemann, who was German.

“In other words, all roads lead to Rome,” commented violinist Jörg-Michael Schwarz.

The first piece of the set, Sonata La Cornara Op.2, 1 in D minor was composed by Giovanni Legrenzi, the second by Domenico Gabrielli, and the last by Arcangelo Corelli. The Italian style was heard in all three, but they were still beautifully unique in personality and harmony.

The rest of the concert, split into two parts with an intermission, continued to dazzle the audience. The musicians offered helpful interjections to explain the significance of a piece, composer or melody. Each piece was unique, some with alternating combinations of musical instruments.

This performance made for a lovely evening, and the audience was thrilled to hear these renowned musicians play a variety of beautiful melodies of the   Baroque era.