Takeaways from Matchweek Seven in the Premier League 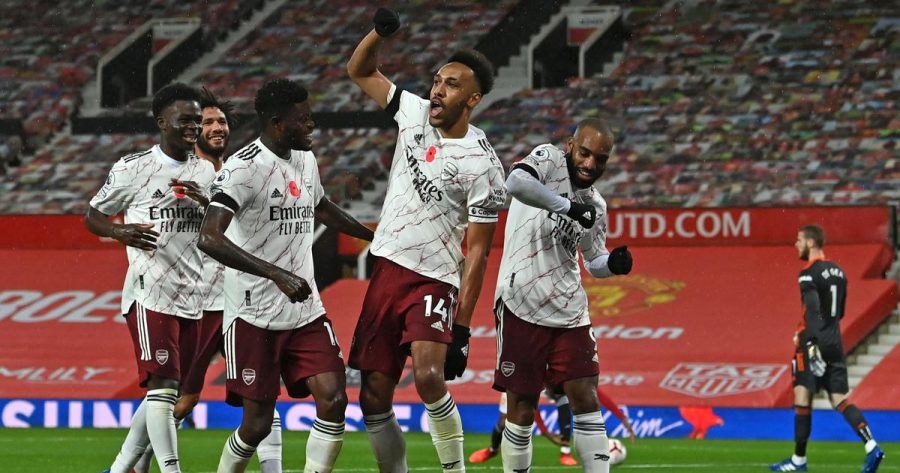 After a couple of enormous victories in the UEFA Champions League, United supporters should have been very confident coming into the match against a struggling Arsenal side on Sunday. United defeated Paris Saint Germain and Red Bull Leipzig in back to back matches, in which forward Marcus Rashford scored a combined four goals in the two matches. Although they played poorly against Chelsea last weekend, the club must have been coming into the Arsenal match with a feeling that they would grab all three points. Meanwhile, Arsenal was beaten by Leicester and Man City in their previous two league matches, and could not score a goal in either contest. They looked bland and lacked any real creative energy in the games.

However, when the two met at Old Trafford on Sunday, Arsenal left the match with all the confidence going forward and three points secured. In an at-times boring match, the Gunners had the better of the first-half chances but were held scoreless at the break. They finally forged themselves ahead in the 69th minute, thanks to a Pierre-Emerick Aubameyang penalty. He coolly slotted the ball into the right corner of the net and celebrated with a cheeky little jig. Among those celebrating was Thomas Partey, a newly signed midfielder from Atlético Madrid, who was superb in the evening. He was disruptive defensively and sprung some attacks with his brilliant distribution from deep in Arsenal’s midfield.

Arsenal held on to win the match 1-0 despite a flurry of late chances from the Red Devils. The best of which was a ball crossed in from Donny van de Beek in the 85th minute that was deflected first by the foot of Arsenal’s Mohamed Elneny and then off the head of their goalkeeper Bernd Leno and finally rattled off the post and out. Speaking of Elneny, his energy level was absurd. In added time, he was still buzzing around the pitch, applying pressure to every Man United player trying to win the ball back and put the game to bed.

When the final whistle blew, Arsenal manager Mikel Arteta gave a massive fist pump and the Gunners saw themselves climb back into the top half of the table, while United saw themselves remain at the 15 spot, just clear of the relegation zone. Both teams will have tough matches next time out, with Arsenal playing a surprising Aston Villa side and United playing Everton.

2.Everton and Aston Villa have come back down to Earth.

Both Everton and Aston Villa were surprising clubs to see lingering at the top of the Premier League table heading into the weekend, and both suffered humbling defeats.

For Everton, their loss came at the hands (or feet, I should say) of lowly Newcastle. Going into the match, Everton was coming off a shock loss against Southampton but were still certainly the favorites heading into the match against Newcastle. However, we learned yet again over the course of a wild 90 minutes that nothing is a given in the Premier League. After a few good chances in the first half, the match was still scoreless at the half. The best chance of the half was from a Newcastle counter-attack spearheaded by Miguel Almirón, which ended with a one versus one between Newcastle forward Allan Saint-Maximin and Everton keeper Robin Olsen. Saint-Maximin’s effort was stopped by Olsen, but the chance would be a sign of things to come in the second half.

In the 56th minute, Newcastle forward Callum Wilson was taken down in the box by Everton’s André Gomes. The gobs of hair gel Gomes applied before the match were of no use, as Wilson buried the penalty kick to put Newcastle ahead 1-0.

Newcastle continued to be dangerous but were stymied until the 84th minute, when Wilson completed his brace off of a deflected cross from Ryan Frasier to put Newcastle up 2-0. The two ex-Bournemouth men celebrated in front of the cameras, as Newcastle tasted victory.

Everton did make things interesting in added time, as Dominic Calvert-Lewin scored a late poacher’s goal to make the match 2-1. However, the match ended that way, with Newcastle taking all three points from the affair. Everton needs to have a quick turnaround, as they face Man United next weekend in what should be another difficult match. Meanwhile, Newcastle will have another opportunity to gain momentum against a surging Southampton side, who beat the second top-half team that was upset this weekend in Aston Villa

Villa was humbled last weekend against Leeds United, losing 3-0, but they surely were still full of confidence heading into the match against Southampton this weekend. They have been better than Southampton this year and expected to walk all over the boys from St. Mary’s.

However, what we witnessed in the first-half was a dominant performance from Southampton. They opened the scoring in the 20th minute, with a header from center back Jannik Vestergaard on a free kick taken by James Ward-Prowse. But that free kick would not be the only contribution from Ward-Prowse in the first half. He then dispatched two sublime free kick goals from just outside the box in the 33rd and 45th minute. His excellence from the dead-ball had Southampton up 3-0 at halftime.

In the second half, it started with more of the same — Southampton dominance. Danny Ings put an exclamation mark on the match when he scored an absolute worldie in the 58th minute from the left side. He cut in and unleashed an absolute cracker into the top right bin, that former Arsenal goalie Emiliano Martinez could do nothing about for the Villans. Down 4-0, hope was all but gone for Villa. But they did not stop fighting.

In the 62nd minute, Tyrone Mings scored a header for the Villans that got them going. They continued to be dangerous and in added time, Ollie Watkins and Jack Grealish scored to bring the match to 4-3, but it was too little too late for the Villans. They lost the match, but you have to admire the fight they had in the closing minutes. They will look to bounce back against Arsenal next weekend.

3.Wolves are back to shocking the Premier League.

If you have read my previous Premier League Takeaway articles, you will know that I was worried about Wolves following their back-to-back losses to Man City and West Ham early in the season. They looked to be missing their attacking flair after losing forward Diogo Jota to Liverpool in the transfer window, and their defense looked a bit like swiss cheese as they conceded seven combined goals in the two matches. However, since those two poor results, the Wolves are unbeaten in the Premier League. They have found goals from several different players, mainly their star forward Raúl Jiménez. Also, they have conceded just one goal in their last four matches combined.

Against Crystal Palace, Nuno Espírito Santo’s men were brilliant. Aside from a disallowed goal for Crystal Palace’s Michy Batshuayi early in the match, Wolves were dominant. They peppered the net and in the 18th minute, 19-year-old Rayan Aït-Nouri scored a stellar left-footed volley from a ball on the bounce across the box. The goal was a beautiful introduction for the teenager, and he looked the part on his debut. The goal was assisted by Wolves midfielder Daniel Podence, who also doubled the lead in the 27th minute. His goal was a much easier finish, as he found himself alone in the box just six yards out. He coolly slotted the ball under Palace goalkeeper Vicente Guiaita to make the score 2-0.

The Wolves continued to dominate, and honestly deserved a few more goals, but will be happy to leave the match with three points and a dominant victory. They find themselves surging up the table, and will be eager to continue their good form against Leicester next weekend. Meanwhile, Palace will look to rally the troops and get back on track against a tough Leeds squad next time out.