An Update on the Status of Intramural Sports on Campus 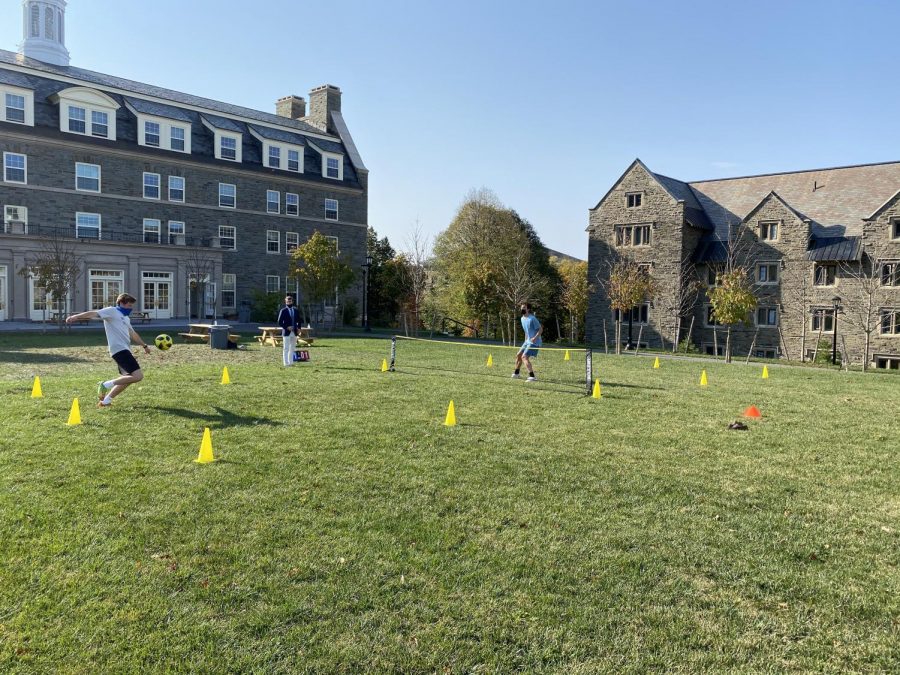 The pandemic has altered many aspects of student life on campus this semester, and one of them has been Colgate’s intramural sports program, which normally hosts a variety of individual and team sports leagues for students to participate in recreationally. Thus far, intramural team sports that usually have games during the fall semester, such as soccer and flag football, have been cancelled in order to adhere to Colgate’s safety protocols.

“Traditional intramurals will more than likely not be happening this semester,” said C.J. Molina, Colgate’s Assistant Director of Recreation Programming. “Due to high numbers of people and close contacts [that could arise] from these sports, it could become a safety hazard with the current environment we are in. Depending on what health regulations permit is what we will base our intramural programs around.”

However, despite the limitations of holding intramural competition this semester, a few IM events have taken place on campus. Recreational competition has been held with sports such as badminton, tennis, soccer-tennis, and esports. Additionally, a three-point shooting contest, a basketball skills challenge and pickleball tournaments are planned to take place before the end of the semester.

“This semester we have held weekend tournaments with sports that are naturally social distanced,” Molina said. “We are also always accepting of any suggestions students may have as these programs are put together for our campus community.”

The biggest obstacle Molina and his team have had to overcome is the lack of space for intramural sports to take place while also adhering to the safety guidelines put in place by the university. The intramural sports program is only given outdoor spaces to hold games, and intramural sports were not allowed to begin until Gate 3. With weather becoming a large issue with the ability to cancel games, it did not make sense to begin seasons of team sports so late in the semester. Furthermore, the time when intramural sports seasons could start coincided with the couple of weeks surrounding midterms for many students.

Sophomore Tomas Santos, who captained a Division A intramural soccer team last fall in addition to playing IM flag football and indoor soccer in the spring semester before students were sent home, is missing the outlet of IM team sports like many other students this semester.

Several protocols have been put in place to make the intramural events that have taken place, as well as those that will take place in the future, as safe as possible. All participants are required to wear face coverings and stay socially distanced. Additionally, participants are not allowed to share any equipment needed for competition. Any equipment that participants borrow from the department of recreation is sanitized after each use, and equipment that belongs to the participants must be cleaned at sanitization stations using wipes. These types of procedures were on full display during the tennis tournament held this semester. Each player had their own tennis balls that only they could touch with their hands. Balls that landed on their opponent’s side of the court were kicked or hit back.

Looking ahead, Molina and his team still plan to run the socially distanced activities that have allowed students to engage in at least some form of intramural competition. However, a full return to normal intramural sports programming is not the plan moving forward.

“At the moment, unless restrictions are lightened, traditional intramurals won’t be happening. But naturally social distanced sports will.”