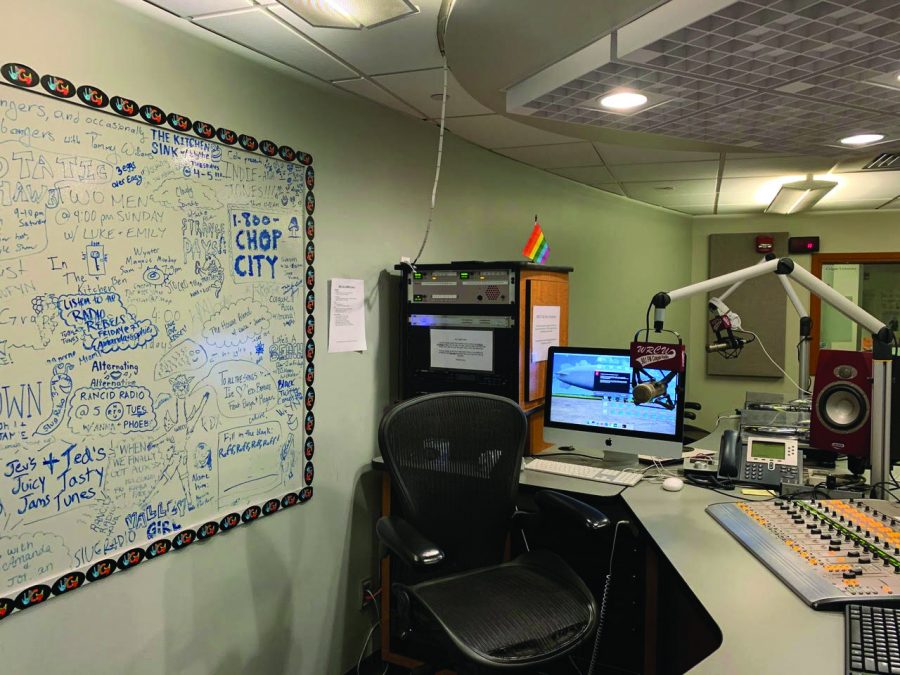 WRCU FM, Colgate University’s student-run radio station, suspended operations for the Fall 2020 Semester after an unexpected equipment breakdown in October, when after five successful weeks of WRCU FM broadcasting this fall, the station’s VistaMax equipment unexpectedly failed. The WRCU club has been recently approved by the Budget Allocation Committee of SGA for funding of $75,000 in order to permanently fix the VistaMax equipment for next semester.

WRCU has been using the same piece of VistaMax equipment for years and anticipated replacing it once it was no longer able to function. One of the many functions of the VistaMax is to automatically switch between the WRCU and WRVO stations at the end of their respective broadcasting times.

The WRCU team planned on replacing the VistaMax equipment this year, but was not expecting the equipment failure to occur this early in the semester. Additionally, the effects of COVID-19 on campus contributed as another factor in the discontinuation of WRCU broadcasting for the semester, according to Programming Director and senior Nicci Parkhurst.

“Had this kind of failure happened in a normal semester, there wouldn’t have been an end to broadcasting. A major part of it is the multiplication of having the pandemic and creating what is potentially not a safe environment in terms of public health,” General Manager senior Lily Kuentz said.

Without the VistaMax functioning properly, members of the program would be required to manually switch between the radio stations every day. Therefore, WRCU decided to halt their regularly scheduled broadcasting, and instead decided to continue with their pre-recorded remote shows for the duration of the semester.

Fixing this type of equipment requires a certain type of technician that is hard to find in the Hamilton region. In order to properly replace the current VistaMax equipment, the WRCU team needs time to find an engineer on campus who is able to make the proper upgrade to the equipment.

According to Kuentz and Pankhurst, student broadcasting groups have demonstrated understanding towards WRCU’s halt to broadcasting because of the technical difficulties.

“We sent out a detailed email to the DJ’s explaining the situation, and I think that they were really understanding because they realize it’s not because of a health protocol or something like that. It’s just an unfortunate situation,” Pankhurst said.

A temporary fix has been implemented to the VistaMax equipment, with WRCU scheduling a limited two-week period of in-person broadcasting for the remainder of the semester starting Monday, Nov. 2 from 4:00 p.m. to 8:00 p.m. each weekday. This will allow for WRCU members to broadcast from the studio again, following the proper COVID-19 guidelines to ensure the health of the community.

According to Pankhurst, broadcasters will be required to wear masks, equipment will be properly sanitized after each use and outside guests will not be permitted to enter the studio.

“We trust our DJs to follow the proper health protocols because I think they know we are really lucky to have this opportunity,” Pankhurst said.

Since in-person broadcasting will be limited to solo DJ’s, “The Vinyl Countdown” will not be in the studio for the remainder of the semester. However, co-host Jamie Aronson is optimistic for the future of WRCU.

“I do know that the board members and DJs will work really hard to maintain the true spirit of WRCU, and that is the really positive, amazing thing about this club. I am so, so happy to be a part of it, even if I’m not actively broadcasting,” said Aronson.

While adhering to the COVID-19 community health guidelines, the club anticipates a return to more normal broadcasting once the replacement equipment has been properly installed next semester.