Our Best Bets: NFL, Premier League and the Masters 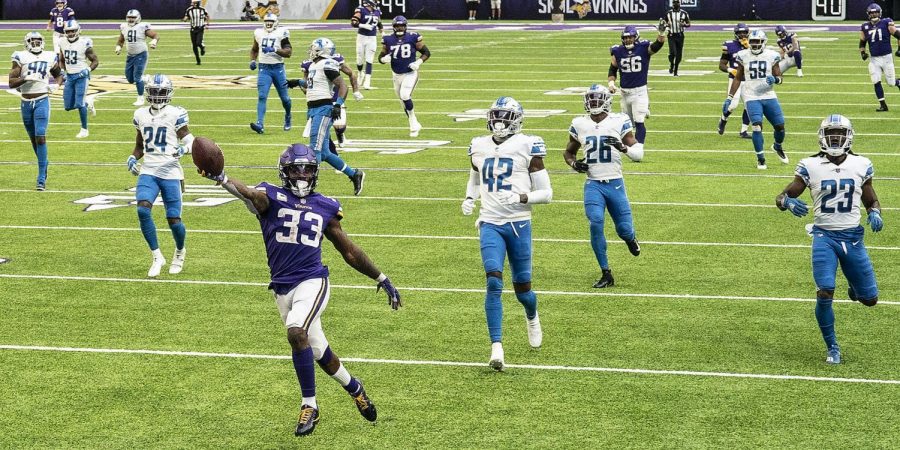 The fact that the Seahawks are not favored in this game is shocking. Despite their loss to the Buffalo Bills last week, the Seahawks are still one of the best teams in the league and I expect them to respond accordingly this week. The last time we saw the Rams play, they were dominated by the Miami Dolphins, and quarterback Jared Goff looked lost on the field, throwing two interceptions and losing two fumbles. Though their bye week should help the Rams get back on track, they are going to need all the help they can get containing Russel Wilson and Seattle’s aggressive passing attack. Expect an entertaining clash between these two NFC West rivals, but I predict the Seahawks will ultimately emerge victorious.

Let’s make Best Bets global. Similar to Schiller’s assessment of the Seahawks not being a heavy favorite over the Rams, my first reaction to the line of the English Premier League soccer matchup of Aston Villa and Brighton is pure shock. Villa are coming off of a 3-0 win over Arsenal, and have looked (despite some recent missteps) pretty solid. They currently sit firmly in the top half of the Premier League table and find themselves on the doorstep of a Champions League qualification spot (awarded to the top four teams in the league). Meanwhile, Brighton have no wins in their last six Premier League matches and currently sit in the basement of the league in the bottom of the table, just above the relegation zone. I would expect a Villa win at home in this fixture, but if my bet last week is any indication of my betting prowess, then I could absolutely understand thinking I will be miserably wrong. Regardless, the Villans appear to be a safe bet in this match.

I love both of these teams and what they are doing, but the fact that the Bills are not favored in this matchup shows how much they are being disrespected by oddsmakers right now despite their continued success.  Gone are the days of seeing Bills quarterback Josh Allen as some weird mixture of a running back/game-manager. He’s been tearing up defenses a lot this year through the air and out-performed Russel Wilson last weekend with a staggering stat line of 31/38, 415 yards and three touchdown passes. Meanwhile, Buffalo’s defense still has some scary playmakers in Tremaine Edmunds, Tre’davious White and Micah Hyde. While I do like what Kliff Kingsbury and Kyler Murray are doing this year in the desert, the Bills are simply a more balanced team and should get the win when these two teams battle on Sunday.

Dalvin Cook has been unstoppable since returning from an injury in week eight. During the past two games, Cook has 56 carries for 478 yards and six touchdowns while leading the Vikings to two big wins. After beating division two of their division rivals in the Green Bay Packers and the Detroit Lions, the Vikings are going to ride the momentum into week 10. After a hot start, the Chicago Bears can not find a win anywhere. They’ve dropped three straight and are in desperate need of a change. Despite Nick Foles’s elite play, the Bears have not been able to get their offense on the right track. Their defense, which is supposed to be elite, has played poorly during this 0-3 stretch. Expect Dalvin Cook to stomp all over the Bears and destroy Chicago in week 10.

If I’m a betting man, I’m not betting against Bryson Dechambeau. He has absolutely dominated the PGA Tour since the return to play after the tour was shut down due to COVID-19. He won the U.S. Open back in September, and he really wants to win a Masters and solidify himself as one of the best golfers in the world, if not the best. Bryson is the favorite this week and for good reasons. Go with Bryson at Augusta this week.