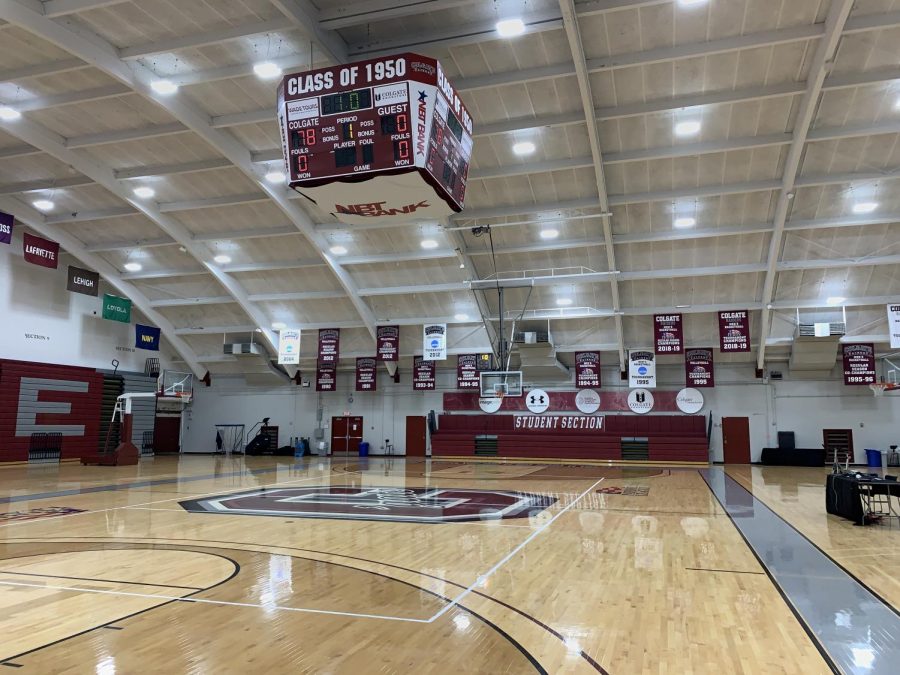 Throughout last season, Colgate Men’s Basketball was simply on a roll. They dominated during the regular season to finish atop the Patriot League, finishing with an overall record of 25-9. They won eleven straight games down the stretch, including a thriller at the University of Cincinnati. The team was on track to repeat as Patriot League tournament champions.

Then, in an emotional and nail-biting Patriot League Championship game, at a packed Cotterell Court mere days before the entire Colgate student body was sent home due to COVID-19, the Raiders came up just short against the underdog Boston University Terriers. Colgate put up several shots as time expired to try to extend the game, but it just was not meant to be. Raider nation left Cotterell Court in stunned silence and left campus just a few days later feeling the same way.

“I think on reflection, the greatest lesson learned from that game is something we talk about often: The difference between winning and losing and the vast emotional experiences that come with it is extremely fragile,” Head Coach Matt Langel, who has won the Patriot League Coach of the Year award for the past three years, said. “We can surely be reminded that our focus must always be on the process, and not simply a result.”

A lot in the world has changed since that game in March, but one thing has not: the team’s quest to avenge this loss and reclaim their Patriot League crown from two years ago.  Luckily, they are set to have this opportunity. President Brian Casey announced in an email to the Colgate community on Monday that both the Men’s and Women’s Basketball Teams will be playing an in-conference schedule set to begin on Jan. 2.

“We have one goal in mind: we all want to be Patriot League Champions,” sophomore center Keegan Records said.  “We stay motivated every single day with that goal on our mind.  No matter what is thrown our way, we are going to do everything we can to reach that goal. The energy on the team has been great, we are all really motivated to be champions, and with that in mind we bring energy and intensity to every practice.”

As it has with so much of student life on campus, COVID-19 has impacted the team’s activities this semester. The team was unable to meet during the universal two-week quarantine at the start of the semester and proceeded with small group workouts afterward. Once Colgate hit Gate 3 of reopening, the team was able to practice in full. Despite the limitations to the practice schedule and the looming uncertainty as to whether or not the team would even have a season, the team had no problem staying motivated regardless of the circumstances.

“I think it is fair to think that having to wait so long to play might create a potential for disinterest or lack of motivation for a team. For our group, however, that has not been the case in the slightest,” Langel said. “I credit the program culture and the leadership of the seniors and veteran returners.”

“They have been steadfast in their resolve to want to be on the court, competing, and working to improve themselves individually and as a team,” said Langel. “They know what it takes to be champions and working towards that has clearly been something to rally around.”