Around the Hill: What is Tom Brady’s Biggest Fear? 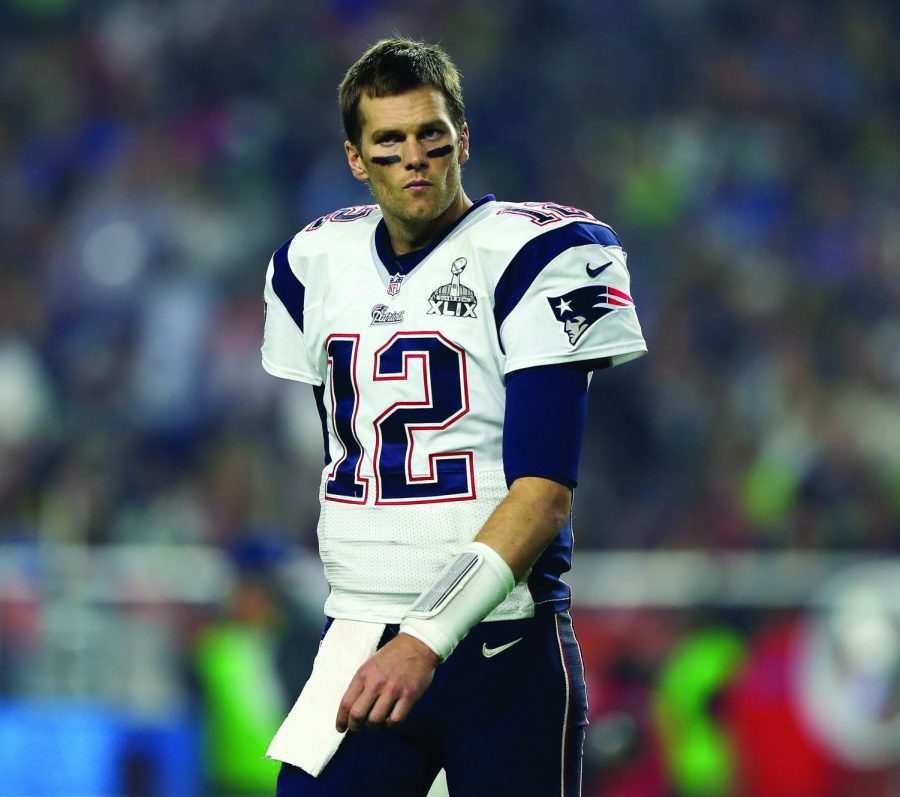 Quarterback Tom Brady may be afraid of Eli Manning, but what should scare #12 for Super Bowl LII?

Put yourself in Tom Brady’s cleats for a minute. Visualize that you’re the greatest quarterback in NFL history. A tough task to imagine, I know, but just go along with it. For nearly your whole career, you’ve had an all-time great coach, a stable offensive-line, and Hall-of-Fame weapons like Gronk and Randy Moss. But, everything can’t be perfect forever, right? What is the one force than can possibly slow you down? Father Time. Tom Brady will only be stopped by the forces of the universe and the inevitable passage of time. So, Brady and the Patriots do everything in their power keep the franchise quarterback on the field.

Brady, at 40 years old, stays away from inflammatory foods, like tomatoes and mushrooms, and limits his sugar and sweets intake. Keeping Brady healthy is also the Patriots’ top priority because even a few games without Brady in the pocket can change the course of a season. The Patriots experienced nearly a whole season without Brady in 2008 when he tore his ACL, and failed to make the playoffs with Matt Cassel at the helm.

The Patriots cannot afford for an older, more fragile Tom Brady to be plagued with the same injury or it could be the end of his career. Tom Brady has faced some of the scariest defenses in football, played his entire career under one of the league’s strictest coaches, and has won numerous Super Bowls without key players.

He isn’t afraid of a challenge. There’s only one force standing between Tom Brady and football immortality: time.

For Tom Brady, Super Bowl LII will be a chance to capture his sixth career ring and third in the last four years. In 2015, New England won on a game-sealing interception at the goalline and in 2017 by a miraculous 25-point comeback. So, what does arguably the greatest quarterback of all time have to be afraid of heading into his eighth title game?

The answer is whether Disneyworld will have enough veggies to fuel his infamously strict dietary habits. The 40-year-old quarterback has vocalized his intentions to play for several more years, believing that his stringent plant-based diet and yoga-esque pliability techniques keep him competitive well past when most athletes are retired. Although Brady likely hasn’t eaten dessert in several years, capturing his sixth Super Bowl title will be a sweet treat.

It’s true that the Philadelphia Eagles are red hot after trouncing the Vikings. However, the Patriots will undeniably have the advantage at the quarterback position especially in the fourth quarter where Brady has earned his reputation as a living legend.

During the 2017 season the San Mateo native posted a 103.0 average quarterback rating (QBR) in the fourth quarter and an even more impressive 119.9 when there was less than two minutes left on the clock.  When the final seconds tick away in Super Bowl LII Brady will be more concerned about the risks of nutrition-less airplane food than any potential Eagles comeback. Perhaps even more troubling will be the pliability session he’ll need after a cramped flight to Disneyland.

Tom Brady is obviously one of the greatest quarterbacks of all time. The guy’s postseason numbers are insane, and he has plenty of rings to show for it. That being said, this Super Bowl will be unlike any that Brady has played in before. That’s right, this year Tom Brady’s biggest fear is named “Nick Foles.”

Foles is no stranger to playoff success.  Going into this Super Bowl, the Eagles quarterback has only ever lost a single playoff game.  Compare that to Brady’s whopping nine postseason losses, and the stats speak for themselves.  Not only that, but Foles also boasts a considerably higher playoff passer rating (116.4) compared to Brady (90.1).  These differentials are staggering, and Brady should be nervous about them.

On a more serious note, Brady should actually have some concerns regarding Foles.  It is by no means a stretch to liken Foles’s rise to Brady’s.  Everyone knows the story about how Brady was placed into a starting role for New England with an injury to the previous starter, Drew Bledsoe.  Foles experienced a similar path to stardom during the 2013 season, replacing Michael Vick as the starter. Foles has what it takes to win, too, and with a defense that has the ability to shut down good offenses, like the Vikings in the NFC Championship, Brady has to be a bit scared of Foles getting into a rhythm.

From his historic interception-less run in 2013 to his excellent play in these playoffs, Foles can certainly get hot quickly.

Brady needs to be careful that the game does not turn into a shootout, because Foles might just have enough firepower to outlast the Patriots.