Reviewing the Biggest Stories from the 2020 Masters 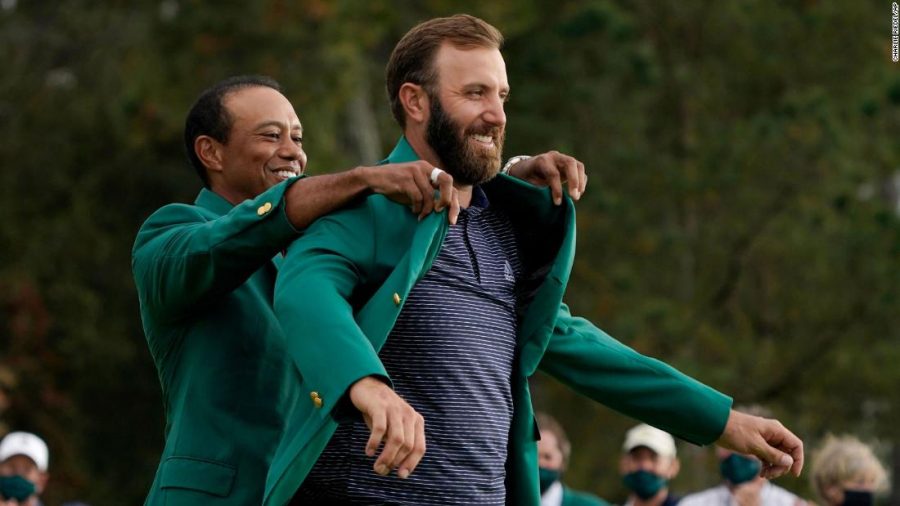 There’s Christmas, Thanksgiving, the Fourth of July, your birthday and then there’s Masters Sunday. One of the best sports days of the year, if not one of the best overall days of the year. This day I would say is only rivaled by the first two days of March Madness in terms of top sports days. I tweet it out every year as I plant myself on the couch, ready to watch four hours of golf’s best performers take on one of golf’s most pristine and mesmerizing courses while I listen to Jim Nantz’s soothing voice and the calming Masters music. Although this year’s Masters was different, it did not disappoint.

Dustin Johnson is your 2020 Masters champion and obviously the headline of this tournament, but I will start with a few other storylines. One of those being Cameron Smith. The 27-year-old Aussie had a fantastic out-of-nowhere performance in this year’s Masters tournament, finishing tied for second place. Smith was the first player in Masters history to shoot four rounds in the 60’s, posting a 67, 68, 69 and 69 throughout the tournament. He was impressive all week and this was a monumental finish for him, having only ever won two PGA tournaments; he also won a few bucks doing so ($1,012,000 to be exact).

Another storyline from the 2020 tournament was Tiger Woods, specifically his final round. On Sunday, Tiger headed to the 12th hole, Golden Bell. This hole is notorious for Rae’s Creek, which separates the tee box and the tight green. This hole is also notable for collapses, including Jordan Spieth back in 2016 and a barrage of players who hit the ball into the creek on Sunday last year. This year, though, Tiger stepped up to the tee box out of contention, so he decided to play it aggressively and attack the pin. He ended up hitting his tee shot into the water. He then hit his provisional in the water again, then found his way into the bunker, hit that shot in the water again and ended the hole with a 10, his worst score on a single hole in his career. It was shocking to see live, but Tiger maintained his composure and birdied his last four holes.

On to the headline story of the tournament — Dustin Johnson. DJ put together a fantastic week on the golf course and deserved this victory from start to end. DJ tied the record for the lowest score to par in major history this past weekend with his score of 20 under par. He also had the lowest aggregate score in Masters history. DJ has been playing some of the best golf in his career in the past few months. His last six starts he finished 2nd (PGA Championship), 1st (Northern Trust), 2nd (BMW Championship), 1st (Tour Championship), 6th (U.S. Open) and 2nd (Houston Open), which is unbelievable. To cap it off with a Masters victory puts the cherry on top for Dustin Johnson in 2020.

Johnson was firing on all cylinders this week. He posted two 65’s on Thursday and Saturday and finished his Sunday with an incredible back nine, not faltering to the pressure of a back nine on Sunday at Augusta. His iron play was fantastic as he was throwing darts on greens and making clutch putts, as well as his elite bunker play on the front nine on Sunday, when he was able to scramble to make par. He let no one get even close to him this week.

After sinking his tournament clinching par, his caddie, Austin Johnson, Dustin’s younger brother, was seen tearing up next to DJ on the 18th green. The two have been together since 2013, and it was an emotional moment for the two brothers. Dustin, who is not known for being an emotional guy at all — a very even-keeled, cool guy — was even emotional after the victory. Dustin received his green jacket from Tiger Woods in the famous Butler Cabin ceremony, looking comfortable in his 42-inch long green jacket. After receiving his trophy and jacket, Dustin talked to CBS reporter Amanda Balionis.

“As a kid, you know, always dreaming about being a Masters champion,” Dustin started before tearing up and struggling to find words. It was an emotional showing from DJ that demonstrated how much he cares, despite his outward appearance, and just how hard he has worked towards becoming a Masters champion.

The Masters, a tradition unlike any other, did not disappoint again in 2020. The awesome thing about this year’s November Masters is that the 2021 Masters is just 140 days away, and we will be rejoicing for another fantastic tournament and Masters Sunday come springtime.