Taking a Look at the Premier League: Manchester City Way Ahead of the Pack; Close Competition for Top Four 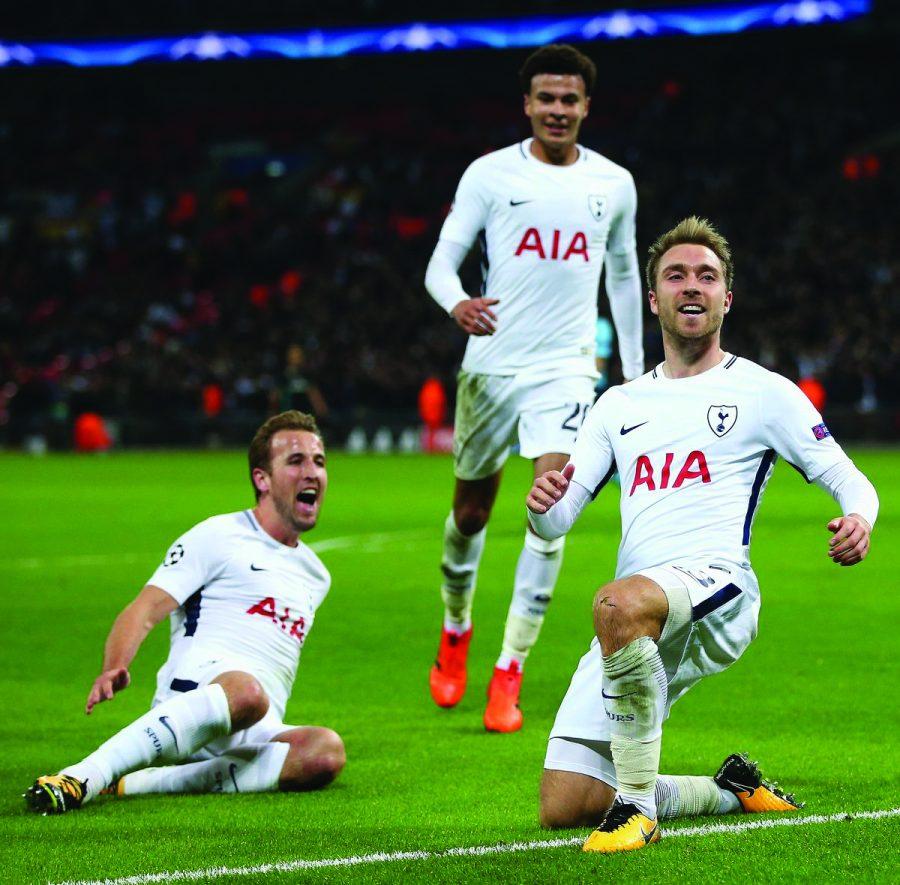 Harry Kane and crew have Tottenham within a point of Chelsea and fourth place. Tottenham will face Arsenal in its next Premier League match and kick off against Juventus on February 13 in the Champions League.

When looking at the Premier League table, one might think that this season is done and dusted with Manchester City’s 13 point lead. Though this may be the case, there’s still a ton of excitement and suspense left in the season.

For starters, the gap between second and fifth place is only seven points. Manchester United, Liverpool, Chelsea, Tottenham and Arsenal are all vying for a coveted Champions League spot.

What makes this year particularly interesting is that there’s a good chance the Premier League could be sending five teams to the Champions League. Although the team has had a very up and down season, Arsenal could solidify a Champions League spot through winning the Europa League.

This would probably be an easier path for the team considering its struggles to consistently win matches in the Premier League. Manchester United has kept its form up throughout the majority of the season but has struggled to catch Manchester City (as any team would).

Right behind them is Liverpool. Liverpool has had a rollercoaster season thus far. When the team is at its best it can compete with and beat any team in the league.

But when Liverpool is out of form it tends to drop points in bunches. One of the most interesting teams in the Premier League right now is Chelsea. Excluding midfielder Eden Hazard, Chelsea has struggled to find consistency in its lineup.

The additions of Ross Barkley and Olivier Giroud were decent transactions, but really will not make much of a difference in its full strength starting eleven. This is evident from its last two league games. Losing 3-0 at home against Bournemouth is inexcusable for a team like Chelsea.

They followed that fixture with a 4-1 loss on the road to Watford. Chelsea has its work cut out for it if the team wants any chance of making the Champions League. Manager Antonio Conte will need to get his players in better form or else they’ll be stuck in the Europa League.

Conte needs to get control of his team as fast as possible because it has a formidable opponent in Tottenham breathing down its neck.

Tottenham is probably the hottest team in the Premier League right now. After a dominant win over Manchester United and a great tie on the road against Liverpool, Tottenham finds itself in flying form behind Harry Kane and Christian Eriksen.

The Champions League race should be very interesting to watch as any of these four teams has a chance to fill three remaining spots.

While the Champions League race is what most people would focus on, there’s still an enticing relegation battle going on. The gap between 12th and 20th place is currently eight points.

This is probably the smallest gap between eight places the Premier League has ever had. The teams currently in the relegation zone are West Brom, Huddersfield and Stoke City.

However, no team is currently safe in the lower half of the table. All these teams will be looking to get to 40 points, which, stereotypically, means that you’re safe in the Premier League for another season.

Relegation battles are always very exciting and these teams will need to scrap for every point they can to stay up.

Overall, the relegation battle is very tight and will not be decided until the last few games of the season.