Patriot League Announces Basketball Schedules, Other Sports in the Works 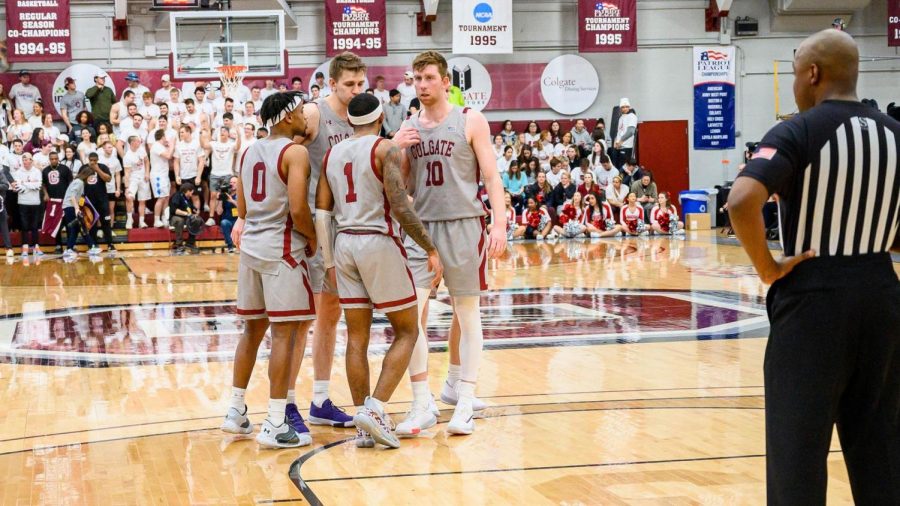 In an email to the Colgate community, President Brian Casey announced that the Patriot League Council of Presidents had created schedules for Men’s and Women’s Basketball. The seasons are set to begin on Jan. 2, and will only feature Patriot League competition.

“The commencement of competition will be contingent on the league and its member institutions being able to do so in ways that protect the health and safety of student-athletes, coaches, staff members, and the community,” Casey wrote on Nov. 9. “The Council of Presidents believes this model offers the best opportunity for a successful league season, and places the highest value and priority on the safety and wellbeing of its players.”

To ensure safety for all players and staff amidst the pandemic, all games are set to take place without any fans.  Additionally, schedules have been created to reduce travel for each team, and no teams are allowed to fly to their game destinations. A plan for a Patriot League basketball schedule this season has been in the works since June, and there have been a variety of obstacles member institutions have had to overcome in order to create an effective plan.

“The daily-changing landscape has been one of the greatest challenges,” Vice President and Director of Athletics Nicki Moore said. “We have thrown out more plans this year than we have ever written before. That, coupled with working to ensure our plan was aligned with our campus, and simply operating in some form of crisis-mode since March, have all been challenges.”

If the plan for Patriot League Basketball is successfully carried out, it will be the first competition for Colgate Athletics since last March when the NCAA put a halt to athletic competition and the entire Colgate student body was sent home shortly thereafter.  Colgate Women’s Basketball Head Coach William Cleary is excited for the opportunity to have his team compete this season, and has instilled a mindset of adaptability in his players dating back to last March.

“We told our team when the season ended last year that there was going to be some uncertainty with the upcoming season, and that we had to be flexible and we had to be adaptable,” Cleary said. “We said that whoever is the most adaptable and flexible is going to be the team that wins it this year. Our players have been great- they have been taking it one day at a time and controlling what they can control. When our non-conference schedule was cancelled, to our players credit, they were resilient and shifted their focus to conference play.”

In addition to basketball, Casey’s email also noted that plans for other sports schedules are in the works. Planning for the 2021 Patriot League Swimming and Diving championships and the Track and Field championships is underway. Furthermore, the Patriot League Council of Presidents is also planning for competition in the spring for sports that were canceled due to the virus this fall, such as field hockey, soccer, cross country, football and volleyball. Still, trying to create schedules for different teams can be very difficult due to the fact that various schools must agree to participate and also maintain certain safety standards with the virus. For example, there are only four other schools who have agreed so far to participate in East Coast Athletic Conference play for hockey.

“At the moment, we are planning on these sports competing in modified league schedules and reduced league championships,” Moore said. “For winter and fall sports moved to the spring, we are looking at reduced contests, a near elimination of overnight travel, more pod format play, and a reduced number of contacted teams within each week. For spring sports, we are seeking to preserve their schedules as much as possible, but they are also likely to be impacted.”

Much of the planning that remains for Patriot League athletic competition depends on the ever-changing nature of the virus over the next few months. Either way, Moore stresses the importance of getting Colgate athletes back into competition.

“Our student-athletes have been champions through this fall semester,” said Moore. “They have been cooperative, communicative and by-and-large they have fully embraced the opportunities that we’ve been able to make available. Practice is great. Scrimmaging is a good test. But competing is where all that development is put to the test.”