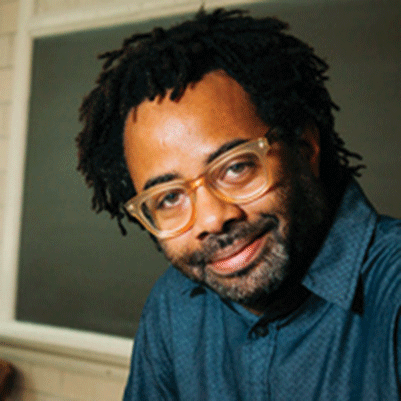 On Wednesday, January 24, Visiting Assistant Professor of Educational Studies Reagan Mitchell opened his presentation, “Please, Can I Get Some More KING!” with an introduction to Martin Luther King Jr. as a philosopher who played a significant role in the Civil Rights movement.

After playing a song on the saxophone to welcome the audience, Mitchell was quick to note that King was a radical philosopher. King’s words were often negatively received from many positions in the American government, which Marshall emphasized when denoting King as a radical philosopher. Mitchell highlighted that King stood up against the status quo and rejected the expectations of society.

Mitchell used excerpts from King’s speeches to evoke the meaning behind King’s rhetoric. An essential aspect of his words that Mitchell expounded upon was how King longed for a society in which materialism would not stand in the way of respect and acceptance within humankind.

Mitchell felt that the value that many people put into materials can overshadow how people think of others. Mitchell stressed that it is this tension between materials and people that is impeding society. Mitchell clarified that a positive change is needed to alter how people interact with others to fix this issue.

Mitchell opened his talk to a discussion within the audience, allowing students to voice their feelings and explain why King’s words need to be practiced for the betterment of society.

“[It] reminded me not to be deceived by a hegemonic discourse by the way that black history has been rewritten to appease white guilt,” Daniel said.

Mitchell felt that King’s words should not only be remembered only once a year on the third Monday of January, Martin Luther King Jr. day, but be practiced by all of us every day to turn his words into a reality.