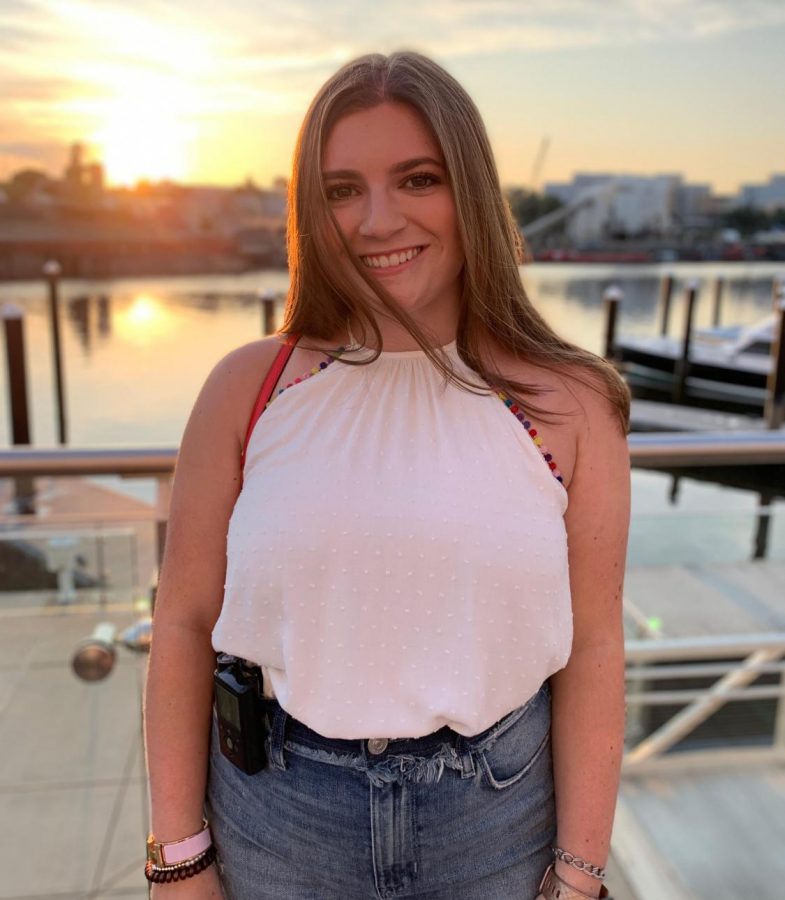 Senior Emma DePaola joined the Swinging ‘Gates — Colgate’s only all-female a cappella group — the fall semester of her first year at Colgate. With a passion for singing and performance, DePaola says she chose to join an a cappella group on campus because she saw it as an opportunity to be part of a close-knit group with a friendly environment.

Now a co-leader of the group, it is clear that DePaola found just what she was looking for.

“Joining ‘Gates during my first few weeks at Colgate provided me with a supportive and welcoming community almost instantaneously. Despite our rehearsals being long and at times challenging, I have always looked forward to seeing the group throughout the week, and I have really come to cherish the friendships and memories I have made through ‘Gates,” DePaula said.

DePaula credits her sixteen fellow ‘Gates with making her role as leader so enjoyable.

“My favorite part of leading the ‘Gates is working with such an incredible group of women who have become some of my closest friends. We are all incredibly creative and collaborate very well, and we all have fun spending time together in rehearsals. I love being so involved in a group that works so well together and produces great music and performances.”

Leading the group may be fun, but it is also work, especially amid a pandemic.

“I am in charge of the administrative aspects of the group. In a normal year, this means I plan and book different venues on campus, such as the Chapel for our senior concerts and the Coop for sophomore and junior concerts,” DePaula said. “This year, I have done my best to retain some sense of normalcy for our group by hosting weekly Zoom meetings alongside my musical director and co-leader, Raena LeBourne. We are hoping we are able to rehearse and sing as a group sometime during the spring semester!”

In addition to the Swinging ‘Gates, DePaola is the leader of MadCrafts, a COVE club that does art projects with elementary schoolers at Madison Central School, as well as a member of the Pre-Law Society and Kappa Kappa Gamma.

DePaola takes what she has learned as a leader of the ‘Gates and applies it to her other responsibilities on campus.

“I try to be inclusive, welcoming and helpful at all times, even outside of ‘Gates. I have come to appreciate the collaboration between the different a cappella groups this year as we have all come together to brainstorm rehearsal tactics during this difficult semester,” she reflected.

DePaola takes pride in the sense of togetherness that her participation in the Swinging ‘Gates has granted her over the years.

“I would say that my overall appreciation for the strong sense of community and collaboration at Colgate has increased as a result of leading the ‘Gates this year,” she said.