A Life Full of Music 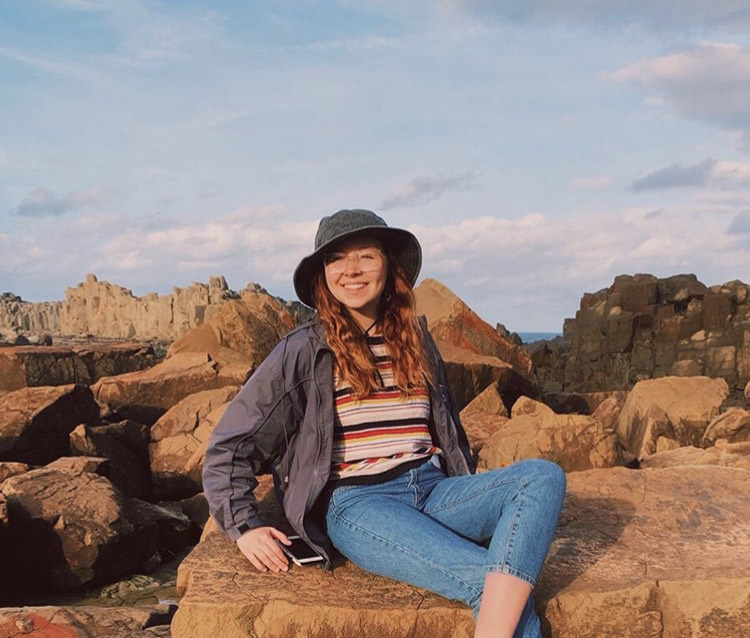 For senior Summer Cardarelli, music isn’t just a typical pastime. An English and environmental geography double concentrator from Minoa, N.Y., Cardarelli has enjoyed a deep-rooted passion for music ever since she was little. At Colgate, she’s a member and the treasurer of the Swinging ’Gates, the only all female a capella group on campus, and a producer for Broad Street Behind the Beat, a student-run organization that puts on a vocal jazz show each spring. She also takes regular voice lessons, performs and is always working on new arrangements.

“[Music has] been a part of my life since I was little, like a baby. It has been so important to my family. My whole family gets together on holidays and we sing carols and stuff, so music is really something I grew up with. When I was in kindergarten on career day, I remember saying I wanted to be a singing scientist when I grew up. I’m an English major now, but I still sing!” Cardarelli said with a laugh.

Cardarelli got involved with Broad Street Behind the Beat during her sophomore year. They produce a student-run, student-directed concert of different jazz pieces.

“The main thing we do is called jazz cabaret. My favorite part of it is we take more modern music, like pop music, rock or hip hop with a jazz undertone to it and we make arrangements of it in a more jazz style,” Cardarelli explained. “My sophomore year, someone did an arrangement of Hotline Bling as sort of a jazz a capella thing. This year we had some ideas for Sweater Weather by the Neighbourhood, some Billie Eilish, lots of cool stuff like that.”

Cardarelli enjoys making arrangements, planning and casting in her producer role for the club. Music has always been more of an extracurricular activity and passion for Cardarelli rather than an academic study.

“It’s really just that I love how music makes me feel. It can direct emotion — watching the audience while you perform a piece of music, like if it’s an exciting piece and seeing people excited, or if it’s emotional and seeing people get sad. I would always say in high school that my favorite part of being the lead in musicals would be getting to make people cry with my voice. That sounds so dark, but [the feeling associated with music] is definitely what it’s about for me,” Cardarelli said.

Cardarelli talked about literature being a passion of hers as well and balancing her passions in different areas of her life.

“My other escape is books. I love literature and so I want to go get my master’s in English, maybe in the future going into publishing or working my way up the academic ladder to be a professor someday. But I guess music has always sort of been the separate realm for me — the left brain, right brain kind of thing. Like in the left brain I really throw myself into my work. I really throw myself into books and analysis and geography and all that good stuff, but then music is just so much more about how I feel rather than how I think,” Cardarelli reflected.

On campus, Cardarelli directs this musical energy into the Swinging ’Gates. She appreciates that it makes her feel like part of something bigger than herself, since working together is imperative in all musical groups.

Cardarelli hopes that a capella and other music groups on campus will be able to meet and rehearse next semester, since they didn’t this semester due to COVID-19 restrictions.

“Even my voice lessons [this year] had to be over Zoom, and the house I lived in had very thin walls, so when I had voice lessons everyone knew, everyone heard! I’m really hoping next semester we can somehow work out a return to that in-personness or even work out a more creative way to have things like jazz cabaret,” Cardarelli said.

Cardarelli mentioned Attaboy, the Vaccines, Neutral Milk Hotel, the Strokes, Glass Animals and the 1975 as some of her favorite artists.

“I love going to a song I like and then to its Spotify radio. I think the music I like is just more about the vibes than the artists themselves — I listen to a lot of different, scattered one-off songs where I’ve never heard of the band before and my Spotify just recommends it or something like that!”