Miranda Smith: Family through the Dischords 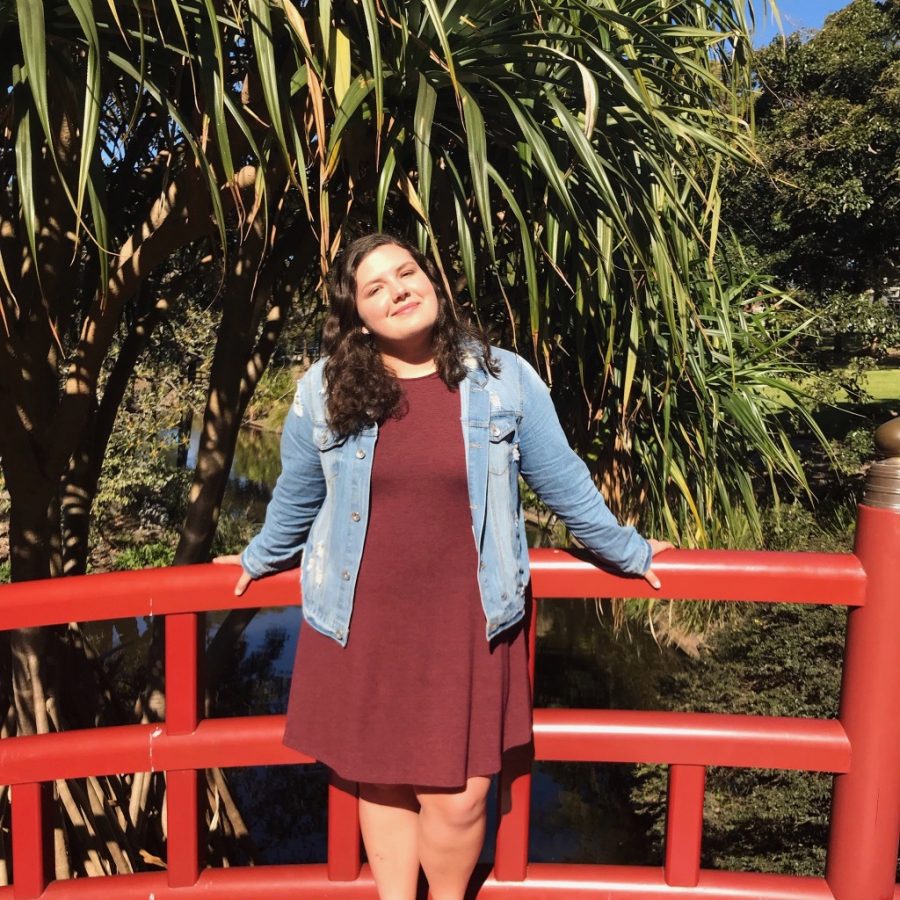 Miranda Smith, co-president of The Colgate Dischords a capella group, is one of many on-campus leaders who have worked tirelessly to keep their club communities alive during this predominantly virtual fall semester. Smith is a senior concentrating in biology and environmental studies, and, right now, Colgate is one of many locations she has considered home.

“I don’t really know where I am from,” Smith said, explaining that she has lived in Washington, Alaska and back and forth between Virginia and Michigan.

Throughout her school years in these various locations, Smith was actively involved in theater, honor choir and a capella. A capella, however, was not something she had any intention of pursuing on Colgate’s campus, let alone becoming a leader of an a capella group.

“I didn’t want to do it. I was like, ‘I want to branch out to other things,’” Smith said. “My link was a Dischord… I got to know [her] really well and she was like ‘You absolutely should audition, this is a family!’ And I was like, ‘Okay.’ I was corralled in [Frank Dining Hall], and I signed up, and it was the best decision I have ever made.”

The Dischords are one of five active a capella groups on Colgate’s campus, none of which have been given consent from the school to practice in-person due to a high risk of COVID-19 transmission while singing.

“You know, navigating an airborne disease when you sing is definitely very difficult,” Smith said. “[This semester] has definitely been a balance of safety and maintaining interest in the group. We arranged to have a recorder come on campus and we got three songs recorded that we are going to be having mixed over break and probably release on Spotify sometime next spring. We’ve been making sure that we have a weekly Zoom meeting, and people are still doing calls and learning music because that’s really what it’s all about.”

Smith co-leads as music director alongside senior Caraline McDonnell. They are both aided by junior Alison Gadd, who serves as the administrative director for their group.

“I guide the group through songs, through music choice, that sort of thing. I arrange concerts, help with any musical questions. Basically [McDonnell] and I serve as the base of the group. We are constantly in contact with Denise Upton and Drew Harris at CLSI. We are making sure we can get concerts and all sorts of things… The main goal of the music director position is to lead the group through rehearsal, lead them through workshops and lead them through learning how to arrange,” Smith said. The role is especially crucial considering that all of the arrangements that The Dischords perform are their own.

“A former director once told me, my sophomore year, that being music director for The Dischords is like being director, HR and manager all in one,” she laughed. “It’s a wonderful role though. It’s nice to be able to give back to a group that has given me so much.”

Smith had been planning to run for musical director long before a COVID-19 semester was on the horizon.

“I absolutely love the group. It has facilitated some of my best memories during my time at Colgate, and it really is my family,” Smith said. “I just wanted to continue to facilitate a space where people felt comfortable, could make music together and enjoy that and be able to perform and have a creative outlet on a campus that is so stressful and oftentimes doesn’t see the arts as inherently valuable as other things. Then COVID[-19] came like a wave, and in stepping up to the position I was like ‘Ok, I still want to do this. I just need to figure out how.’ So [McDonnell] and I really put our heads together,” Smith said. “We got microphones from CLSI so people can record at home,” she said. “We are going to be releasing a virtual concert in January! I will admit it’s been very difficult, but I do feel that we have gotten people excited about music.”

Being a member — and now leader — of The Dischords has shaped much of Smith’s experience on campus.

“So many of my friends I doubt I would have met if it had not been for The Dischords. I feel like being an upperclassman… it’s hard to really get to know underclassmen, like you have to make an effort. But being in the Dischords brings us all together, you know, I have eight [first-years] in my group now. So I hear all the buzz about East and West and Gate House drama and all of this stuff. It is a really nice way to meet people across the entire campu from a variety of different backgrounds because music is universal. I know I keep saying this,” Smith said, “but it really is a family.”

COVID-19 or not, The Dischords are remaining as active as they possibly can and have exciting things to look forward to in the spring semester: Spotify releases, a second virtual concert and an anniversary.

“It’s kind of crazy… 2021 is our 20th anniversary. So it’s interesting to see. I look back at all of our old arrangements and Dischords that have come before me, and our alumni Facebook group, and it’s just wonderful to see what a branching community we have created on campus.”