NBA Trade Deadline Madness: Winners, Losers, and Everything In Between 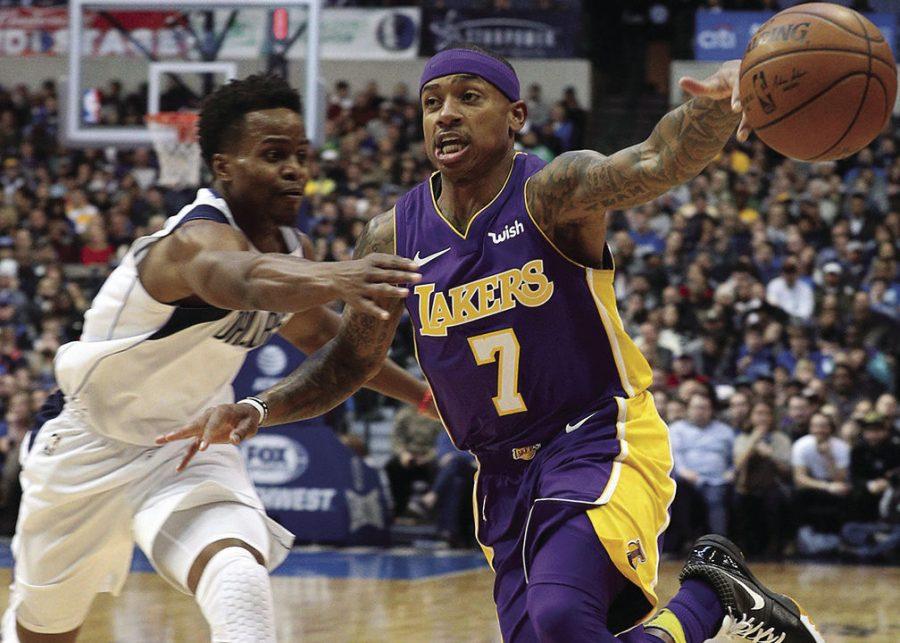 Isaiah Thomas has moved from the Boston Celtics to the Cleveland Cavaliers to the Los Angeles Lakers within the past year. The unrestricted free agent in 2018 will have to decide if Los Angeles is where he wants to stay. The Lakers’ backcourt now features Thomas and Lonzo Ball.

Last Thursday, the NBA trade deadline passed, with some teams making monumental moves and others staying put. This year’s trade deadline was one of the most action-packed in recent years and it is our job at the Maroon-News Headquarters to analyze the biggest shake-ups in the league.

Since winning the NBA Championship in 2016, the Cleveland Cavaliers have changed its look more times than an indecisive pre-teen before the big dance. The Cavs were floundering heading into the deadline and the team was getting blown out by legitimate title contenders like the Houston Rockets and the Toronto Raptors.

Now, the Cavaliers’ lineup is significantly different than it was in the first half of the season. Kyrie Irving? Gone! The players whom the Cavaliers acquired from the Celtics for Kyrie? Also gone! The Cavaliers acquired Jordan Clarkson and Larry Nance Jr. from the Lakers, George Hill from the Sacramento Kings and Rodney Hood from the Utah Jazz. These four players are a decisively better group than Isaiah Thomas, Jae Crowder, Derrick Rose, Iman Shumpert, Dwyane Wade and Channing Frye.

After recently dominating the Celtics, who are heavy favorites to win the Eastern Conference, the transformed Cavs just made the Eastern Playoff race that much more interesting.

The Lakers are fully committed to the rebuild, and that means giving up some valuable pieces. Clarkson and Nance Jr. were core pieces of the Lakers team for the last few years, but the Lakers can now focus on other young players like Brandon Ingram, Lonzo Ball, Julius Randle and Kyle Kuzma. Now they have Isaiah Thomas and Channing Frye, who will come off the bench and provide minimal production to a non-playoff team. Yet, the Lakers should look forward to next season. Their young studs will have another year under their belt, they’ll have two first round picks and they can afford to sign some big names in free agency.

Although this deal did not go down on deadline day, it was arguably the most shocking trade of the season: Blake Griffin for players and picks. The players and picks do not matter because there is no price too high to pay to revitalize a franchise. Blake is bringing Lob City to Detroit and is teaming up with all-star center Andre Drummond, creating one of the league’s most dangerous front courts. Although they stand little chance against the rest of the East, the Pistons will be fun to watch until the end of the season.

The Pelicans lost Demarcus Cousins to a season ending injury and should look ahead to next season… so why give up a first round draft pick for Nikola Mirotic? He’s not bad, don’t get me wrong, but how can the Pelicans prefer him over a younger, potentially better player?

I understand that they are a borderline playoff team making a midseason push and that they wanted to get rid of Omer Asik and his toxic contract, but they should not have given up a first rounder to do so. Left with no pick next summer, the Pelicans are in a poor position unless they can surround Anthony Davis and Demarcus Cousins with viable options. For now, the city of New Orleans should focus on its gumbo and jumbalaya.