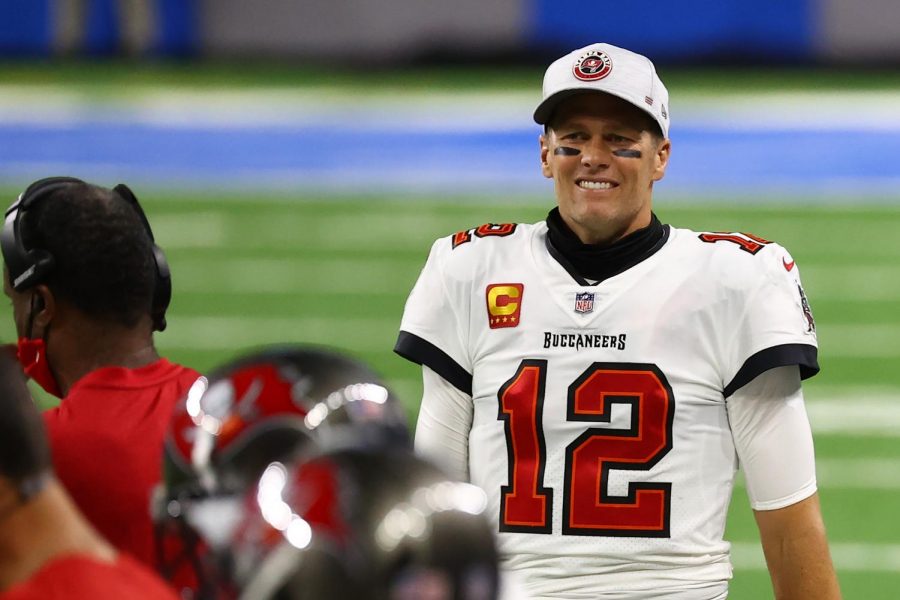 Tom Brady is headed to the Super Bowl. Is The Colgate Maroon-News reprinting articles from 2018? 2004 perhaps? Is this what they call déjà vu? Nope. It’s 2021, and Tom Brady is heading back to the Super Bowl for the 10th time in his 21st season at the spry age of 43. Absolutely remarkable. This season is a little bit different, though. After spending 20 illustrious years with the New England Patriots, in which Brady cemented himself as the greatest quarterback of all time, Brady took his talents down the coast to Tampa Bay, in a move that shocked the sports world. But here he is, yet again, in another Super Bowl, achieving what was thought to be impossible.

I was born and raised on Tom Brady and the New England Patriots. It’s been like a religion for me. Back in 2016, my dad and I went to the Christmas Eve game instead of going to Mass. Our excuse was that we were at the Church of Tom.

From 2004 to 2020, I have countless memories ingrained in my childhood experience watching Patriots games. There were the lows, like crying miserably when David Tyree made the famous catch and the Patriots lost to the Giants in the 2007 Super Bowl and sitting in my frigid car for 30 minutes after the Patriots lost to the Eagles 10 years later in the 2017 Super Bowl. But there were highs —  so many of them. There was the Malcolm Butler interception against the Seahawks in the 2014 Super Bowl when I ran around the room belly bumping grown men after breaking my leg just months before. And who can forget the 28-3 comeback when Tom Brady and the Patriots withstood all odds to win another Super Bowl trophy.

But now things have changed. Tom Brady has moved on, and Patriots fans, including myself, have tried to move on without him. We still have Bill Belichick, yes, but 2020 was disappointing for the Patriots. They finished an underwhelming 7-9, their worst record since 2000, and only the third time they missed the playoffs since their 2001 Super Bowl run. The Bill vs Tom “who means more” debate has been a main feature of sports talk shows since Brady’s departure, and Brady is winning that debate. Taking one of the historically worst franchises in all of sports to a Super Bowl in his first season with the team? That’s unheard of. Brady changed the culture down in Tampa, and Bill Belichick looks like a fool for letting him walk.

As a Patriots fan in 2020, I have been rooting for the team, although they were incredibly frustrating to watch and Cam Newton stinks. Throughout the season, I kept a steady eye on Brady and the Bucs, and have been rooting for them in the playoffs. It wasn’t until I saw his postgame press conference after the Bucs defeated the Packers that I really felt something, something I haven’t felt since Brady was on the Patriots. It made me happy, sad and emotional all at the same time. In front of me was a man who had given me a lifetime of joy: Six Super Bowl rings, 263 wins and 21 years of what is the greatest dynasty in the history of sports. I’m not one of those fans that is upset with Brady for leaving and I don’t think those fans should exist. It was time for him to move on. What he is doing in Tampa Bay is absolutely astonishing to watch, and he is making more history every time he plays. So, from Patriots fans around New England, thank you Tom Brady. Go win number seven this weekend.