Trouble for the ‘Blue Blood’ Programs in College Basketball 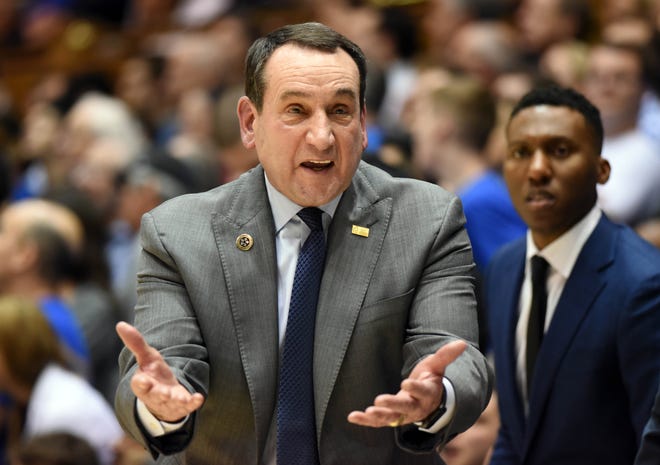 Coming into each year’s exhilarating NCAA basketball season, there are three main assumptions that college basketball fans everywhere tend to make: that March Madness will be pure pandemonium, that conference rivalries will be mouth-watering entertainment and finally, that Duke, North Carolina (UNC), Kentucky and all of the traditional “Blue Blood” programs will be dominant.

The first assumption, barring a COVID-19 cancellation of this year’s tourney (knock on wood that we avoid that), will undoubtedly be true. There have already been upsets galore in this year’s slate of games and March just brings out the Cinderella in every upset-minded mid-major program. Davids will forever hunt the Goliaths in March.

The second, that conference rivalries will not disappoint, has also been true this season. The Big 10, SEC, Big 12 and other packed conferences have been giving fans almost nightly battles. There are so few dominant teams in college basketball this year that any given night can yield an upset. And given the strength of some of these conferences (we’ll get to that), there are ranked matchups all over the place.

The final assumption, however, has been unequivocally false. Duke and Kentucky find themselves at 7-5 and 5-10, respectively, with not an entirely great deal of hope that they will turn their seasons around. UNC is holding their own a bit more than the others with an 11-5 record, but they (like the other two) find themselves on the outside of the AP Top 25 rankings looking in. In fact, when the rankings came out on Jan. 18, it was the first time since 1961 that none of the three were ranked. That’s right, the last time that none of the big three of modern college basketball royalty was ranked was the same year that the Berlin Wall was built.

Of the three, UNC has the most promise, but losses to North Carolina State and Georgia Tech make fans question their ability to make any noise this year. Duke just got freshman do-it-all forward Jalen Johnson back, and while he has looked stellar in his short career in Durham, they lack shooting from the perimeter. Big man Matthew Hurt is their only consistent shooter from three at a pretty outstanding 44%, but they need more triples to contend with some of the top dogs in the country. We saw that when they hosted Illinois in early December and got destroyed by the Illini, while shooting 5 for 22 from three. We aren’t accustomed to watching the Blue Devils get dominated in their own gym, but they did that night (as well as several other nights this season) and perimeter shooting is a massive reason why. Meanwhile, Kentucky is just bad. Despite a couple of good wins against Florida and LSU, losses to Georgia, Georgia Tech and Richmond show what kind of team they are: a team that is really struggling.

Another reason why these squads may be struggling this season is that they have young rosters playing with little preparation. Given the one-and-done culture that exists at the top of the college basketball world, young players are forced to step in and contribute from day one. Without a proper preseason and scrimmages to acclimate these young guys due to COVID-19, they have been thrown into the fire immediately. And with the rigor of their Power 5 conference schedules, these freshmen have tall tasks. Asking an 18-year-old kid to give you 30 points a night with basically no preparation is fairly egregious. On the other hand, we’ve seen teams with a lot of returning players and veteran guys play much better out of the gate. Teams like Baylor, led by a junior guard in Jared Butler or Gonzaga, with a plethora of returners, including senior guard Corey Kispert, are dominating early in this season. They have players who have been there and know how to deal with limited preparation. However, that excuse applies mostly to Kentucky and Duke, who have mostly young or graduate transfer players leading their lineups. UNC isn’t really struggling for veteran presence, they just can’t seem to fit the pieces together. Perhaps their added experience is the reason why their record is the best of the three, though.

With all that being said, Duke and UNC will match up on Saturday, Feb. 6 in a Tobacco Road rivalry game, and any true college basketball lover should be tuning in. When these two North Carolina schools located just ten miles from each other lace up and go to battle, great basketball is inevitable. A win in this annual blockbuster game could change the trajectory of either program’s season, and despite the fact that there won’t be a tiny number next to either team’s name indicating their AP Top 25 ranking, both sides know what’s at stake. Duke. Carolina. Cameron Indoor Stadium. That just is college basketball.