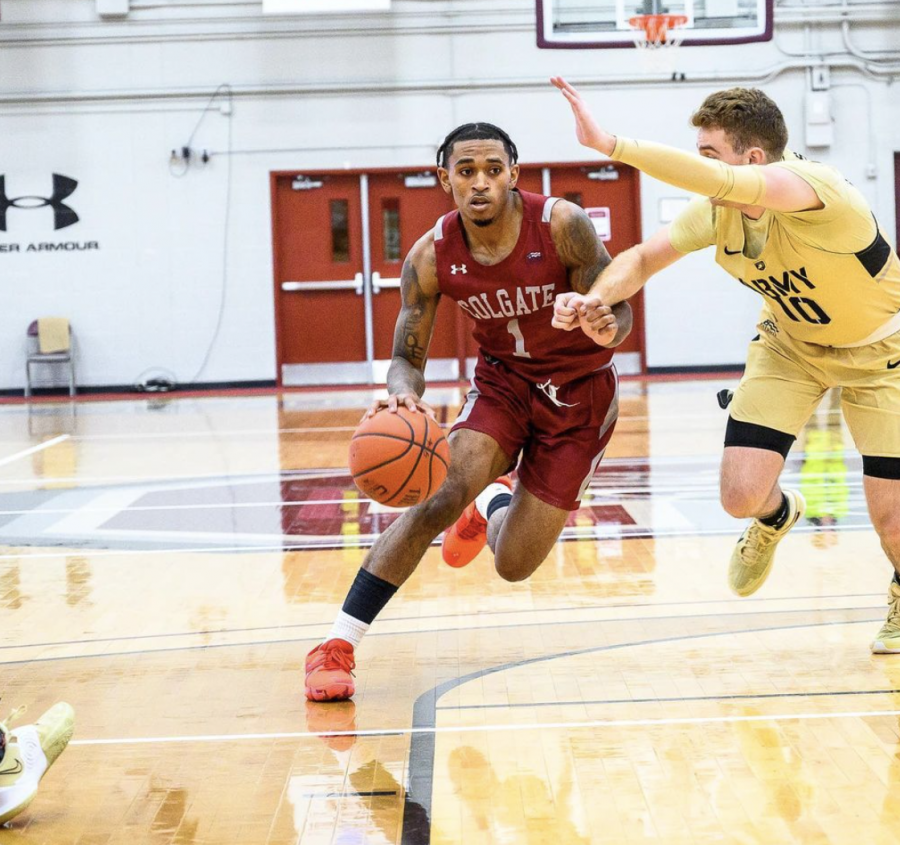 The Men’s Basketball Team has gotten off to a hot start. With a 7-1 record after two wins against Holy Cross over the weekend, the Raiders have positioned themselves near the top of the Patriot League, placing them second in the overall standings. Their current record coupled with their dynamic play on the court is sure to excite fans as their altered schedule continues over the next few weeks, after which they will face the best Patriot League teams in the conference tournament for an opportunity to compete in the NCAA Tournament.

All this being said, the 2020-21 season has clearly presented new challenges as a result of the pandemic. Players have had to fundamentally change their preparation for the season as well as their approach to each game. The Raiders are playing a modified schedule this year against only five geographically convenient opponents: Lehigh, Bucknell, Army, Holy Cross and Boston University. The number of games has been significantly reduced, and games are much more likely to be moved or postponed. Most weekends have the Raiders playing back to back games against the same opponent to decrease overall travel time and the likelihood of a COVID-19 outbreak.

All of these scheduling alterations have forced the Raiders to contend with some serious changes, and according to sophomore Center Keegan Records some new challenges.

“Obviously we’ve had some schedule changes throughout the year, and it hasn’t been ideal, but we’re just trying to do the best we can with the schedule we have,” Records said.

Some of these changes have potentially had impacts on the team’s play on the court. The Raiders’ only loss of the season came against Army after beating that same Army team the day before by fifty points.

The pandemic’s impact on the season started earlier than the first game of the season. Typically, the summer is a time when players, particularly first-year players, begin to acclimate to campus as well as the team environment. COVID-19 took that opportunity away from players and came with additional quarantining periods, limited workout opportunities and in many cases, imposed restrictions on where and how the team could practice together.

On adjusting to these new challenges, Head Coach Matt Langel said he had to be flexible.

“What we did was try and prepare for each step along the way… [we were] constantly changing our preparation and daily and weekly approaches,” Langel said.

Langel also spoke about the additional attention to fundamentals and basic drills that would help players get reacclimated and prepared for the season starting in the summer and fall.

Winter break is usually a time when players are becoming more and more acquainted with one another as well as prepared to close out the year strong heading into the second half of their season. Although the pandemic made that harder, the team made the best of the unusual winter break conditions.

“[During] winter break we definitely grow closer to each other, we all have that same schedule, going to eat, going to practice, going to lift. It’s just us up there so our chemistry definitely improves,” Records said.

He noted that the pandemic has also required players to get tested three times a week, and when other Colgate students returned to campus, the players remained off-campus at the White Eagle Banquet and Conference Center. Although these changes could’ve been disheartening for the team, Records said that the team’s mindset remained strong through the break.

The pandemic has also raised concerns about the psychological impacts on the team, and Langel said he has had to be even more concerned about the mental health of his players this season.

“As a coach, you’ve also got to pay attention to all the other things in [your players’ lives]. When you’re committed to a team the way our guys are, there’s a lot of stress and pressure and responsibility…  [The players] do all this because they love basketball, you got to make sure they’re finding joy in all the difficulties that there are,” Langel said.

He also said that everyone has had to make some kind of sacrifice during this pandemic, and his players are no different. Langel spoke about how proud he was of their individual commitments and mental fortitude.

Despite of all the additional challenges this year, the Raiders basketball team looks to be moving in the right direction towards the end of the season. After all, even though their season has changed in countless ways, the goal of this team remains clear.

“As a team we have our same standard coming into the year, we have our expectation set, we all know we want to be Patriot League champions at the end of the year,” Records said.