44 Years After its Release, Rumors by Fleetwood Mac Stays at the Top of the Charts 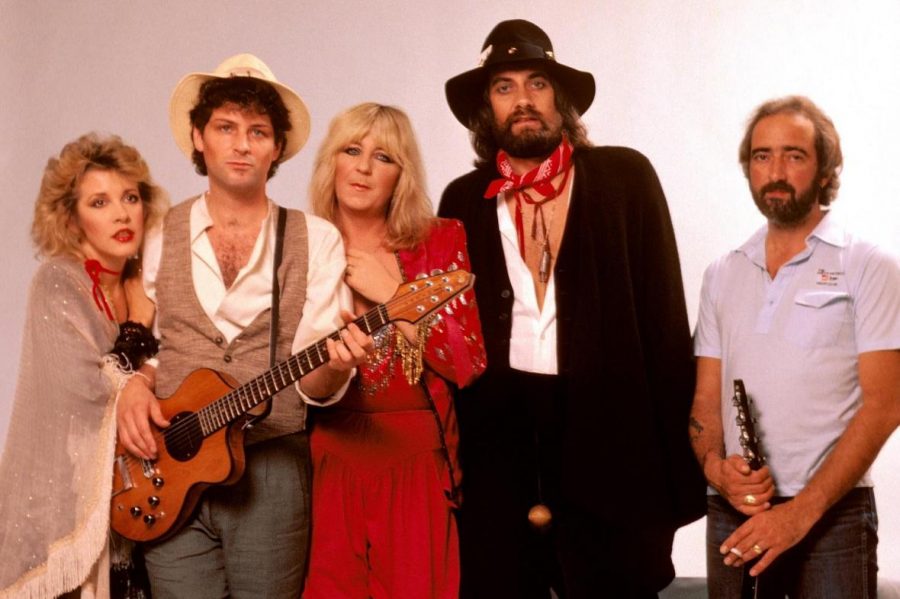 What do longboarding, Ocean Spray cran-raspberry juice and Fleetwood Mac’s “Dreams” have in common? They’re the crucial components that make up one of TikTok’s most viral videos of 2020. Created by Nathan Apodaca, who is better known by his handle 420doggface208, the short clip posted in September of last year currently sits at 79.5M views, boasting some 12.6M likes. Simply captioned: “morning vibe,” it was the pure and sincere tone of Apodaca’s video that struck a chord with viewers, encouraging other creators to hop on the trend and ultimately, catching the attention of Fleetwood Mac’s Mick Fleetwood and Stevie Nicks, who each recreated the viral clip themselves.

With such virality, it should come as no surprise that Apodaca’s video led to the reemergence of Fleetwood Mac’s hit album Rumors on Billboard’s Top 200, reaching as high as #7 in October of 2020 despite being released 44 years earlier on February 4, 1977. Immediately following its release in 1977, Rumors hit the ground running and spent 31 non-consecutive weeks at the top of the charts, making it one of the most successful albums of all time.

Earlier this year, my 13-year-old brother told me he recently discovered the song “Dreams” from Apodaca’s TikTok video. He is part of a whole generation of young people rediscovering Fleetwood Mac, with statistics from Warner Music Group’s Global Catalogue Division showing that the song “Dreams,” along with “Landslide” and “The Chain,” had been streamed 200 percent more often from users between the ages of 18-27 after the TikTok went viral.

Fleetwood Mac has a notoriously dramatic history, with relationships forming and breaking in the group as members came and went. It all started when drummer Mick Fleetwood and guitarist Peter Green co-founded Fleetwood Mac in London in 1967. The band originally started with Fleetwood, Green, bassist Bob Brunning and guitarist Jeremy Spencer. Green created the name Fleetwood Mac, a combination of the names of Mick Fleetwood and John McVie (Mac) in an attempt to entice bassist McVie to join. When McVie finally relented, Brunning stepped down from the band. In its earliest stages, Fleetwood Mac was a blues-rock band known for the success of the song “Albatross” from their third album in 1969.

1970 was a pivotal year for the band. By then, Fleetwood Mac had released three classic blues albums, been signed to Warner Bros. Records and taken in a young guitarist named Danny Kirwan. After experiencing a mental health decline, frontman Peter Green decided to quit the band after the end of their European tour. This period became known as Fleetwood Mac’s “transitional period” in which singer and keyboardist Christine Perfect, known also as Christine McVie, contributed to the band’s success as they moved from a blues-rock sound to a more pop-based style. She married bassist John McVie in 1969 and officially joined the group in 1970 for their album, “Kiln House.”

By 1972, three more members, Bob Welch, Bob Weston and Dave Walker had joined in on guitar and supporting vocals as Kirwan left the group. Walker and Weston’s memberships were short-lived, however; Walker was fired after the release of the album “Penguin” due to stylistic differences compared to the rest of the band. Weston was fired after the next release, “Mystery to Me,” for having an affair with Fleetwood’s wife, Jenny Boyd Fleetwood. This caused Mick Fleetwood emotional distress throughout their American tour, which was canceled just two weeks in. The group briefly disbanded after this event.

Stevie Nicks and Lindsey Buckingham joined Fleetwood Mac in 1975 after Mick Fleetwood had heard their song “Frozen Love” and was struck by Buckingham’s guitar and vocals. When Fleetwood reached out, Buckingham, who was dating Nicks at the time, told the group that the pair was a package deal. At this point in time, the group had five members and was a growing powerhouse with hits like “Landslide” and “Rhiannon.”

The Rumors era of Fleetwood Mac started around 1975 and the only way it could be described by McVie was that it was dramatic. The McVie couple decided to divorce after eight years together, Nicks and Buckingham went through an on-again, off-again period of their relationship and Fleetwood experienced infidelity with his own wife and started the divorce process with her. Each song on the album was emotionally charged and biographic, ending with “The Chain” as the group’s joint song about experiencing betrayal. Drugs and alcohol fueled the writing and recording process as well, only amplifying the tense environment.

As Fleetwood Mac decided to work through the individual and group struggles of relationships within and outside of the band, Christine McVie decided to leave after the success of Rumors. The album produced one hit after another and continued to stay relevant from its release in 1977 all the way until 2021, maintaining its position as one of the best albums of all time.