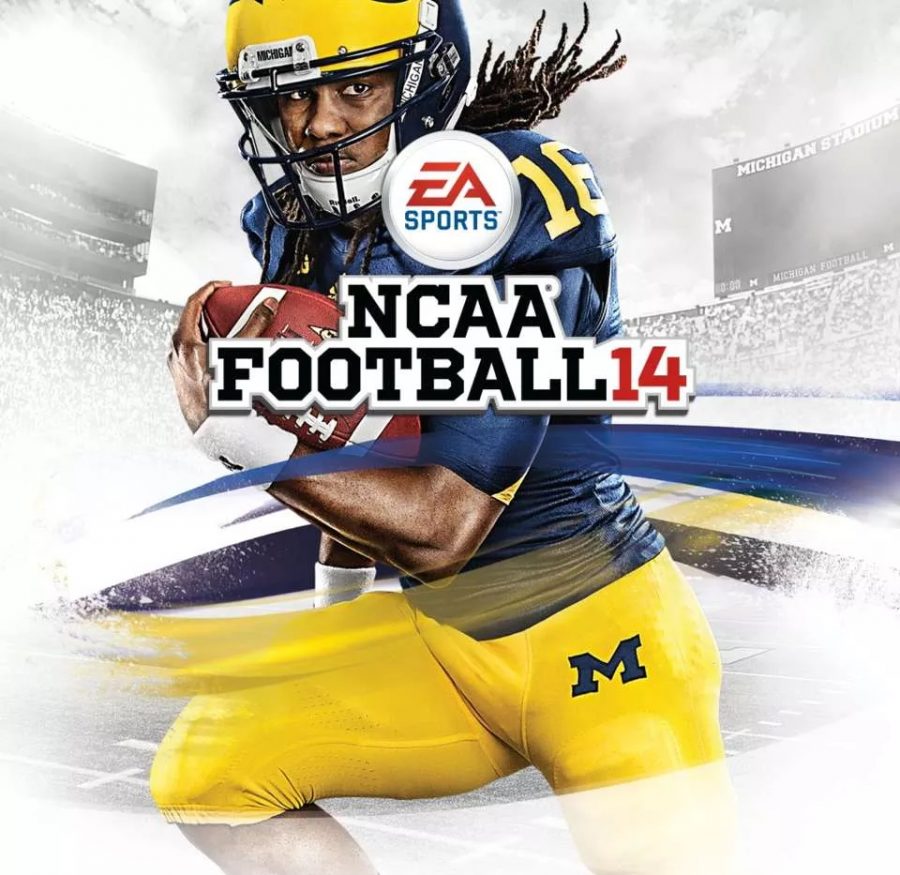 On the morning of Tuesday, Feb. 2, EA Sports sent shockwaves through the internet when they announced their development of a new college football video game. The announcement concluded years of hope and speculation among fans that EA would continue the series that had its last installment in July of 2013 with NCAA Football 14. For context, NCAA Football 14 is unavailable on the XBOX 1 or the Playstation 4, and the new game is projected to release in 2023 on Xbox Series X and the Playstation 5.

The closest opportunity that fans of the NCAA Football series have now to play college football is through Madden’s “Face of the Franchise” mode, where the player creates a quarterback and has the choice of ten universities to play for before advancing to the NFL. While that game mode brings out some excitement, it pales in comparison to the return of the EA NCAA series.

Being the cover athlete of any video game is a significant honor because the player serves as both the face of the game and a template for its interface. When EA announced the return of NCAA Football, 2018 Heisman Trophy winner Kyler Murray and 2019 Heisman Trophy winner Joe Burrow both Tweeted lamenting about their missed opportunity to be on the cover of the game. Typically, the cover athlete is a former college star who has just been drafted as a rookie in the NFL, with the last cover being former Michigan quarterback Denard Robinson. Burrow and Murray, who both were drafted with the first overall pick following their respective Heisman seasons, most definitely would have been on these previous, potential covers.

Some other notable players that missed the opportunity to be on the cover include Texas A&M quarterback Johnny Manziel in 2014, Oregon quarterback Marcus Mariota in 2015, Alabama running back Derrick Henry in 2016, Clemson quarterback Deshaun Watson in 2017, and Louisville quarterback Lamar Jackson in 2018. Wide receiver Devonta Smith, who just won the Heisman Trophy and National Championship with Alabama, would likely be on the cover for the hypothetical game next year. All of the names above except for Deshaun Watson have won the Heisman Trophy, and one could argue that Watson, who was twice a Heisman finalist, had a college career as great as any of the other names.

In terms of the gameplay itself, the most popular game mode was Dynasty Mode. In Dynasty Mode, a user has the opportunity to be a coach and recruit, play and work their way up toward a national championship. At the same time, if a user does well as a coach, then schools with a higher level of prestige will offer the user their head coaching job if it opens. With the new release, there should be a mode similar to Dynasty Mode in the last incarnation of NCAA Football 14. With Franchise mode accessible online in Madden, there should be a similar online dynasty mode where users can compete for recruits and championships against friends.

Another popular game mode that should continue with the return of the series is the Road to Glory, where a user starts as a senior in High School and gains scholarship offers throughout the season before playing for a college program. With EA making both the new College Football game as well as Madden, Madden should be able to take the continuation of a character from Road to Glory for its career mode.

The return of the popular video game series leaves fans excited for 2023 because of maintained popularity and indications of improvement in online gameplay. At the same time, the years without a college football video game leaves open popular debate topics on what the game has been missing in the past several years, as well as which players would have been on the cover.