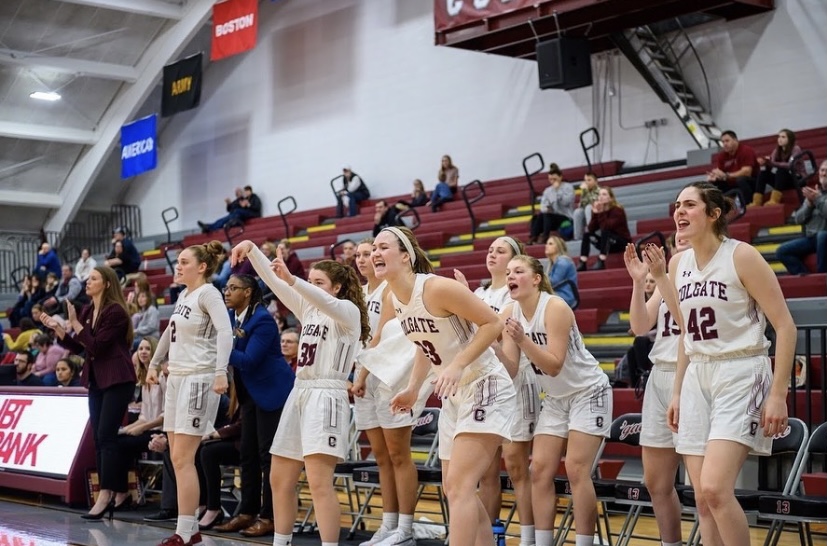 COVID-19 has led the Colgate Women’s Basketball team to deal with a modified schedule, constant postponements and a slew of other complications that have seriously impacted their play on the court. This past weekend, the team was unable to play two games due to postponements. As a result, they’ve had to contend with a level of uncertainty that is rare in athletics.

“You don’t really believe you’re going to be on the court playing the game until you’re actually playing the game,” sophomore guard Alexa Brodie said. “In previous years, you can plan ahead, but this year you never really know what’s coming up next.”

Usually, the team would get many more opportunities to play and practice together in the summer and fall, but they’ve been unable to meet nearly as frequently as they wanted to due to the pandemic.

“Not being here in the summer was a huge loss for the team,” Brodie said. “Not everybody had the same access to gyms in the summer that we would have had here on campus. [We were not able] to be here as a team and build that chemistry that we need.”

All of these issues were compounded by normal basketball-related complications. The Raiders have not had great injury luck this year, and the pandemic has only made it harder to rehab injuries and get players back on the court. In recovery herself, Brodie noted what it was like coming from an injury under difficult circumstances.

“Injuries are tough to begin with,” Brodie said. “For most of us, basketball is the majority of our identity so when that is taken, we can feel a bit lost. Especially with the addition of the pandemic, there are all these feelings of isolation in quarantine from not seeing your family and teammates.”

All of these concerns have contributed to the Raiders’ record, which currently sits at 1-7. However, the women’s team refuses to make excuses or give up on the season. Head Coach Bill Cleary as well as Brodie remain optimistic about the team going forward.

“Our culture is stronger than it has ever been,” Cleary said. “I’m excited for what the rest of February holds for us and we’re looking forward to the rest of March. We’re getting healthier and getting some of our players back, and as we get healthier we’re going to get stronger.”

Brodie and Cleary felt encouraged by the time the team spent together during winter break.

“We looked at winter break as an opportunity to become closer — to get to know each other better,” Cleary said.

Cleary and Brodie emphasized that they believe every player on the team took full advantage of that opportunity and gave them a real chance to close out the season well.  Brodie talked about the team’s mindset for the end of the season and their approach.

No matter the final record, Cleary noted that he could not be prouder of his players’ resilience and dedication this season.

“One thing we talked about at the end of the year is that the team that is the most adaptable is going to have the most success,” Cleary said. “While it might not show in the record, I really think our team has been great with that.”

Cleary attributed the team’s ability to play at all as a testament to the administration, the athletic department and the Colgate community.

“Our administration from top to bottom has been absolutely incredible to give us that opportunity,” Cleary said. “Our team has become way more appreciative [of how] administrators have always put the students first.”