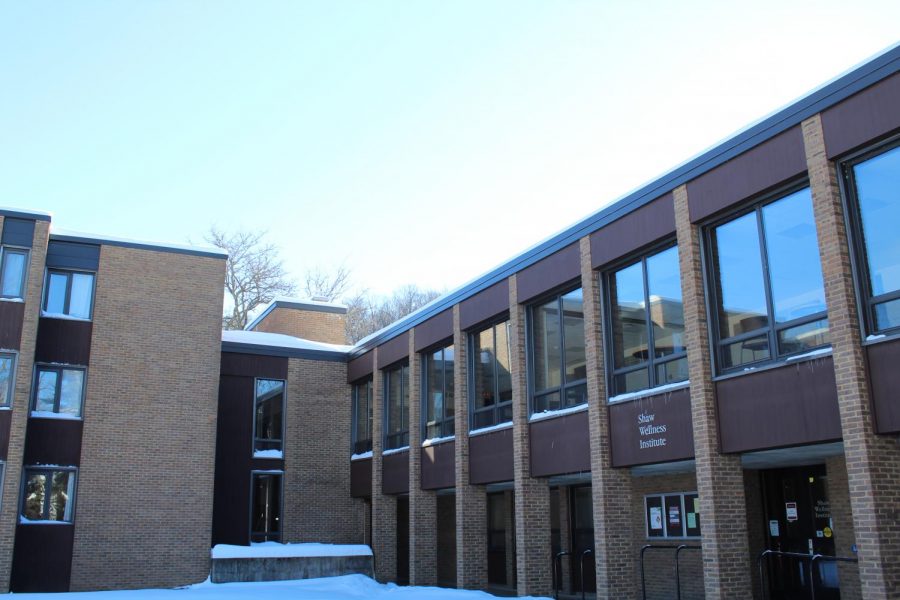 At the start of the Spring 2021 semester, University administration informed 113 Broad Street residents that the Core study space in the residence hall would be used as a COVID-19 testing site. In response to the administration’s decision to establish the Core as a COVID-19 testing site, 113 Broad Street resident sophomore Margo Williams started a petition requesting the University reopen the Core study space for students.

“I’m disappointed with the decision that the administration came to because I do think there are lots of other better places on campus [for COVID-19 testing],” Williams said.

In an email sent by President Brian Casey on Feb. 2, the Emergency Operations Center (EOC) attested that the Core space would be the most feasible location for a COVID-19 testing site on campus.

“Each of the possible alternative locations are being used to accommodate a return to campus this semester, including, for example, the Hall of Presidents (for a new dining venue) and Edge Cafe (also used for dining). I know that the EOC’s review was comprehensive and considered vehicular and foot traffic to the testing site, size of the room, ability to store items so as not to need to set up a testing site each day, proximity to the anticipated vaccine clinic and Student Health Services, among other particulars,” Casey wrote in an email.

113 Broad resident sophomore Anya Steinmetz explained that the Core is an integral study space for residents and was especially popular in the Fall 2020 semester.

“People would sit at tables with masks on, but it was a place to study with your friends, to see your friends, but obviously in a safe way. It was a nice place to go just to study too and do classes [on Zoom] especially because it’s a place where you can talk and you don’t have to feel weird about talking. But also, it’s not necessarily a loud place,” Steinmetz said.

Steinmetz explained the disappointment from students in response to the sudden decision of the Core becoming a COVID-19 testing site.

“A lot of people drafted emails regarding why they don’t like the decision about the Core based on the social reasons, mental health reasons, educational reasons, and for health and safety reasons. People including myself were kind of concerned with the fact that there are going to be so many people coming everyday to this building to get tested for COVID-19 and then they’re going to be walking down the same staircase as us and touching the same door handle,” Steinmetz said.

Williams articulated that, despite the administration reaffirming their decision to have the Core be a COVID-19 testing site, it is best to come to terms with this new situation.

“I’m not planning to continue to pursue advocating for the change because I feel that [administration] answered the call and shut it down pretty succinctly. I’d be wasting my energy to continue trying to make that change happen,” Willams said. “At some point, you adapt and you move on, and the culture changes. We’re not using that space anymore, so we’ll find other spaces on campus to see 113 [Broad] members.”

In light of the Core no longer being a study space, the facilities staff will install furniture, televisions, ping pong tables and pool tables across the four buildings of the 113 Broad Street complex for students to use. Currently, residents can use folding chairs and foldable tables set up on their floors.

In response to these accommodations, Steinmetz reiterated the Core’s significance as a place for studying and socializing for 113 Broad Street residents.

“I don’t think it’s accommodating enough,” Steinmetz said. “They finally put some furniture out in the common area right outside of my room, which included a foldable plastic long table and some folding chairs. They just added one or two small wooden tables, but that’s really not enough. People see the people on their floor every single day.”

In an email from Assistant Director of Residential Life Amanda Stewart to 113 Broad Street residents sent Feb. 12, Stewart explained that the Office of Residential Life will provide new furniture and recreation equipment, such as study tables, chairs, foosball table and air hockey tables, expected to be installed in lounges and basement lounges on Feb. 24.

Williams showed concern that students might study and socially interact with each other in bedrooms and put each other at risk as a result of the Core no longer being a study space.

“I think students are going to be going in and out of one another’s rooms far more often as a result of this, which makes the students who are most nervous about COVID-19 in a really tough position. Particularly if one person is not nervous about getting COVID-19 and wants to have people over because they have nowhere else to be social, or to do schoolwork with a classmate and their roommate doesn’t want that,” Williams said.