UEFA Champions League Catch-Up: What to Expect Going into the Round of 16 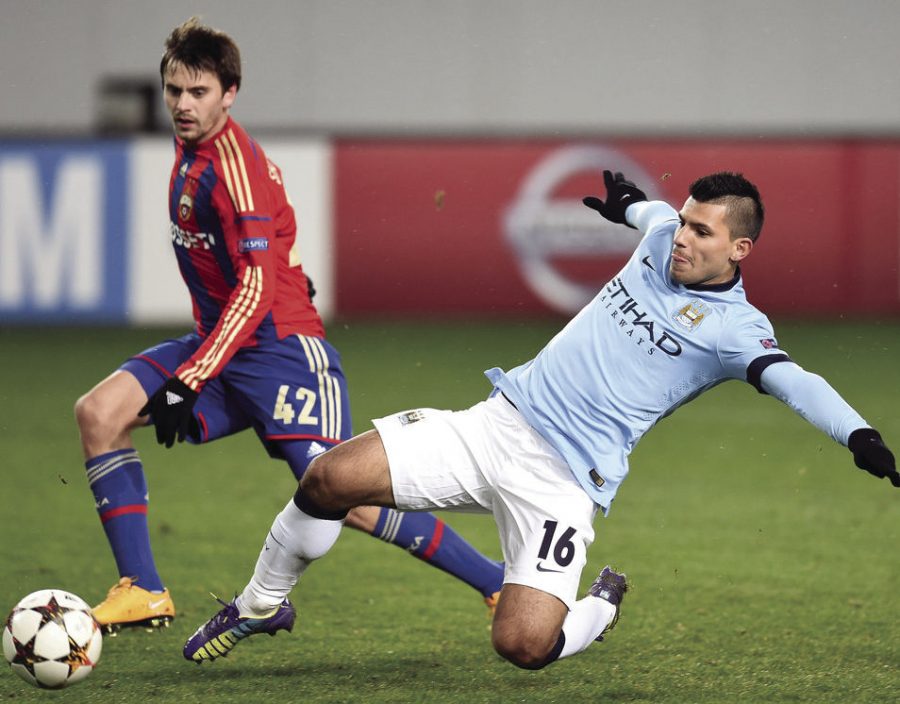 Sergio Aguero and Manchester City look unbeatable heading into the final two matches before the Elimination Round. Never having won the UEFA Champions League, Man City hope this will be their year.

The Union of European Football Association (UEFA) Champions League has brought various surprises this year. From Tottenham’s four points of six possible against Real Madrid to Ukranian champion Shakhtar Donetsk’s three wins in Group F, this truly has the makings of a great and suspenseful competition.

In Group A, we see the dominance of Manchester United, who has won all four of their games thus far. There are really no surprises in Group A as Manchester United has more depth and talent than FC Basel, Benfica and CSKA Moscow. In Group B, PSG is just too much to handle. They’ve played four games, scored 17 goals and conceded one, including a very impressive 3-0 showing against German giants Bayern Munich.

Group C is considered the most competitive group in the Champions League, as it includes Chelsea, Roma, Atlético Madrid and Qarabag. A big surprise in this group has been the struggles of Atlético Madrid. Atlético has made at least the Semifinals the last two years, and is currently four points behind Chelsea for second place. Roma has kept an unbeaten record in this group, including a very impressive 3-0 win over Chelsea.

Group D shows the clear dominance of Juventus and Barcelona, who should have no problems qualifying for the Round of 16. Group E is certainly full of intriguing matchups. Liverpool and Sevilla, who are both struggling in their domestic leagues, are thriving off the inferior competition in the group. But at the same time, they’ve definitely made winning the group harder on themselves than they should.

Group F sees the dominance of Manchester City, who recently had a very impressive road win in Napoli. Currently, Manchester City is the best team in Europe, as they haven’t lost a game in any of their domestic competitions or the Champions League. The biggest surprise of this group is the success of Shakhtar Donetsk. They currently lead Napoli by six points and can clinch qualification for the Round of 16 with a tie in their last two games.

In Group G, we really see the fall of two teams that had a tremendous amount of success last year. Monaco were a semifinalist in last year’s Champions League and currently sit in 4th place, on the verge of elimination. Also, RB Leipzig, who came in second in Bundesliga last year, are battling it out with Porto for second place in the group. The top of the group in Group G is the Turkish team Besiktas, which is rather surprising considering the quality of the teams below them.

Lastly, Group H sees Tottenham in first place with Real Madrid trailing three points behind them. A real disappointment in this group has been the performance of Borussia Dortmund. Dortmund, who appeared in the quarterfinals last year, have been struggling to find results and are on the verge of elimination.

Going forward, the table is pretty much set and the top teams have differentiated themselves. Heading into matchday five of six, four teams have already punched their tickets to the Round of 16. Bayern Munich, Manchester City, Paris Saint-Germain and Tottenham Hotspur will all advance. With wins in their next games, Manchester United, Basel, Roma, Chelsea, Barcelona, Juventus, Sevilla, Liverpool, Shakhtar Donetsk, Beşiktaş, Porto and Real Madrid will also advance.

The draw for the Round of 16 will be on December 11. The draw procedure works like this: the table winner and runner-up are split into two seeding pots, and no team can play a club from their own group or from their own league. Escaping group play is a small victory in the grand scheme of the Champions League.

Manchester United has dominated Group A and looks primed to make a deep run this season. Sitting second in the Premier League, United has been lead by a deeply talented attack consisting of players Lukaku, Rashford and Martial. Experienced midfielders and defensemen, along with a world-class goalkeeper, David de Gea, makes United a scary opponent. PSG and Manchester City are also undefeated in their respective pools.

Some teams seem to drag through the Group Stage then catch fire once the elimination round comes. Chelsea and Juventus have struggled but still are in decent position to advance, and the same can be said for Real Madrid. Once we reach the knockout round, expect these teams to elevate their performances.