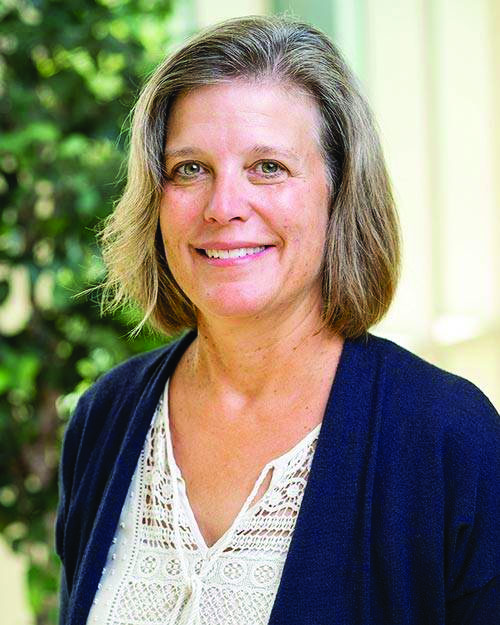 The Center for Learning, Teaching and Research is one of Colgate’s many incredible resources. It is one of the Associate Director of student services, Karyn Belanger — who amplifies the impact the CLTR has on the Colgate community. Her main role is to support students and faculty alike, the two inextricably intertwined. That is, what students and faculty need extra support for are rarely in isolation. Belanger’s day-to-day work ranges from meeting with students individually to helping make a plan for overwhelming work weeks, to facilitating the match up of tutors with students, to coordinating with and for faculty in need of research assistance or general support via the Learning and applied innovation group. Over the summer, Belanger is even more geared towards the research aspect of her role. She oversees the entire summer research application process, acting as a liaison between faculty’s needs and student interest as well as logistically organizing presentations at academic conferences where students display the research they have been doing here at Colgate to a much broader academic audience. Simply put, Belanger’s work in the CLTR is all over the place, reaching so many different members of Colgate’s community.

She first began her work at Colgate in 2003 as a part-time application reader in the Admission’s office. Belanger had received a PhD in microbiology at Duke and, a year after beginning her work at Colgate, was teaching biology labs for about ten years. She became instrumental in working with student-athletes in navigating the tricky balance between rigorous academics and Division I athletics. During this time, Belanger was asked to spearhead a new project from what was, at the time, a small tutoring support program. Then-director Joe Amato was looking to utilize Belanger as a Biology liaison for a new sect of peer-led team learning in the department. With his retirement, Belanger took over these peer-led teams as well as the broader tutoring program for the campus as a whole.

“At some point in there, I gave up working with student-athletes but really continued the same type of work with non-student athletes on campus who wanted to meet with someone to organize their calendar, think more carefully about their study habits, etc.,” Belanger said. “So everything kind of all tied together with that as we tried to expand the role of the CLTR on campus.”

Belanger’s move to the CLTR was foundational to the growth of the program as it began to transform into what we know today. The joy of her work? The deeply human aspect of what she does every day. As an integral part of so many student and faculty support networks, Belanger directly contributes to one of the aspects that makes Colgate so special and unique — the deep and distinct type of human connections that are able to be cultivated on a campus this small.

“The highlights have come when I have worked with a student who may have had to overcome obstacles to be successful at Colgate has a victory — large or small, whether it is doing well on a quiz or exam, feels [like] some kind of success, or best yet, watching them graduate. Being part of the support network for our students is a very rewarding feeling,” Belanger happily mused on this aspect of her job.

This is not to say it is without challenges. The largest challenge has been properly advertising what the CLTR does, something Belanger has been and continues to be extremely dedicated to improving over the course of her involvement with the center. Often, she finds people confuse the similar acronym of the CLTR with that of the CLSI (Center for Leadership and Student Involvement). Even so, the greater challenge is in publicizing what exactly the CLTR can offer to students.

COVID-19 has, like every single other group on Colgate’s campus, impacted the CLTR and Belanger’s work. On one hand, there has been an unprecedented uptick in student requests for tutoring, though she is not sure if this is entirely due to Covid-19 or the general trajectory of the center as it continues to grow in scope and prevalence on campus. Faculty, transitioning to Zoom learning formats, have of course turned to the CLTR to best adapt to virtual learning beyond just the technology aspect. The largest thing for Belanger, however, has been the lack of in-person meetings in any capacity — a casualty of Covid-19 that most of Colgate’s student body has felt the heavy impact of. It’s been the loss of small things previously taken for granted like missing seeing colleagues and casual check-ins or chats with those Belanger works so closely with such as the other staff of the CLTR as well as the Administrative Deans to ensure the well-being of students.

Of course, Zoom meetings have been essential to keeping things moving, but as Belanger laments, it is not the same.

“We’ve adjusted and I’ve found better ways to communicate on Zoom but in the beginning it was like you’re holding a paper up to a screen and it’s kind of frustrating. Not being able to meet in person is one of the biggest things … I miss the human connection but we just have to try to keep pushing through and have those connections,” she said.

Though Covid-19 has radically changed the Colgate that once existed prior to last March, those like Belanger are tirelessly working and constantly adapting to still provide copious amounts of support and resources for students, faculty and the community as a whole.

When she is not working in the CLTR, Belanger spends time with her family outside hiking, camping and cross country skiing, often traveling to the Adirondacks to fully enjoy the outdoors that Upstate New York has to offer.