Biggest Surprises so far in the NBA 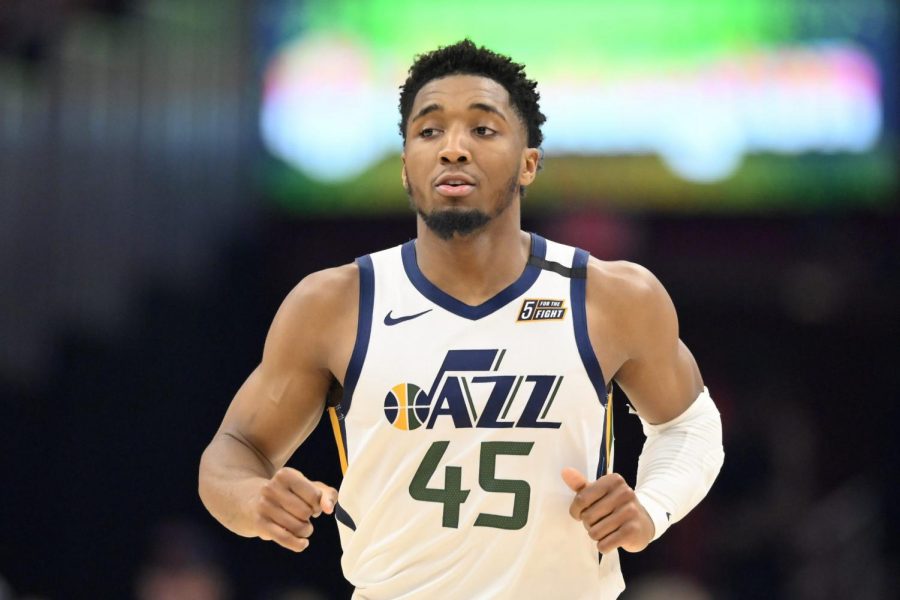 This year’s NBA season has proven to be more unpredictable than in years past. Considering the quick turnaround from the Orlando bubble, COVID-19 protocols that have kept key players out of games and the overall uncertainty of the season, fans have seen some surprising results. Many prominent teams, like the Miami Heat and Boston Celtics, have struggled mightily, while others have proven to be overachievers.

For starters, let’s talk about the Utah Jazz. Last year was a disappointment. Superstar guard Donovan Mitchell did not perform how many thought he should, veteran point guard Mike Conley never really fit in and while the supporting cast looked sufficient, it wasn’t enough to get past the first round of the postseason. However, everything has turned around this year for the Jazz. Utah paid a huge contract to center Rudy Gobert before the season (five years, $205 million), and although many people questioned giving that much money to a guy who is seen as an average offensive player, he has proven to be worth the money with his game-changing defensive ability.

So far this season, only the Los Angeles Lakers average less points allowed per 100 possessions defensively. Meanwhile, Mitchell has taken that next leap into NBA stardom, shouldering the offensive load with 25 points per game on efficient shooting. Conley has fit in much better this year, while wing shooters Joe Ingles and Bojan Bogdanovic are shooting at high clips, and Jordan Clarkson is the clear frontrunner for Sixth Man of the Year. With all of this going for them, Utah is sitting at a 27-7 record and has a relatively comfortable three-game lead for the number one seed in the West. It looks like they have made a step towards being a team that could possibly make it to the Western Conference Finals. However, teams like the Lakers, Los Angeles Clippers and Phoenix Suns have established stars that have been in deep playoff runs before, and I fear that the Jazz are still at least one year away from being a legitimate threat to the Western Conference.

The New York Knicks have a .500 record, are fourth in the East (yes, that’s how bad the East is) and the world is losing its mind. Now led by head coach Tom Thibodeau, New York has a legitimate top-five defense and have a strong mix of young, exciting players and thick-skinned veterans. This is all centered around their new lord and savior, Julius Randle. In his second year with the team, Randle leads the team in points, rebounds and assists (23, 11, 5.5 respectively) and was just voted into his first All-Star Game. Randle has been a player who people always thought had a lot of potential since he left Kentucky. He bounced around from L.A. to New Orleans before signing as a free agent with the Knicks last offseason in a deal that many people saw as a bit of a gamble for the team. However, Randle has proven to be exactly what the Knicks needed: a go-to player who can lead an offense filled with younger guys.

Those young guys, specifically guards R.J Barrett and Immanuel Quickley, have shown great potential so far this year. After his fairly disappointing rookie season, Barrett is slowly but steadily improving, and Quickley has clearly established himself as a guard who will be in New York’s long-term plans. I like what the Knicks have done by getting guards like Austin Rivers and Derrick Rose as well, veteran players who have been in a lot of different situations and have the ability to guide this young team as they make a playoff push. Speaking of the playoffs, I expect the East to figure it out at some point and don’t think the Knicks have any chance of getting out of the first round. However, they have come a long way from the mediocrity they have been situated in for years, and the NBA is undoubtedly a more exciting place when the Knicks are good, so I’ll gladly hop on the bandwagon.

Looking at some honorable mentions for the year, I also enjoy watching the Suns play and I’m glad they are doing well. Although I’m not the biggest Chris Paul fan, you have to appreciate what he did in Oklahoma City last year and he deserves the chance to play for a real contender. In addition, the Warriors are fun again and every NBA fan should be celebrating. They feel like the old-school Warriors, the ones that fans loved and rooted for before Kevin Durant screwed everything up, and I hope they make it into the playoffs and give us an exciting series. Finally, the Bulls are weirdly decent and if you haven’t watched Zach Lavine play, you should. Although I still think his stats, although impressive, are hollow and will not lead to team success, I cannot deny that he has developed to levels in the league I never thought he would get to when he was drafted out of UCLA.