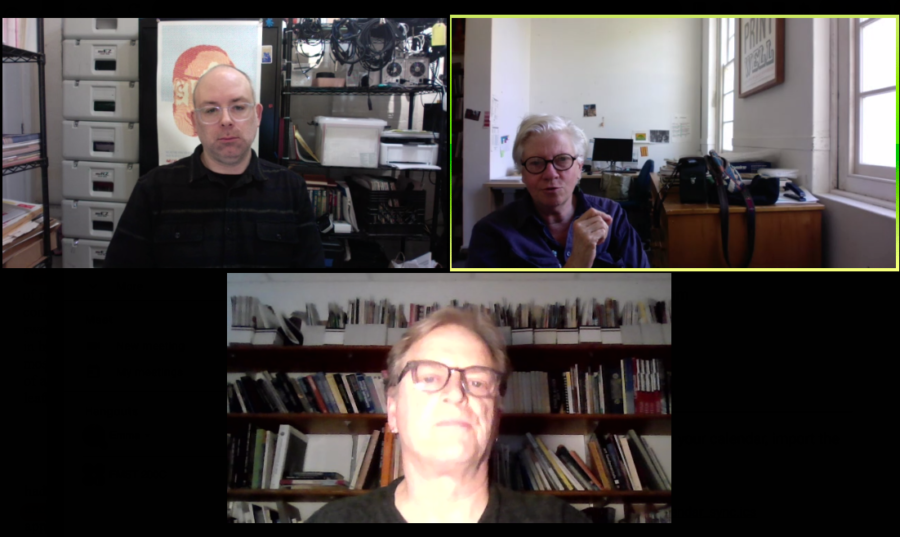 The Arts and Humanities Colloquium Event series featured Debra Castilla, a Stephen H. Weiss Presidential Fellow and a Professor of Hispanic Studies and Professor of Comparative Literature at Cornell University as part of a discussion entitled “What Do We Mean by Latinx Theatre Today?” on Tuesday, March 2. The event also featured Professor Osvaldo Sandoval Leon, Director of the Arts and Humanities at Colgate, and a Professor in the Department of Romance Languages and Literatures, as well as Professor David McCabe, the Richard J. and Joan Head Chair in Philosophy.

Sandoval said the event illustrated the values and importance of Latinx performance.

“This event fostered and embraced the values of Latinx performance and its political engagement through advocacy, art-making and scholarship. This event showed the importance of including in our academic field a diverse and political theater that challenges and invites the audience to critically understand situations of socio-cultural and political oppression. It is important to raise dialogues among our faculty, students and community members on cultural adversities through independent Latinx artistic productions.”

Professor Castilla presented on the history and current state of Latinx theater.

“Professor Castilla’s presentation showed the importance of transforming and amplifying the narrative of the American theater,” Sandoval said. “Latinx theater is not a ‘new’ theater, but rather a theater that has evolved from a long tradition of artistic production”

During the presentation, Castilla listed some of her favorite creators, including Caridad Svich, Mercedes Batiz Benet, Lupe Gehrenbeck and Marisa Chibas. Castilla also had an interesting section in her presentation about the “Times Square Mickeys.” She mentioned that many of the people in character costumes in New York City are often recent immigrants to the United States and that these costumes allow performers to exercise their free speech without speaking English. This led to a discussion about one Latinx production entitled “Atrapen a Minnie,” which was created by Lupe Gehrenbeck and explores the reality of one of the performers.

Castilla also discussed the background of Latinx theater, including how it connects with Latina immigrants and how social justice has influenced performances. Castilla mentioned that many Latinx theater performances show the vulnerability and fear that many Latinx people experience, particularly as immigrants, an example of this being Dolores Prida’s “Coser y Cantar.” She also talked about how Luis Valdez, a Chicano playwright, director, actor and screenwriter, shaped our early understanding of Latinx theater through his movies “Zoot Suit” and “La Bamba.” Before those well-known performances, however, he founded the Chicano theater company Teatro Campesino, a social justice group that remains vital as an ensemble and theater in the world of Latinx performance.

Castilla noted that only three Latinx creators have won Pulitzer Prizes, including prominent artist Lin-Manuel Miranda; it was through the success of productions like Miranda’s “Hamilton,” Castilla argued, that a shift has been able to occur in how people view Latinx theater and theater as a whole through its multi-racial cast.

Towards the end of the presentation, Castilla called on professors and other academics to look at content rather than the context in Latinx theater, challenging them to expand their categorizations of Latinx performances. Instead, she encouraged academics to view Latinx theater as more artistic, rather than ethnic, which can lead to greater nuance when watching and studying performances.

“I thought Professor Castillo’s talk did a great job of helping us all think through some really important questions about the ways that theater navigates the spaces inhabited both by all people and by persons from particular communities,” McCabe said. “In offering different accounts of what Latinx theater might consist in, and in helping us move beyond overly simplistic ways of slotting different forms of theater neatly within discrete silos, she helped us get to a better understanding of some critical issues at the nexus of the arts, representation and identity.”