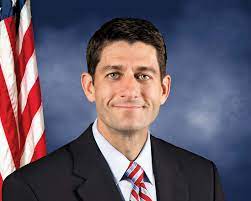 The Colgate College Republicans and Center for Freedom and Western Civilization (CFWC) co-hosted former Speaker of the House of Representatives Paul Ryan on Thursday, March 25 via Zoom. The two-part, off-the-record talk began with a closed session for the Colgate College Republicans club members, then opened up to a larger audience which included people from the Colgate community, in addition to private donors from the CFWC.

Darcy and Griffin provided registrants with a Google Form prior to the event, which they used for gathering questions to present to Ryan.

“I made sure it was coming from a Colgate professor, and then a student, and then an alumnus to try to hit every kind of demographic. So it really was just everyone you can imagine sending in questions,” Griffin said.

In addition to Griffin and Darcy, Colgate University President Brian Casey and additional leaders of the CFRWC contributed to efforts to make the event possible.

“We had a list of several moderate conservatives that we were looking into to speak, and we met with President Casey over winter break and ran the list by him, and he was the most excited about Paul Ryan, so we figured we would try him first and if it didn’t work out we would try to get another speaker on that list. But it ended up working out,” Darcy said.

According to Darcy, the CFWC helped make the event happen through private fundraising from people in and outside the Colgate community. Professor of Political Science and Director of the Center for Freedom and Western Civilization Robert Kraynak worked closely with Griffin and Darcy to organize the event as the faculty advisor for the Colgate College Republicans club.

“We saw how the Heather McDonald event played out and we thought that that did more harm to Colgate’s community than it did good. There was a lot of political division after that, and during this event we wanted to help lessen those tensions,” Darcy said.

“Our goal with this was really to focus on bipartisanship, so we wanted to bring in a speaker that would attract a lot of people, regardless of whether or not they agreed with them,” Darcy said, reflecting on the controversy that resulted from Colgate’s Open Discussion Club hosting conservative speaker Heather MacDonald in the Spring 2020 semester.

Sophomore Bryn Luedde is a member of the Colgate College Democrats club and attended last Thursday’s event. Despite the effort to select a less divisive speaker, Luedde said she was skeptical about the value of Ryan’s talk.

“As a Democrat, I did not see much truth or value in Speaker Ryan’s discussions of bipartisanship. His calls for unity and bipartisanship felt disingenuous in the context of the political cover he provided for Former President Trump during his term as speaker,” Luedde said.

According to Griffin, the Zoom webinar’s attendance reached a maximum of 230 attendees at one given time. Attendees included current students, alumni, faculty, staff, donors and others.

“Our office has helped organize virtual events with departments and clubs across campus this past year, and this event generated above-average interest with less than a week’s worth of advertising, which was neat to see,” University Events Coordinator Becky Roser said.

Griffin, who was the president of the Colgate College Republicans last year, has been working on coordinating this event for just under a year.

“I do wish it could have been in person. That’s my only big regret with the event. Just based on when I started with all this, we weren’t sure if COVID was gonna be a long-term thing,” Griffin said. “I’m really glad that it happened; I do have a sense of relief that he came. He was at the top of my list.”