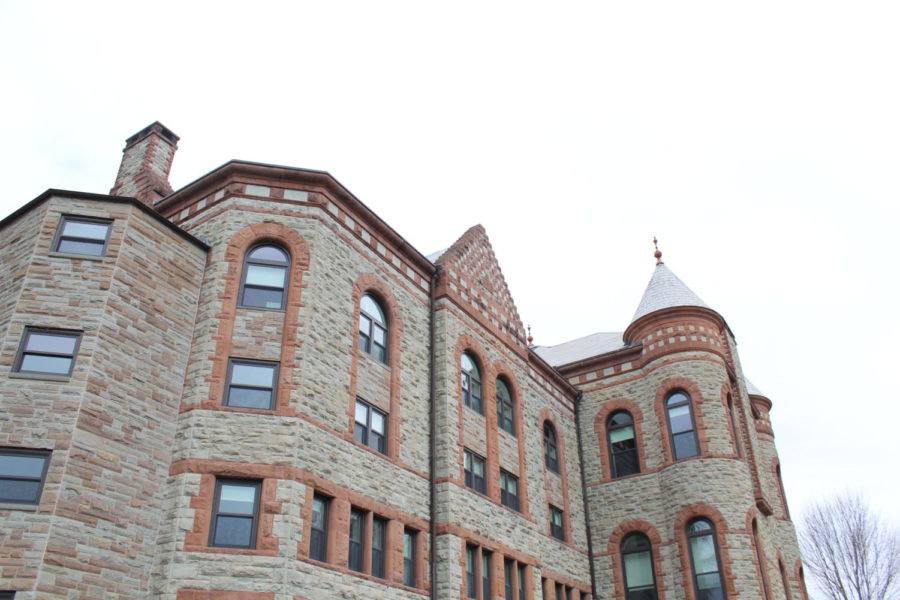 Applicants for Colgate’s class of 2025 received admission decisions from the Office of Admission on March 24. In accordance with Colgate’s tradition of 13, decisions were released at 8:13 p.m EST.

This year’s admission decisions, released last week, came later than in past years, according to Jones and Wood Family Vice President for Admission and Financial Aid Gary Ross.

“This was the first time that we extended the timeframe for reading applications due to the large volume that we received, we ended up notifying prospective students of our decisions about a week later than in previous years,” Ross said.

According to Ross, this year’s applicant pool was the most competitive in school history. Colgate Admissions received 17,533 applications for the Class of 2025, a 104.25% increase from last year. The historic applicant pool was also one of Colgate’s most diverse ever, with applications from Black, Latinx and first-generation students more than doubling, according to University President Brian Casey.

“We had our largest number of applicants, and at the same time this group presented an overwhelmingly strong set of academic and extra curricular achievements,” Ross said.

The large number of applicants was partly due to the fact that the application process looked different than it had in previous years. According to admitted student Ryan D’Errico, he applied to more schools because of the restrictions of the pandemic.

“I ended up applying to 13 colleges, but it is not something I would recommend anyone to do. I would not have applied to so many schools if I had been able to visit more colleges,” D’Errico said.

The large number of applicants required admissions staff to spend many extra hours reading and evaluating applications, according to Ross.

“For the first time, we had to conduct all of our recruitment virtually, but that helped us to connect with even more students than ever before,” Ross said.

Out of the 17,533 applicants, 3,010 students were admitted to the class of 2025. This larger number of applicants made the decision process more competitive, with the acceptance rate decreasing from 27.5 percent to 17.2 percent, according to Ross.

According to incoming first-year Courtney Peryer, applying to colleges this year was especially difficult due to the COVID-19 pandemic.

“Without the ability to visit schools, in most cases, you had to rely solely on online tours and information from current students,” Peryer said.

In addition to the restrictions on campus tours, incoming students claimed that the pandemic also made taking standardized entrance exams, like the SAT and ACT, more difficult. According to admitted student D’Errico, the exams were cancelled often due to breakouts of COVID-19 cases.

“Unfortunately, my school ended up shutting down for 2-weeks due to COVID cases and that SAT was cancelled as well. This was really frustrating, but luckily every college I applied to was test-optional so I did not need to submit a score,” D’Errico said.

Although the application process looked different for students applying, the pandemic did not impact the decisions process according to Ross, who said the Office of Admission uses the same holistic review process each year.

“We are always looking for students who have demonstrated a willingness to meaningfully engage, to tackle difficult challenges, and who have proven that they have the capacity to contribute to a community focused on excellence inside and outside the classroom,” Ross said.