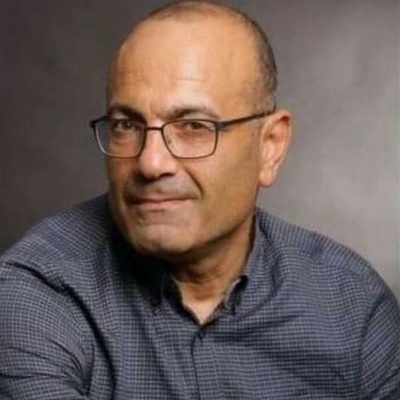 On Monday, March 29, the Middle East and Islamic Studies department hosted a lecture with Professor Uzi Rabi, a senior researcher in Iranian Studies from Tel Aviv University, who focuses on modern history and the evolution of states in the Middle East.

The lecture began with Rabi’s statement that the Middle East is an ever-changing region and that, as a collective, we need to think outside the box and create different tools with which to think about the region. This is the type of work Rabi engages in at the University of Tel Aviv. Specifically, Rabi looks at Israel’s ability to perceive the Middle East in different ways and then addresses whether Israel is prepared for the change caused by this shift in perception.

Rabi continued by addressing the 2011 Arab Spring uprisings in Egypt and Tunisia. He described them as a set of revolts that were bottom-up, with the lower classes participating. These uprisings demonstrated that dictators are not immune to the power of the masses. According to Rabi, these uprisings were unheard of for historians.

“Uprisings of that scale mean you have crossed a line of no return, however, the aftermath proved that wrong,” Rabi added.

These states became arenas of power where different groups uprooted their visions at the cost of others. Additionally, Rabi pointed out that the Arab Spring aggravated the Sunni/Shi’a divide. States began suffering from civil wars as a result of this split among the Islamic sects.

Rabi explained this phenomenon, saying, “many voices of the past were trying to renew their voices, every country became a mirror to portray the history of many, many chapters.”

These civil wars now define outside perceptions of individual states. These uprisings created openings for regional giants to capitalize on the weakness of less developed countries. Rabi provided the example of how Iran created an arc of influence and power through which they expanded their control. Yemen ultimately became a site of proxy war between Saudi Arabia and Iran.

After the historical background, the remainder of Professor Rabi’s argument came from his explanation of how geopolitics of the Middle East are perceived through the lenses of one country against the masses. He used the historical background to introduce the types of political and social divides that explain the shifting geopolitics within the region.

Rabi said that in the 20th century, the dominant narrative was Israel against all others, which is still a prominent trend. However, in the 21st century, Rabi sees the divisions as more internal, divided along religious lines.

Junior Abby Flynn shared her perception of his argument: “I think his main argument was that, in the past several decades, the central conflict in the Middle East has been ‘Every Arab State’ versus ‘Israel’. He argued that this conflict has shifted to be ‘Every State in the Middle East’ versus ‘Turkey and Iran.’”

Rabi’s reasoning for this shift is that Israel was problematic on the geopolitical stage, but Israel can be a cooperator when there is a common geopolitical denominator. Countries have realized a need for a stronghold to survive and adapt when oil goes away or loses value. Therefore, the simple respect for cultures allows countries to move on from differences and band together to prepare for the future. Alternatively, Rabi gave an “enemy of my enemy is my friend” explanation as to why Israel is seen as a lesser enemy in the recent decade.

Flynn commented on her perceptions of this argument.

“[It’s] interesting that his argument is contingent on a relatively recent policy shift in Arab states in which they stopped putting so much pressure on Israel over the issue of Palestine,” she said. “Essentially, he suggested that Arab states officially support Palestine but are less willing to engage in real policy that would push back on Israel on the issue. Thus, Arab states are generally more willing to cooperate with Israel currently because they see the Iran/Turkey threat as more pressing than the issue of Palestine.”

In tandem with Rabi’s argument, recently the UEA, Bahrain, Sudan and Morocco have established ties with Israel, demonstrating that the region is slowly, and cautiously, coming together.