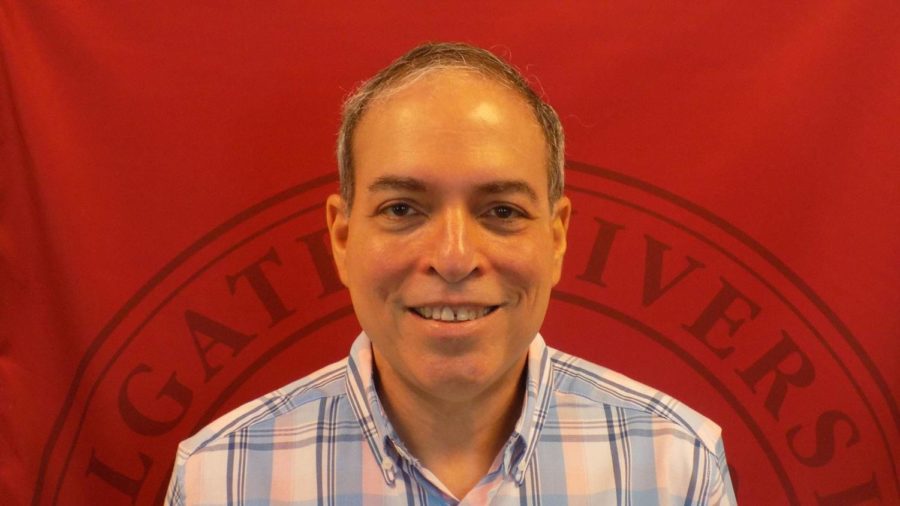 Succeeding Reverend Corey MacPherson, Campus Rabbi Barry Baron has been appointed to the position of University Chaplain for Colgate University. As University Chaplain, Rabbi Baron will assume the role of head of financial and administrative matters surrounding the religious community on campus.

According to Vice President and Dean of the College Paul McLoughlin, Baron is the second Jewish Rabbi to take the position of University Chaplain. McLoughlin said he recognized the need for religious plurality and inclusion on campus.

“With the appointment of Rabbi Barron, who represents the second time the Jewish Student Chaplain has been appointed to University Chaplain position at Colgate, all of our current chaplains will have served in this role.  I think this is important for any number of reasons but most importantly to ensure that we are providing fresh perspectives, programming, and diversity in this prominent role,” McLoughlin said.

The position of University Chaplain goes through a cycle similar to that of the academic department chairs, according to MacPherson. University Chaplains serve fixed terms of three years, with the possibility of a one-year extension.

Baron shared his aspirations to create a religious community on Colgate’s campus that is more inclusive through interfaith programming. Plans for programs include possible winter break trips abroad to Italy, Israel, England, Germany and Turkey, according to Baron. In addition to these trips, plans are underway to implement monthly dinner programs at the Interfaith House as well as appoint a part-time Muslim Chaplain.

“Standing together in sacred spaces and witnessing religious activity whether past or present increases the sense of awe and wonder that are essential components in purposeful living. Using religious terminology, we are expanding our sense of holiness in the world. The value of a Colgate education is predicated, in part, on the notion that through our encounters with others we come to better knowledge of ourselves,” Baron said.

A former Chaplain for the United States Army, Baron plans to continue prioritizing interfaith connections through his experience working with all military members and their families, regardless of their faith.

“The job descriptions of all chaplains hired by Colgate similarly express the notion that we are here to serve the entire campus community,” Baron said.

Similar to Baron, MacPherson also emphasized working toward the goal of Diversity, Equity and Inclusion (DEI) within Colgate’s religious community during his time as University Chaplain. According to Reverend MacPherson, he has worked toward this goal through initiatives such as hiring Beion Patterson, the first person of color to lead the Gospel Choir on campus, approving the recruitment of a Muslim student advisor, and adding a Muslim prayer room and a Muslim Student Advising Coordinator to the Interfaith House located at 110 Broad Street.

Reverend MacPherson’s term as University Chaplain will officially end on June 30, when Rabbi Baron will assume the position.

“Instilling a three-to-four year rotation in the University Chaplain role has been an important step toward equity because it allows for different voices and religious perspectives in leading the office,” MacPherson said.

MacPherson had served as an advisor for Muslim, Jewish and Hindu students during his time as Chaplain, claiming that he is excited about the addition of a full-time Rabbi to Colgate’s campus. Through his time working with multiple religious groups, MacPherson wants to remind students of the importance of interfaith acceptance on campus.

“There is much more that unites us in our religious traditions than there is that separates us,” MacPherson said.

Rabbi Baron recognized the symbolic significance of his appointment to this position, citing the history of Jewish discrimination on Colgate’s campus.

“Most Colgate students, staff, and faculty, will notice some slight differences between me and Christian predecessors, based on some differences in religious and cultural background and training […] I am acutely aware of the symbolic impact of my assuming this position. Colgate, along with many other colleges and universities, actively discriminated against Jews in admissions, hiring, and on-campus accommodation until the mid to late 1950’s,” Baron said.

According to Baron, his appointment to the position of University Chaplain may help members of marginalized communities on Colgate’s campus feel better represented and heard.