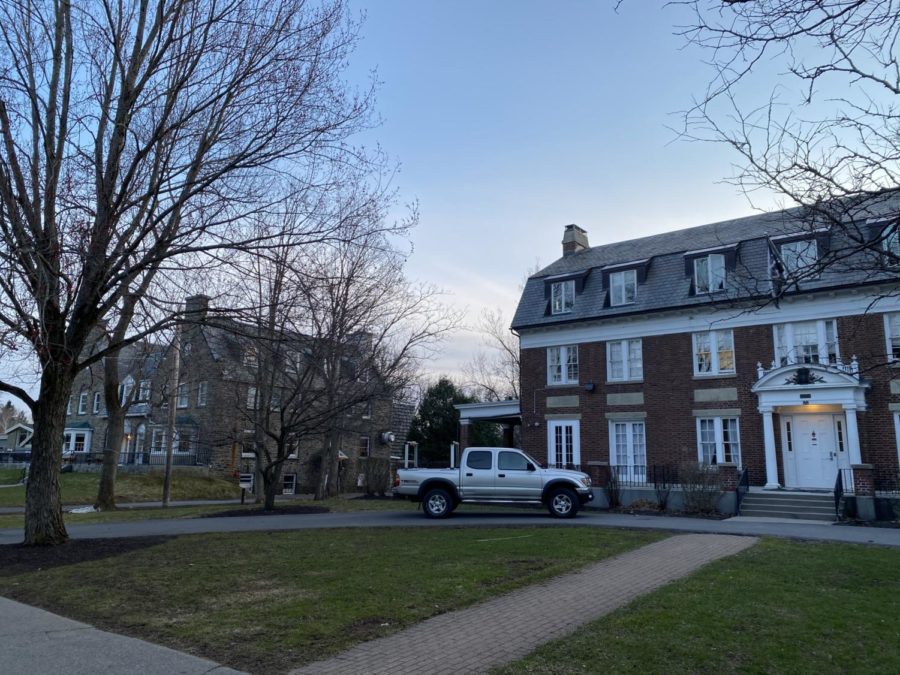 In an effort to make Greek life, and its recruitment process in particular, more transparent for both first-year students interested in learning about Greek Letter Organizations (GLOs) and those unaffiliated on campus, Colgate’s Office of Sorority and Fraternity Advising has worked alongside the Panhellenic and Interfraternity Councils (IFC) to implement a Values Week. In hosting Values Week, which took place last week from March 29 through April 1, Panhellenic and IFC hope to prompt productive discussion to address students’ concerns about participation in Greek life, specifically in terms of exclusivity and transparency.

A version of Values Week has previously occurred under the name “Greek Week,” highlighting each chapter’s philanthropic values as well as inter Greek competitions, though the event hasn’t been held the last two years. By changing the name, organizations hope to increase non-GLO participation by making efforts to increase inclusivity. Through a combination of informational sessions, open conversations and keynote speakers, GLOs along with the Director of Fraternity and Sorority Advising Amber Decker have created what they now call “Values Week.”

Former President of Phi Delta senior Michael Tom explained, “It was a good conversation which I hope provided some transparency surrounding Greek life and maybe even gave a little reassurance to the attendees that everything would work out just fine for them.”

First-year Reilly Simonds, who engaged in Values Week’s open forum discussion, expressed her desire to better understand how GLOs function both nationally and on Colgate’s campus. Simonds shared her indecision regarding her participation in the rush process, but hoped that the process would be one that allowed her to stay true to herself.

“I don’t want to be judged for being me,” Simonds said. “I’d like to be part of a community that embraces me for being myself, and I don’t really want to conform to other people’s standards. That being said, the [speakers at the event] did a pretty good job at saying it is a pretty inclusive community, so I really hope that while going through the recruitment process I will be able to see that for myself.”

Simonds also expressed satisfaction with Values Week’s emphasis on inclusion as it pertains to issues and efforts of Diversity, Equity and Inclusion (DEI).

Additionally, junior Caroline Haigood who serves as the DEI Chair for Kappa Kappa Gamma noted, “It’s really important for Greek organizations to explain their values before recruitment. It gives potential new members the ability to get a sense of each organization and if joining Greek life is something they want to pursue.”

President of Theta Chi junior Daniel Koch underscored the importance of implementing a Values Week from an organizational leadership perspective.

“Greek life is a dominant and intimidating social space on our campus,” Koch said. “The goal of Values Week [was] to bridge the gap between first-year students that may have lacked the opportunity to build relationships with students in Greek life and understand how Greek life operates on our campus. By building greater transparency through Values Week, we are hoping to encourage greater enrollment in Greek life as well as increase awareness of the many positive benefits of joining GLOs.”

“To me, it sounded like another way to get more people to join,” Traenkle said. “It seemed more like a publicity stunt to be like, ‘this is what we are, come join us,’ instead of focussing on the issues that we’re trying to highlight. They are just trying to steer around it by saying, ‘no, we are good!’ They are putting in the effort to try, but I don’t think that these events specifically are what this community needs, especially because I didn’t even know about the events. There are probably so many other people that didn’t know. If this is something that you care so much about and want to be such an inclusive place, then put it out there more.”

Despite her dissatisfaction at its implementation, Traenkle also acknowledged the precedence and inherent need for Values Week.

“The ideas that they have behind it, of having strong powerful women get together and encourage each other, that’s a very strong thing to preach. That’s very important, especially on this campus and in a male dominated world,” she said. “[Colgate] is just not doing it in the right ways.”