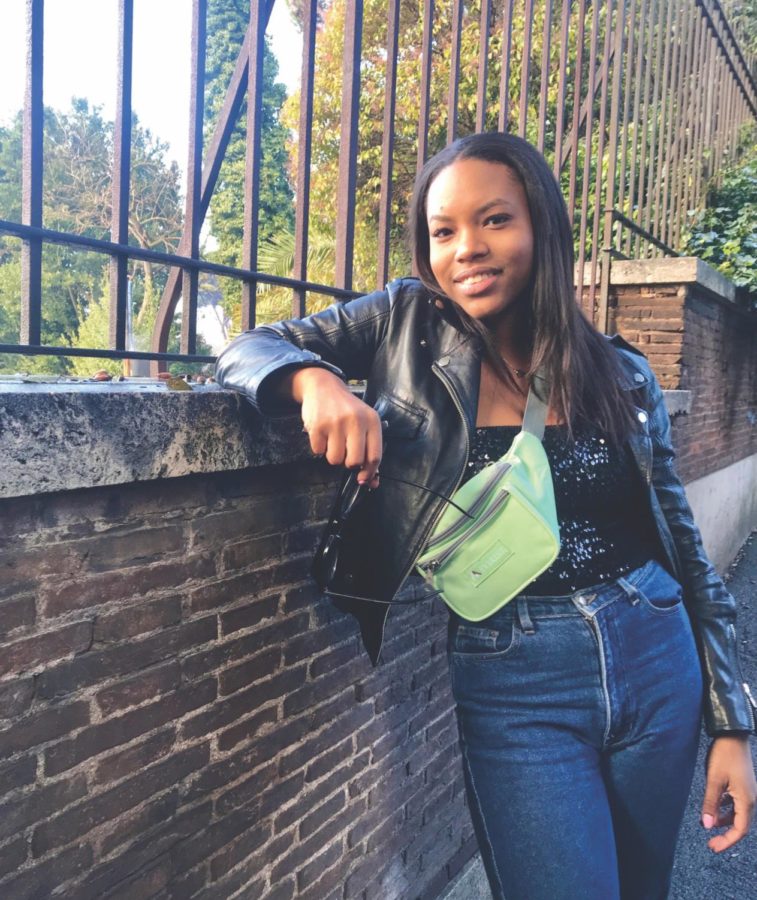 As the current seniors begin to take in their last few moments at Colgate and reflect on their past four years on campus, a feeling of nostalgia may begin to set in. Lauryn Poyser, a senior from Evanston, I.L., takes solace in knowing she will graduate leaving no stone unturned.

Poyser arrived on campus with ambition, drive and an open mind that has allowed her to dive head first into all Colgate has to offer and really make the most of her college experience. Never afraid to put herself out there and try new things, Poyser took the bold initiative her sophomore year of creating her own concentration. Passionately standing by her interests in public policy, economics and environmentalism, Poyser put together a list of courses that might align with her interests.

“I found an advisor that believed in it, and then I went to the Dean of Social Sciences with a proposal for why I wanted to [create my own concentration] and what classes would be in it,” Poyser said.

With the help of her advisor, Professor of Anthropology and Africana & Latin American Studies Mary Moran, Poyser will be graduating this spring with a concentration in international public policy analysis, focused in economics. Some of Poyser’s favorite classes she has taken for her concentration include International Law, Economic Development and Politics of Poverty.

When she is not studying, Poyser might be found doing work for her remote internship as a Financial Technology Program Intern at the Milken Institute, a think tank based out of Washington D.C. She does everything from helping write research reports to writing bi-weekly newsletters.

“Right now, I am working on a project that is looking at gender biases in venture capital funding, specifically for women founded fintechs,” Poyser said. “Why are they not getting the average amount of funding versus other male dominated companies? This has been really cool to look at.”

At Colgate, Poyser has spent time dedicated to advocating for herself and others as a member of Colgate’s Student Government Association. As a Senator and Multicultural Governance Board liaison, Poyser personally spoke to various multicultural groups across campus and advocated for them in bi-weekly meetings with Colgate’s administration to help change the language used in university reports.

“[This opportunity] provided me with an inside look on how to make change at Colgate,” Poyser said.

Additionally, after being selected as one of 350 fellows, Poyser became a Career Prep Fellow her sophomore year at Management Leadership for Tomorrow.

“This has been really pivotal in my time at Colgate, but also career-wise,” Poyser said.

Now, two years later, Poyser’s career goals have turned into a concrete plan. After graduation, she will be working in New York City as an Investment Banking Analyst for Goldman Sachs in their Renewable Energy and Natural Resources group.

“This is very exciting because I am interested in going into entrepreneurship in the future and really want to start something based in renewable energy and clean-tech. I think that this opportunity will provide me with exposure to that industry,” Poyser said.

Poyser’s plan for the future does not stop there. She also hopes to someday go to law school or get her masters in public policy.

It is clear that Poyser has made an impact on Colgate’s campus through her involvement in student government, the Career Services Center and the ALANA Cultural Center. However, Colgate has also changed Poyser in her four years on campus.

“Colgate has pushed me out of my comfort zone, from [my first-year] to now. I just feel comfortable advocating for myself at Colgate. Colgate has also taught me how to be resourceful… There are a bunch of resources at Colgate that I was able to tap into,” Poyser said.

Poyser provides a token of advice to underclassmen who are just starting to navigate their life at college.

“Not voicing your concerns or interest and not being bold will not get you anywhere,” she said. “It is a small school and you can easily drown. It is really important to go out there and be bold and voice whatever you want to.”

This go-getter attitude is what makes Lauryn Poyser such an admirable senior whose bold spirit and knack for promoting positive change will be missed greatly on campus next fall.