What Went Down in NFL Week One?: A Quick Look at the NFC and AFC Results 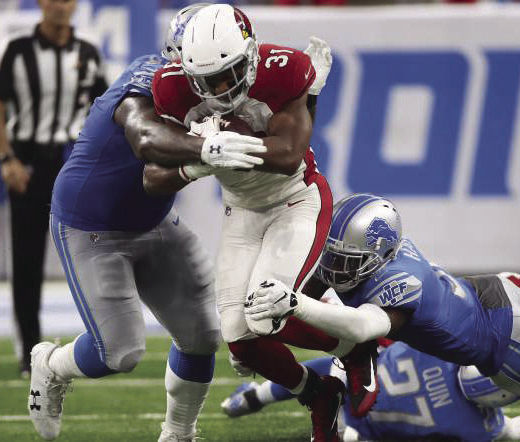 Star running back David Johnson broke his wrist in week one and is expected to be out for two to three months.

In the NFC East, it was rivalry week to kickoff the season. The Philadelphia Eagles went into D.C. and handled the Washington Redskins. Quarterback Carson Wentz was impressive, completing 26-39 attempts and throwing for 307 yards. Winning on the road against a division rival is never easy, but the Eagles were able to do it.

The Giants and Cowboys squared off in a Sunday Night Football bout in Arlington, Texas. The Giants hoped Odell Beckham Jr. would be good to go, but the ankle injury he suffered in the preseason lagged and kept him on the sidelines. The offense’s lack of production as a result of the absence of Beckham was noticeable, as Eli Manning struggled to find open receivers all game. Jason Witten continued to light up the middle of the field and exploit perhaps the weakest part of the loaded Giants defense: the linebackers.

On Monday Night Football, the Vikings home crowd overwhelmed the Saints and foiled Adrian Peterson’s homecoming. Dalvin Cook established his presence in the league and spoiled fantasy football owners, posting an impressive statline of 22 carries for 127 yards. The only thing the rookie was not able to do was reach the endzone.

The last notable game in the NFC was the Lions and Cardinals matchup. Matthew Stafford chucked four touchdowns and looked sharp, while wide receiver Kenny Golladay broke out and caught two TDs. The Cardinals suffered more than an “L” on paper. Star running back David Johnson will require wrist surgery and is expected be out for two to three months.

As for the AFC, the #1 and #2 seeds from last year’s playoffs, the New England Patriots and the Kansas City Chiefs, squared off in the premier Thursday night kickoff game. Rookie running back Kareem Hunt and the Chiefs shocked the league by steamrolling the reigning champs 42-27.

Another hyped-up game in the AFC during week one was the matchup between last season’s breakout, the Oakland Raiders, and the popular pick to succeed them in that title this season, the Tennessee Titans. It was a close game most of the way through, but quarterback Derek Carr and the explosive Oakland offense stole the “W.” Despite this loss, many still believe Tennessee will thrive this season and make it to the playoffs for the first time since 2008.

In arguably the most dramatic game of the week, the 2015 champion Denver Broncos bested the Los Angeles Chargers on Monday Night Football, with a score of 24-21. The game was dominated by Denver most of the way, until quarterback Philip Rivers led the “charge” back and set his team up for a game-tying field goal at the end of regulation. Chargers rookie kicker Younghoe Koo made it on his first try, but the three points were brought back because of a Denver timeout before the snap (known as “icing the kicker”). On Koo’s second try, Denver was able to block the attempt and immediately seal the victory.

In the other AFC contests, Steelers eked out a win in Cleveland, the Jaguars stunned the Texans with a dominant victory in Houston, the Ravens overpowered the Bengals who got deplorable play out of QB Andy Dalton and the Bills handled the Jets.