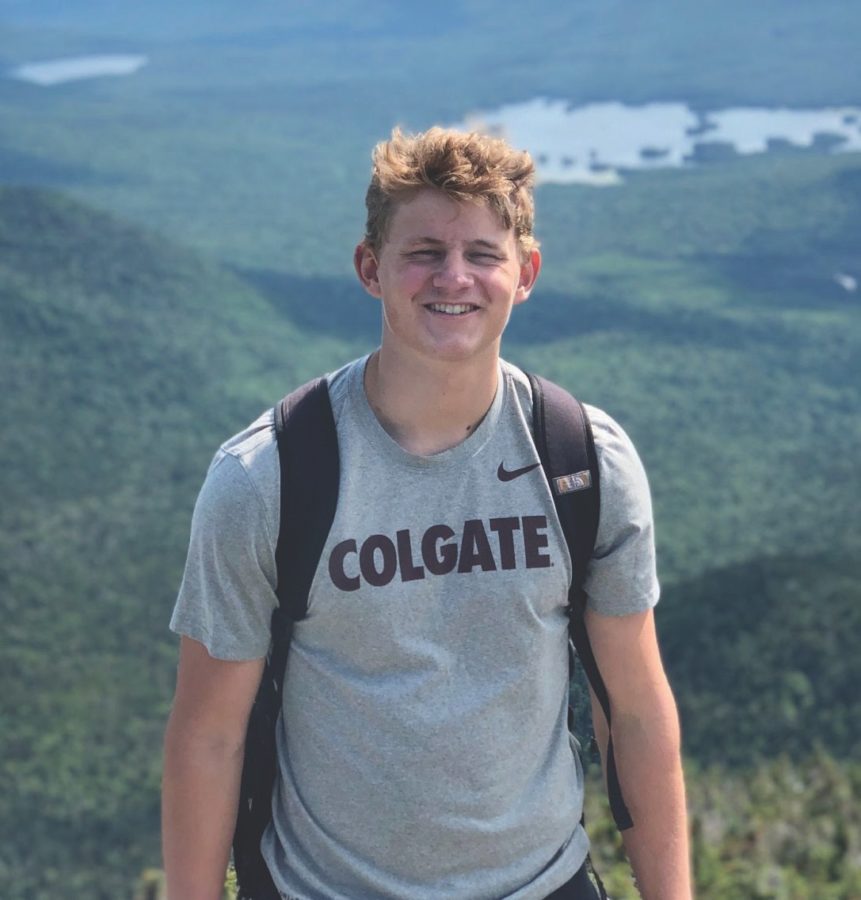 Tommy Colman, a senior computer science concentrator and film and media studies minor, played soccer throughout high school and wasn’t ready to give it up upon entering college.

The Colgate men’s soccer team of his first-year season in the fall of 2017 was quite different from the winning one he has co-captained this year. The team did not produce a win in either the 2017 or 2018 season, but Colman stuck with it for the love of the game and his teammates.

“I enjoyed it to the point that a friend Chris Burke and I volunteered to step up into a leadership role for our sophomore year to support the single captain at that time, who was a junior… throughout that year he transitioned us into being captains,” he said. “We made the schedule our sophomore year and learned how to do the logistical work… he really let us take the reins and have a helping hand in building the team culture and motivating the club to keep playing soccer.”

Come Colman’s junior year, the team had been revitalized and had its greatest showing yet. Not only did they capture their first win in what Colman estimates to have been four years, but the team had a record of four wins, one tie, one loss and just missed out on punching their ticket to the club soccer regional tournament championship.

Specifically, capturing the first win that season signified the turning of a new leaf on the team.

“Getting that first win was really big. My whole [first-year], we did play games, but we didn’t win. It’s kind of hard to keep playing and not be winning. We were a dominant team my junior year, and the players really feel that. So much of that was the culture of the team, the group we have — there was good banter and people were just enjoying hanging out with the team while they played.”

This year, club soccer has looked different due to COVID-19. They couldn’t compete against any other schools — even against Hamilton College’s team, who they’d usually meet for scrimmages. Practices now happen once a month, which is a stark contrast to the in-season two to three practices a week regime pre-COVID-19.

“Coming down from junior year where we had such a great season with a lot of spirit, it was hard to come back knowing this year had to be different… we came out of that fall 2019 season thinking that ‘Wow, we’re going to be really good next year,’” he said.

Despite this, their retention rate remained high because of the team’s newfound competitiveness. Colman explained that the team had previously struggled with retaining players, especially upperclassmen.

“The captain that came before me said that the [first-years] would come in and play, and as they got older, they wouldn’t come as much and made it a more casual deal. But in my time at Colgate, we’ve really gotten better; guys in my grade and the grade below have stuck around, and we’ve had some really great player… we now compete for game playing time,” he said.

With this upward trajectory, Colman leaves the team with high hopes for the future.

“I think going into next fall, there’s still a lot of that energy from the guys that went through that [growth] period of the team,” he said. “I’m hopeful that they’ll carry on the spirit that grew over my time [here], and wasn’t there when I was a [first-year] on the team.”