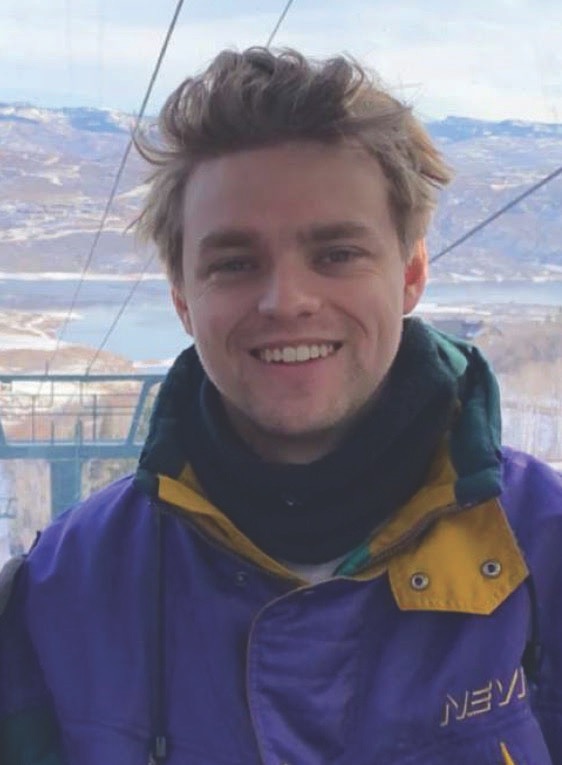 “I grew up playing hockey since before I could walk, basically, as one does in Minnesota,” Ferguson said.

Ferguson said that, to him, hockey is much more than just a sport.

“It’s obviously a sport that I love, but it’s also like a lifestyle. I hate to say, it’s kind of funny, but there’s a different lingo … Just, like, imitating maybe the very northern states where all your coaches are from, so you kind of pick up on their accent, too, and next thing you know you’re saying, ‘Eh’, like ‘Sauce me the ketchup ya beauty’ or something. But I don’t know, I just love it,” Ferguson said. “It’s a pretty tight knit community. There’s always hockey going on year round, especially in the winter on the ponds. It’s a huge part of the culture, and definitely the lingo and unique little phrases that hockey guys will say, and gals of course.”

Ferguson, now a captain of the men’s club ice hockey team, joined the team as a first-year. He enjoys the more laid-back atmosphere of the club.

“Pretty much anybody who can skate and has their own skates and a hockey stick can play, and the intensity level, I can’t necessarily speak for what the varsity guys are up to all the time, but that’s like, a full time job for them. They’re always working out at whatever hours, traveling all over the place,” Ferguson said. “Whereas with club hockey, we practice three times a week and in COVID-19 times we’ll play a game, like, two out of three weekends during the season, one game, and it doesn’t really matter if you show up or not, it’s just kind of laid-back, casual. People who want to come, come.”

The COVID-19 pandemic has disrupted many of the team’s usual activities, but after working to get access to the ice in the fall, they’ve been able to practice regularly this semester. Though he sees simply being able to practice as a win, Ferguson still misses the community that the team has had in the past.

“I’d say in years past, it was a bit more of a community than this year, obviously, with not being able to do anything, but really getting on the ice was a win. But in the past, there have been get-togethers after practice, meaning like hanging out with other clubs or sports teams for social events, or hanging out with each other a little bit more with games and road trips and things like that, but, this year, that wasn’t really possible. So it’s mostly just kind of hanging out on the ice at practice,” Ferguson said.

As much as he loves the sport, however, Ferguson is much more than a hockey player or fan. Double concentrating in economics and French and a member of Phi Kappa Tau, he is very involved on campus. After spending a gap year playing in a junior hockey league, Ferguson decided to cut the usually two-year experience short and begin his studies.

“I wanted to play college hockey all my life, and then, after a gap year – juniors – which is just all hockey all the time between high school and college … it’s kind of a thing one has to do to go play college, but I didn’t want to continue a second year of juniors, so I figured that club hockey would be a great way to stay active and continue playing my favorite sport, and not have to go through another year of that,” Ferguson said. “For me, two hours of hockey and 15 hours of video games or partying or whatever, that wasn’t really fulfilling. And I wanted to get on with my life a little bit.”

For Ferguson, club hockey has provided an opportunity for him to play a sport he loves without the intense lifestyle that comes with playing on a D1 varsity team.

“It gives a great balance of being able to play sports and stay active, without dedicating my entire college experience to it, which has been pretty great,” Ferguson said.

Despite being in central New York and relatively far from the hockey scene, Ferguson has found a community at Colgate that he can connect with through their mutual love for the sport.

“I was actually pretty surprised by the amount of hockey players that, you know, took it seriously back in high school and are at Colgate … There’s a lot of people who are pretty passionate about the game that aren’t on varsity, too. And I’ve had a lot of fun, being able to talk hockey with them. I wasn’t really sure that that was going to be a big deal in central New York, but it was nice to find a little bit of community in that sense, be able to … chirp them and not worry about things, and get it right back,” Ferguson said.