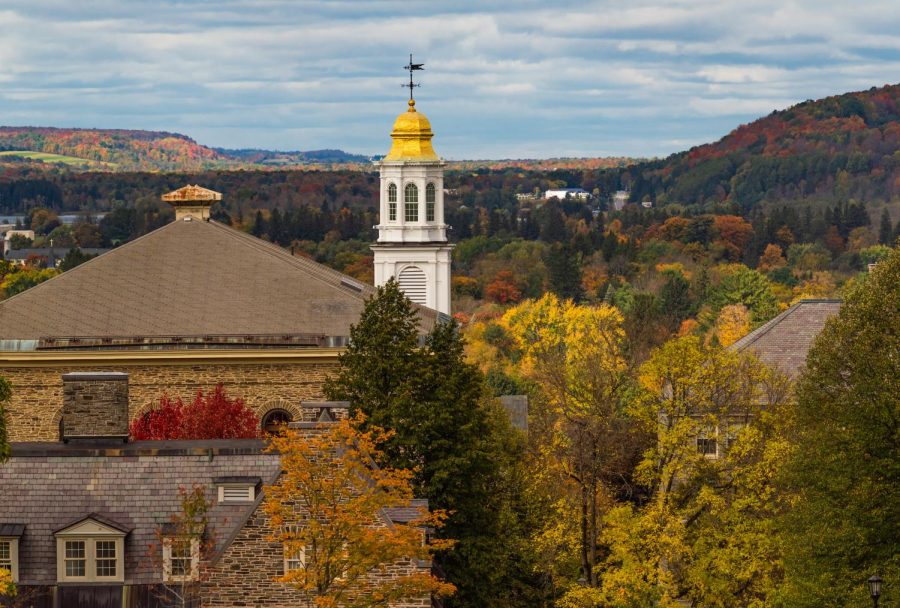 In a June 3 email from Vice President and Dean of the College Paul McLoughlin, the University announced the appointment of Ahmet Çelik as the first campus imam and Muslim student adviser.

Colgate has appointed Ahmet Çelik, a Ph.D. candidate and instructor in religion and Middle Eastern studies at Syracuse University, as the first campus imam and Muslim student advisor in University history.

The decision comes three months after opening a dedicated prayer space on Broad Street for Muslim students, faculty and staff members. Çelik will be a leader for the Muslim Student Association (MSA) and act as a spiritual and intellectual resource for students of all faiths.

“I’m honored with such a position of being the first Muslim chaplain at Colgate. I like the way that Colgate’s staff and students know each other, relate to each other, and the way they interact with each other. I think it’s going to be good for me to be a part of such a relatively small community, and I also like working with students,” Çelik said. “I also know that I have the kind of academic and theoretical background [for] such a position.”

Çelik received a BA in Islamic studies and theology and an MA in Islamic law and Ottoman political history from Marmara University. He was a visiting scholar at Columbia University between 2015 and 2017 and has most recently researched religion and human rights in Strasbourg, France. Çelik has also worked as a visiting imam for the University.

Vice President and Dean of the College Paul McLoughlin announced Çelik’s appointment via email on June 3. Discussions about hiring a campus imam began five years earlier when the MSA approached the administration, according to University Chaplain and Protestant Campus Minister Corey MacPherson.

MacPherson, who led the search along with MSA’s advisory board, confirmed that the search for Colgate’s first campus imam picked up in Jan. 2021 after receiving approval from administration to begin exploring potential candidates. The search team included Muslim students, faculty and staff members including committee member and MSA President Mohamed Esmail, who represented the interests of underclassmen. Despite a conversation with Hamilton College about the logistics of hiring a shared campus imam several years ago, nothing came of the discussion, according to MacPherson. The ongoing pandemic further postponed the University’s efforts to hire a campus imam and Muslim student adviser.

“I like to believe I was a good advisor to MSA. But I felt that I couldn’t compare to having an imam. [Students] want someone from their own religious tradition if possible, especially when it comes to meeting certain religious needs,” MacPherson said. “Having a Muslim chaplain to help navigate through that and just all the educational opportunities alone that’ll be available on Islam for the Muslim community is huge.”

In the past, the Office of the Chaplains has brought in guest religious leaders for larger services and holidays including Ramadan, while students have typically led Friday prayer. According to Macpherson, the administration recognized the necessity of an additional, part-time chaplain to meet the religious needs of all students.

“The MSA’s purpose of requesting an imam on campus is for two main reasons: community building and Friday prayer. The MSA community at Colgate was missing a centerpiece, like an imam, to represent and help build the community,” Esmail said. “With a new imam, we hope to bring more Muslim students to prayer and events while building the community further.”

The search committee ran into several difficulties while seeking out a campus imam. According to MacPherson, Colgate’s rural location posed a challenge of its own, with the closest imam located more than an hour away. To understand how other schools overcame geographic barriers, the search committee researched remote universities like Carleton College and St. Olaf College, both in Northfield, MN, who share an imam to meet the needs of a smaller Muslim student population. Beyond researching and talking with different seminaries, the search team posted the job description and application online to major networks like the New York Muslim Center.

According to MacPherson, Çelik was not initially part of the applicant pool. Instead, the University had primarily received international applications. However, the Office of the Chaplains encouraged Çelik to apply after watching him interact with students during Ramadan and several Friday prayers. Çelik explained that he accepted the position after enjoying his interactions with students on campus. In the role, Çelik will help students with any religious needs or questions they might have.

“I will try to provide our Muslim students with answers to any kinds of questions they might have about Islam or Islamic history and tradition, or any questions about spirituality or about their religious life. So, I will be a kind of advisor, a kind of counselor, a kind of friend, a kind of scholar and a kind of mentor,” Çelik said. “I am open to all kinds of students who have any religious backgrounds or nonreligious backgrounds, so whoever comes to me, especially wanting spiritual points, I can help them and guide them.”

Outside of counseling Muslim students, Çelik plans to organize interfaith events between religions, including collecting money for homeless persons and organizing trips to visit refugees. Çelik also looks forward to organizing different athletic outings that can bring students together. Aside from his position as a mentor, Çelik hopes to help with other intellectual events. His background in Islamic tradition means that Çelik can potentially teach introductory courses on Islam and religious studies and become an intellectual resource for faculty in the future.

According to MacPherson, the Office of the Chaplains received some questions about the way that Çelik practiced the faith. However, MacPherson confirmed that the inquiries are typical in the hiring of a new religious leader. The Chaplains’ Office received similar questions when they first hired the University rabbi. Overall, MacPherson claimed that students have expressed overwhelming support for Çelik’s appointment, who enjoyed his presence at religious events.

“From his interview and his Islamic sermons every Friday of Ramadan, the MSA grew very familiar and comfortable with him. He is very articulate and approachable. His love for Islam and his respect for all people is clear when he speaks,” Esmail said. “As more students come and go, [this position] can open up the MSA community to thrive on campus. This position also builds a safe space for Muslim students.”

Like Esmail, Çelik says he looks forward to building community and fostering Colgate’s mission of inclusivity and tolerance towards different religious faiths.