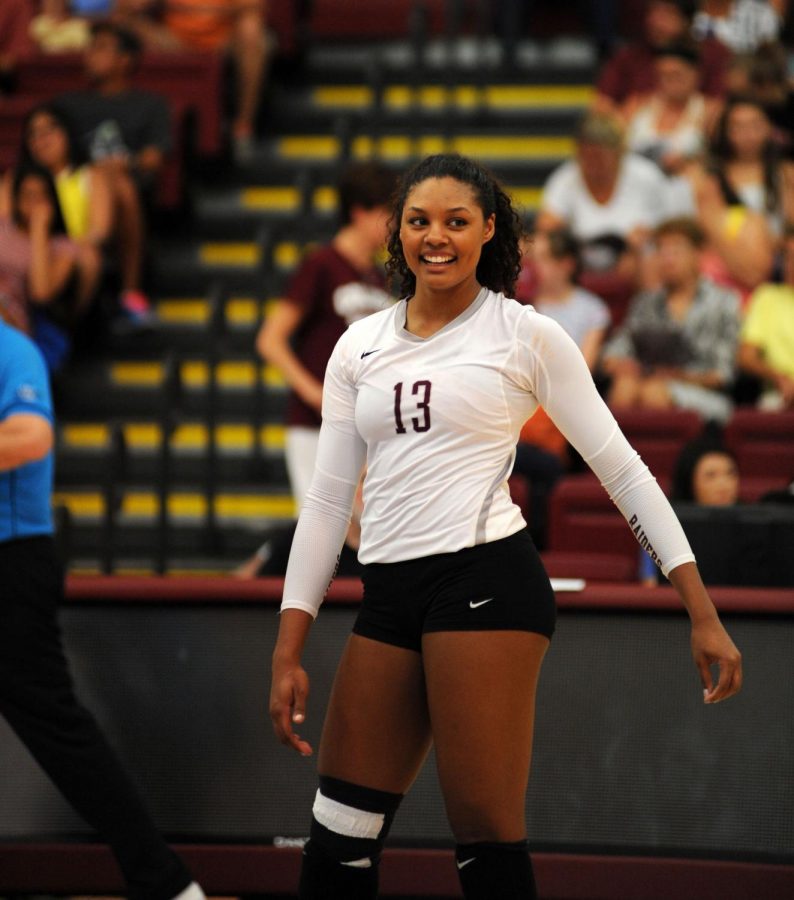 The volleyball team maintained its momentum, picking up two additional wins on the road this past weekend.

Over the weekend, the Colgate volleyball team traveled to Texas, where it played three tough teams from Tulsa, Little Rock, and Stephen F. Austin State University (SFA). Despite the tough loss against SFA in the tournament finale, the Raiders did not come back from Texas empty-handed. The women of the volleyball team proved their fighting strength with back-to-back wins against both Tulsa and Little Rock on September 8.

In their first tournament game against Tulsa, the Raiders were victorious with a 3-0 win. Colgate was able to dominate this game through the impressive skills of junior middle blocker Jaelah Hutchison, who tallied 10 kills in this game. She was followed by eight kills apiece from both junior outside hitter Katie Stansbury and first-year outside hitter Alli Lowe. Senior setter Lauren Sanderson was able to put up a whopping 35 assists out of a team total of 44. With the skills of these players along with the hunger to win after a previous loss to St. John’s, the Raiders were able to come out on top.

Coming off this win, the Lady Raiders geared up for their next game that same day against Little Rock. In the Little Rock game alone, Lowe had an incredible 23 kills out of the team total of 68. Throughout the tournament, Lowe racked up a team-best of 44 kills in the three matches she played in, equating to an astonishing four kills per set. With the help of Stansbury, who tallied 18 kills, and junior middle blocker Amanda Smith, who had nine kills, the Raiders were able to completely overpower Little Rock, with the final score reading 3-1. Lowe and Smith both were named to the all-tournament team for their performances.

Despite their wins on Friday, the Raiders were less successful in the tournament finale that took place against SFA the following day. Lowe, Stansbury and Smith each had very good showings again, and Sanderson had an incredible 40 assists. Sophomore middle blocker Taylor Flaherty and Hutchinson both had two blocks each. However, despite the team’s best efforts, the match ended in a 1-3 loss for Colgate.

“Overall, this was a really good weekend and we have a lot to take away from it. To me, it’s all about how we respond once we get back to Colgate. I have a lot of belief in our response and we needed this loss to push us even harder,” head coach Ryan Baker said.

Although the Colgate volleyball team was not able to win out against SFA in the end, it still came out with a winning record in the tournament. Moving forward, the team’s strong performance is sure to give it both the confidence and the drive to win this weekend’s games, during which they will have the home field advantage. They will take on Stony Brook University first on Friday evening, followed by back-to-back battles with the Cornell Big Red and the La Salle Explorers on Saturday.