Matt Silver and the Deconstruction of ‘Being’ 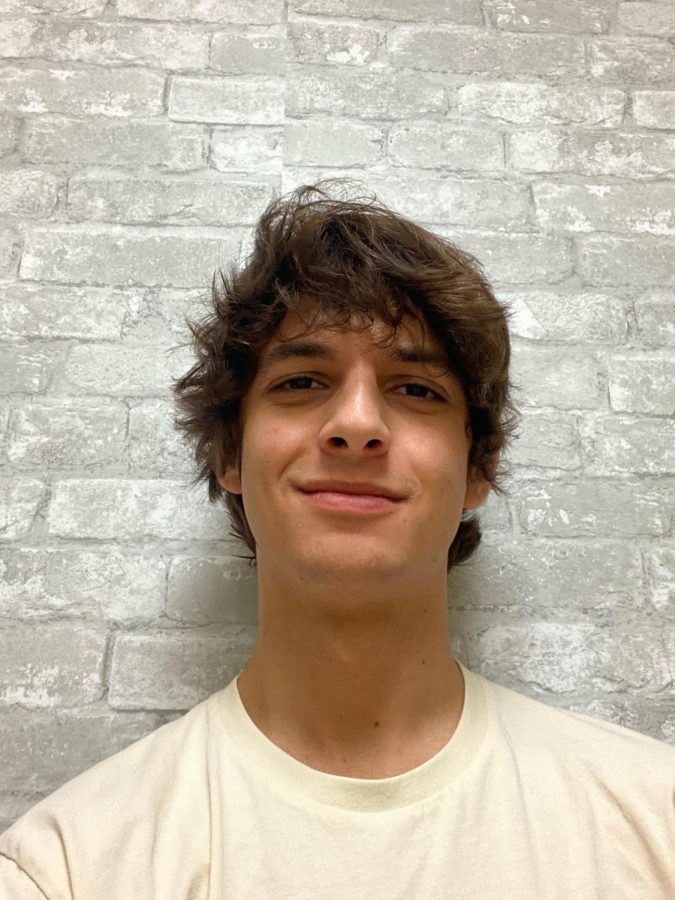 Printed with permission of Matt Silver

The process of questioning one’s existence is not for the faint of heart, as senior Matt Silver, anthropology concentrator and political science minor, emphasizes in his essay On Living: A Reevaluation on Being. Silver was awarded with the James Madison Fellowship this past summer from Colgate’s Center for Freedom and Western Civilization. Under the guidance of Professor Emilio Spadola, Silver aims to not question the notion of truth but rather critique the history and tradition of western philosophy on how individuals approach truth. Utilizing theories from Aristotle, Nietszche and Lacan, to name a few, Silver guides his readers towards a “realization of nothing” and a “realization of subject,” ideals that allow them to enter a temporary, accessible space of knowing he calls the “trans.”

“I think a lot of people still have this way of thinking and I just put it into words,” he stated when asked about his impetus to write this paper. “I wrote it for me [and] for the student like me. … The ability to look through all lenses, to be like an ocean, is cool. That’s kind of what I’m trying to get people to go towards.”

Silver’s first realization harnesses “a new existentialist empiricism: a renewed focus on the sensible over that of the abstract” (Silver 2021). This realization deconstructs the popular theories of ‘will to truth’ and ‘will to value.’ In doing so, Silver tells his readers that in order to empower the ‘self’ they must detract from their chosen ‘centers’ — i.e the sources from which they draw their truth from, whether it be a god or an accepted belief system. This realization urges them to reevaluate current forms of knowing, doing and being.

“If it’s not part of yesterday, today or tomorrow, it’s nothing we should be focused on and it’s not something that’s worth drawing data, or knowledge or truth from,” he explained. “The point is to get to a point that’s not really nihilism, where you’re saying that there’s no value to anything, that life is meaningless. Life isn’t meaningless after this first realization. … Life is amazing. Life is chaotic. It’s beautiful and we have to embrace all of that if we really want to accept this empirical reality.”

The second realization focuses on achieving a sense of place in this empirical reality while acknowledging how external factors affect one’s way of being and the formation of one’s identity. According to Silver, individuals still remain confined in the constraints of knowing and doing, making them not truly free of them; however, they can still become aware of it.

“Identity is just this imaginary game we play with ourselves and it’s extremely performative but it feels so real and I really talk about how there is this process of developing identity. [As Lacan states], when you see yourself in the mirror for the first time as a toddler, that’s the first time you are really creating the self. Then you start to attach signifiers. … A foundation for your identity has already been formed and all your memories, experiences, everything builds on top of it, layering it and cementing it until you think you’re your own person when in reality you’re just an acting medium. … It sucks, but that’s how it is. … But that’s also what being truly self aware is. It’s to be aware of what it is you actually are and the external environment in which you live in.”

In a period of time marked by the need for utilizing intersectional perspectives in everyday thinking, Silver’s work serves as a reminder of the complexities of taking a leap of faith on this journey of ‘unlearning.’ Silver challenges us to deconstruct our preconceptions in order to enter what he terms the ‘trans,’ a state of self-awareness. This state is a detached phase from reality that promotes deconstruction of what has been accepted, but not entirely detached from learned ways of knowing and doing. In essence, individuals use what they know to make sense of what they mean to deconstruct.

In his own understanding of the ‘trans,’  Silver recognizes his privileges while also acknowledging how he has started to think less of people’s reactions to his behaviors that may be deemed apart from what is accepted, altering his own way of being. He has put his mantras into daily practice, something he advises his readers to try.

“Knowing that this is all actually happening, it makes you open your eyes to certain things and you’re definitely less attached to beliefs or opinions because you’ve realized it’s just perspective,” he states. “In a way this has actually transformed my way of being in the world and through a school paper. I think that’s pretty cool and I think anyone can do it.”