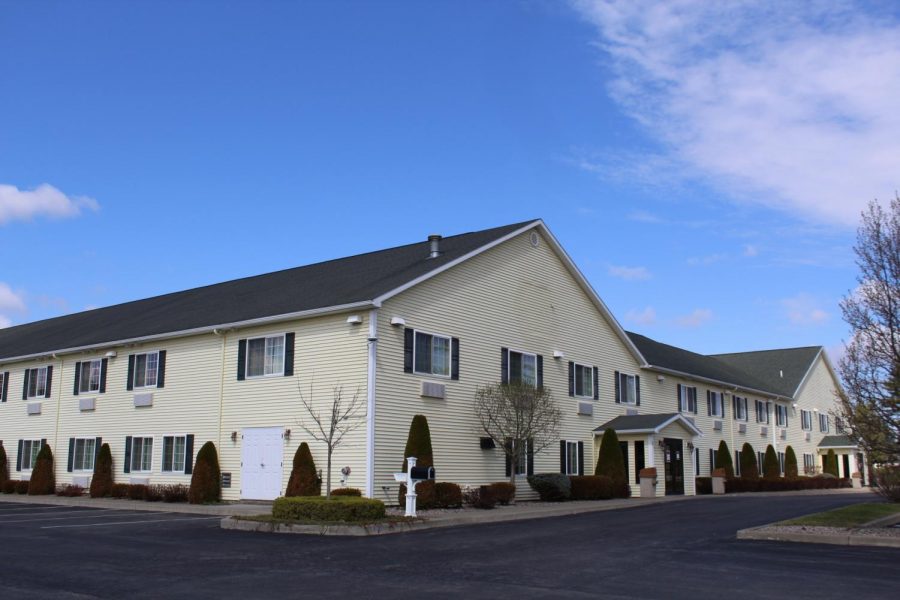 The Office of Residential Life informed students of new housing modifications, notably one being that Colgate will now offer the Wendt University Inn as a housing option for juniors and seniors, in an email from June 7. Other changes included placing some first-year students in 113 Broad Street and an overhauled Community Leader program.

113 Broad Street is a residence hall typically reserved for sophomore students, popularized largely by its flexibility regarding Residential Commons requirements. Unlike Upper Campus residence halls, 113 Broad Street has typically been able to house students of any Commons affiliation. This, however, is not the case, according to Community Leader Katie Hand, who remarked that the complex, made up of four distinct towers, has now become home to a large population of first-year students.

“The incoming class is about 900 kids, so they wanted to make more housing available,” Hand said. “They put [first-years] in 113. The Broad Street housing is now all sophomores. I think they just wanted to make more spaces available because it is limited up the hill with the big class.”

First-year students placed in 113 Broad Street were assigned rooms near other students in their Link groups in order to offset feeling isolated from the majority of their class who reside in Upper Campus residence halls, according to first-year Diya Mehta who is living in Whitnall Hall in the 113 Broad Street Complex.

“It’s been pretty okay. I think just the hills were a little bit hard to get used to. When I went to any of the [first-year]meetings or information sessions they usually said ‘[First-years] are up the hill so you’ll be right in the center of everything. If you ever need to go to something it’ll be super quick.’ It was a little bit of a shock to be far away and have to adjust to that in the morning to get to classes. Over time it has gotten better,” says Mehta.

There are pros and cons to living down the hill as a first-year, according to Mehta. Having suite-style bathrooms and a quicker walk to Downtown Hamilton are some of the upsides. Being a much farther walk from activities up the hill, however, has been difficult to adjust to.

“It does feel a little isolating, especially if it’s nighttime and there’s an event we want to go to later in the night. We have to make sure there’s someone to walk home with, because it’s not a two-minute walk,” Mehta remarked. “We have to make sure we have a buddy, like if we are out studying, we try to come back earlier because it is kind of far to walk down, especially if you’re alone, and as a first-year it is kind of scary.”

“It’s actually pretty nice here,” Hand said. “When they offered me the job as CL they described I would have my own bathroom and air conditioning. I also have my own car so I knew it wouldn’t be an inconvenience for me. But, there are some people who have to take the cruiser here which can be hard.”

“I decided to live in the Wendt because of the opportunity it presents to live in a single housing setting,” junior Richard Falvo said. “I prefer having my own living space, so when I heard about Colgate’s decision to extend University housing to the Wendt, I was pleasantly surprised.”

Some students viewed the addition of the Wendt housing as a reminder of COVID isolation, pointing to the Inn’s use as a quarantine space as a factor deterring them from opting to reside there.

“I am definitely opposed to living in the Wendt and would not choose to live there myself,” senior Jocelyn Shilakes said. “I appreciate the school’s attempt to provide students with the privacy the Wendt offers, but I honestly find it off-putting in general. Given the trials and tribulations of COVID at Colgate, and the stigma and personal memories of isolation at the Wendt, I would not want to live there permanently.”

Along with the new housing additions, there has been the addition of a new protocol called “CL on Call”. There are two CLs on call for each Residential Commons and the primary CL on duty is given a “duty phone” where students can reach them. They’re put in place to have assistance there in case their direct CL isn’t available.

“We have shifts, so you have to sign up for a shift each week,” Hand said. “Usually you are on call once or twice a week if you are up the hill. If you need a CL and your CL is not available or it’s later at night, you can call the CL on call and they’ll answer and they can help you with any situation.”

This new protocol provides extra support for students as they adjust to a new environment and living situation.

“I think housing will keep shifting around as more classes are welcomed,” Mehta said. “If next year’s class is near our size, we might have to be moved to upperclassman housing. However I do think this year’s circumstances were just different and they had to adjust accordingly, so perhaps next year, all incoming [first-years] will be moved back uphill again.”