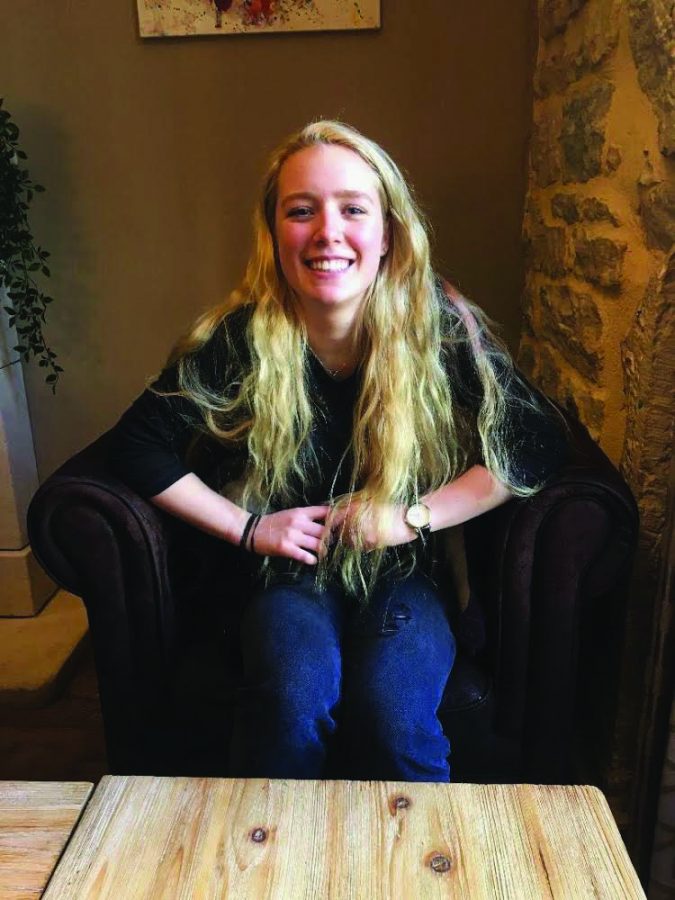 Printed with permission of Samantha Giuntini

Samantha Giuntini is a senior who is double concentrating in anthropology and French. This summer, she had a “double internship” of sorts — taking on two part-time roles through the Upstate Institute, a Colgate program that pairs student fellows with work through community partners anywhere in the Upstate New York region.

Giuntini originally had her sights set on working at the Carol Kinne Memorial Center in Columbus, NY, which commemorates the life and artwork of the late Kinne, a former Colgate professor. She applied for this position because she wanted to “document and preserve [Kinne’s] work so it can be enjoyed long into the future.” Giuntini’s interview for this position revealed that she’d also be a good fit for an online-presence management role at The Bell Tree, a non-profit children’s community center in nearby Earlville. After a few weeks of full-time documentation work at the Carol Kinne Memorial Center, Giuntini took on a different schedule to accommodate both opportunities.

“I worked in-person on Mondays and Wednesdays at Carol Kinne, and spent Tuesdays and Thursdays working from home for The Bell Tree … I was splitting my time between the two constantly throughout the summer, which was really fun because it meant I was thinking of something different all the time. Whenever I got stuck on one thing, I could work on the other. It was never ‘Oh, I’m just dragging my feet doing nothing.’ I’m always moving and switching between the projects,” she said.

The two projects had no obvious overlap in skill, making for lots of learning on the fly.

“It was a pretty big shift between the internships, by the tasks assigned at least. They were similar in that I was constantly learning. It was a lot of problem-solving,” she said.

While Giuntini dubbed herself an “art kid” growing up, she had little photography experience. A faculty member in the fine arts department gave her an hour and a half long tutorial in all things photos, in which she took frantic notes. From there, she applied what she had learned towards documentation, which consisted of unpacking Kinne’s artwork from her studio, describing its condition, size, title and year, and then finally photographing it and giving it a number to st0re it away in different, longer-preserving materials.

At the recently reopened Bell Tree (initially closed due to COVID-19), Giuntini took on the task of performing outreach.

“I had to learn to use WordPress, and reorganized [and] rebuilt the website to make it more streamlined and provide updated information. I was looking at their Instagram and giving my insight, as someone who uses Instagram, about what a business profile should be looking like, and how their business can reach more people.”

She even constructed a twenty-something page Google Doc tutorial on how to use WordPress for the current employees who are less tech-savvy than her. Giuntini said this was the most gratifying part — having it finally click for her coworkers. At Carol Kinne, Giuntini could also easily identify another highlight.

“My boss was Bob Huot [who was Kinne’s late husband], he’s in his eighties now and I would show up to work to check in with him every day and we would have a twenty-minute conversation about his life as an artist and how he met [Kinne], and who she was as an artist and person. A highlight was all the amazing conversations we had, getting to know [Kinne] through him. He was really sweet and enjoyable.”

When reflecting on her work with the Upstate Institute, Giuntini is really pleased with how it turned out  — “It was a great summer for me.”