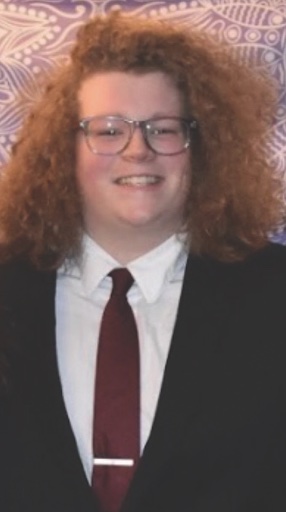 Printed with permission of John Slater

When you think of summer, you’re likely picturing yourself wearing shorts and sandals on a white-sand beach on a tropical island. Maybe, you’re simply laying around in the sun in the furthest place from where you took your last final. For John Slater, a senior concentrating in physics/astronomy and minoring in geography and economics, the perfect summer was right here at Colgate with a research position in the astronomy department.

Slater’s appreciation for the unknown aspects of the celestial universe were clear from the beginning; as a first-year, he attended a seminar about physics and astronomy and immediately connected with Professor Tom Balonek for future research opportunities. He further cultivated his interest by becoming heavily involved on campus, filling leadership roles within and outside of the science department to gain applicable knowledge in this area of study.

“My major involvements on campus are being the president of quiz bowl, co-president of star gate, which is the campus’s astrophotography club, and I’m involved in the mentoring program at Madison Elementary School called M&Ms. Those are my big three.”

The summer after his first year, Slater began a three year-long research project in which each summer focused on building from the previous summer’s data and findings. John graciously described his research in layman’s terms, noting the special significance of this past summer’s data analysis.

“This past summer was a build up. We started after my [first] year observing quasars, which are super massive black holes found in active galaxies very far away, about billions of light years away. We take images of them and study the amount of light given off from them over time. One of these objects is particularly interesting, a quasar called 1308+326; it was brighter than it had been for the last seventeen years. We did a lot of work trying to produce and reduce all of our data. This past summer, we worked on figuring out if there were any interesting patterns about the quasar.”

In addition to capturing images of the quasars, Slater and his fellow researchers collected and analyzed data, adding to the thirty years of data that Professor Balonek had previously recorded. Not only did this summer research opportunity allow Slater to gain hands-on experience in his field of interest, it also solidified his passion for astronomy and an interest in solving the unknown. Immediately being drawn to the astronomy department during his freshman year, Slater now knows he wants to work in this field himself.

Slater appreciated the opportunity this position offered him to work closely with other student researchers, sharing a common interest that fueled their investigations about the massive black holes within our galaxy. Slater has worked with nine fellow student researchers, all of whom shared in his quest to discover more about quasars and their patterns.

Despite the COVID-19 pandemic disrupting nearly every aspect of life, it minimally affected John’s research this past summer. Of course, there were the occasional online responsibilities but most of his research was uninhibited and fully in-person.

“Other than meeting virtually for a couple of hours every day, I was still able to do work in the lab or the observatory whenever I needed to. I still was able to see my research partners and collaborate easily. As for meeting virtually, we did this with our advisor as a safety precaution. It didn’t limit our productivity. We still were able to get lots of work done. Last summer was worse since we worked virtually the entire time.”

So, as the school year begins once again, make sure to inquire about your classmates’ summer experiences as they may have studied immense black holes or simply laid around on a white-sand beach.