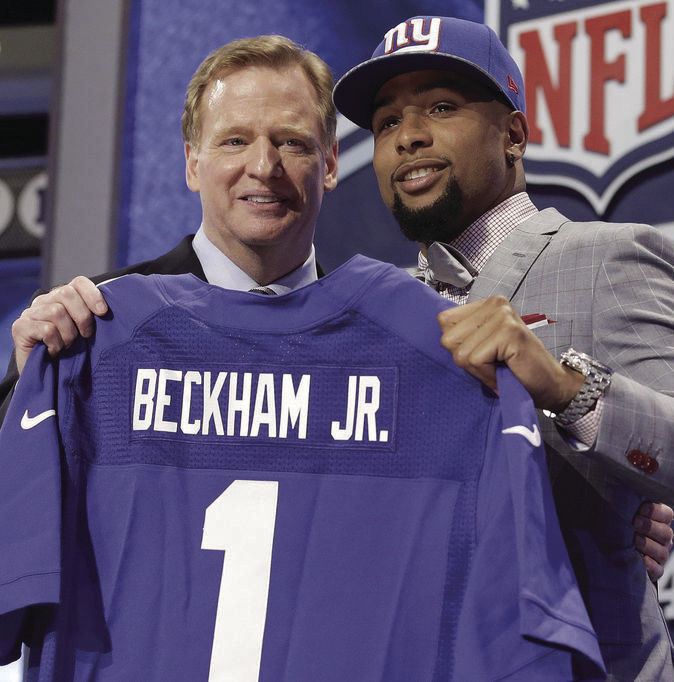 The New York Giants have the 23rd overall pick in the 2017 NFL Draft. General Manager Jerry Reese has made it clear that the priority is finding the most skilled player available, rather than simply adding someone to fill a position need.

The New York Giants’ season came to a crumbling end in the first round of the playoffs against the Green Bay Packers. While the Big Blue defense was able to limit Rodgers and Co. for most of the game, the Giants offense could not do enough to keep the game close. Odell Beckham Jr. is a superstar on his own, but he needs other guys around him to help spread the field and draw attention elsewhere.

Part of this was aided by budding star Sterling Sheppard. However the Giants need to find someone who can be a serious force in the middle of the field. The Giants should be targeting Alabama Tight End O.J. Howard in the first round of the 2017 NFL Draft.

While the Giants have the 23rd pick and Howard is projected to go around 10, it may be wise to make a trade if he falls to around 15. Howard is a 6’ 6” force who can be effective down the field and in the run-blocking game. Howard, a potential multi-dimensional addition, could be what puts the Giants over the edge as a top contender in the National Football Conference.

If the Giants are truly looking to find Eli Manning’s successor, Deshaun Watson could be the guy. Watching him against the loaded Alabama Crimson Tide defense in the Championship Game convinced a lot of people that he can be successful in the NFL. Watson’s intelligence and drive can carry him in the big leagues. If the Giants are seriously considering him, they would need to use their first round pick on him. I really like the idea of Watson in a Giants jersey, and since Manning likely has at least two or three solid years left, Watson will have the time to learn the offense and get acclimated to the league without too much pressure. Too often we see promising young QBs get plopped into a

difficult situation and fail. If Watson ends up with the Giants, this will not be

The Giants have needs that need to be filled on Draft Day. It would be excellent to see the team bulk up the offensive line, and fans always like seeing a new running back in blue. If the G-Men choose to go after a running back in the first round, fans can only hope that it will be Leonard Fournette of Louisiana State University. Fournette is a 235 lb. tank who runs downhill with a force. He was a consensus All-American in 2015 and has scouts comparing him to Adrian Peterson. Fournette would be an exciting pick, but he very well could be gone by the time the Giants are on the clock.

Defensively, the linebacker position could use some bolstering. Brother of J.J. Watt, T.J, is in the 2017 draft class and turned heads at the University of Wisconsin. T.J, during his days as a Badger, was always around the ball. He has a high football intelligence and would be an excellent second-round draft pick for the Giants if he is there.

Another Wisconsin Badger who might land in New York is offensive tackle Ryan Ramczyk. Ramczyk started out in Division III Football, but made his way to Madison. Now he will be making the jump to the big leagues as an expected first round pick. He is truly a product of “O-Line University” and hopes to live up to the precedent set by former Badgers Travis Frederick and Joe Thomas. Once again however, the Giants could easily get shorted because of their late first round pick. Many of the talented players that might be perfect on the Giants will be gone by their pick.