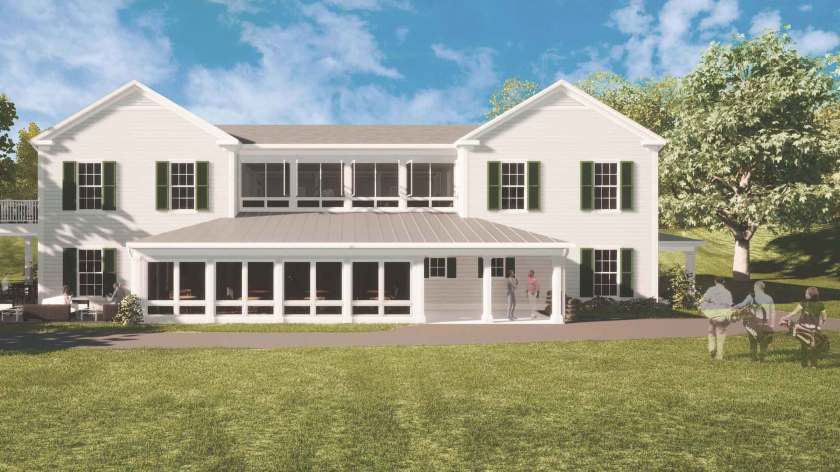 CLUBHOUSE CORRECTION: Plans for the new Seven Oaks Golf Club include changes to the course as well as a revamped clubhouse, restaurant and pro shop.

The Seven Oaks Golf Club has begun major renovations to its restaurant and club facilities this fall. The building was torn down this past week and will remain closed for the duration of the season.

According to the club’s website, renovations will be made to the 18-hole golf course, clubhouse and other facilities, including the golf shop and fairway bunkers. The course will remain open, but with some limitations, including a temporary hole and the golf shop operating in a non-permanent structure across the street.

According to Seven Oaks Golf Club Administrative Liaison Joseph Hope, after its opening in 1934, not much has changed around the clubhouse or golf course, giving staff the opportunity to devise a plan to reimagine the architecture of the building and the clubhouse.

“Very little work had been done there in years and things were breaking. So instead of doing things one-off, we created a strategic plan,” Hope said.

Looking through the documents left by the late architect of the golf course, Robert Trent Jones, staff began to develop a plan for major renovations to the site.

“We found things that had not been done to the course like he had imagined so we engaged with an [architecture firm], Forse Design. They developed a master plan that would be executed if we could raise the funds from donors, which we have been able to do. We also worked on making updates to the clubhouse which was in desperate need of repair,” Hope said.

Students have expressed concern about the Clubhouse restaurant being temporarily closed, as it was one of the few upscale dining locations around campus.

“I was saddened to hear about the clubhouse closing because it was a nice option for dinner, which I enjoyed going to. I do think that Colgate students will be at a disadvantage since there aren’t many restaurants in town, but I believe that students will find a way to work around it,” junior Dillon Kneafsey said.

Additionally, the University’s golf team has had to modify their daily practices in order to accommodate the renovations.

“Renovations are definitely forcing us as a team to adapt and change the way we approach practicing and qualifying. Usually, we play 18 holes to simulate tournament rounds but now with certain holes closing down for renovations it makes it tough,” junior Akhil Giri, a member of the golf team, said.

According to Hope, the target completion date for the Seven Oaks Golf Club renovations is May of 2022.

“Our target for completion is the first graduation in 2022, which we then backed into a start time of the fall of this year.  It is an aggressive timeline but we think we can do it,” Hope said.